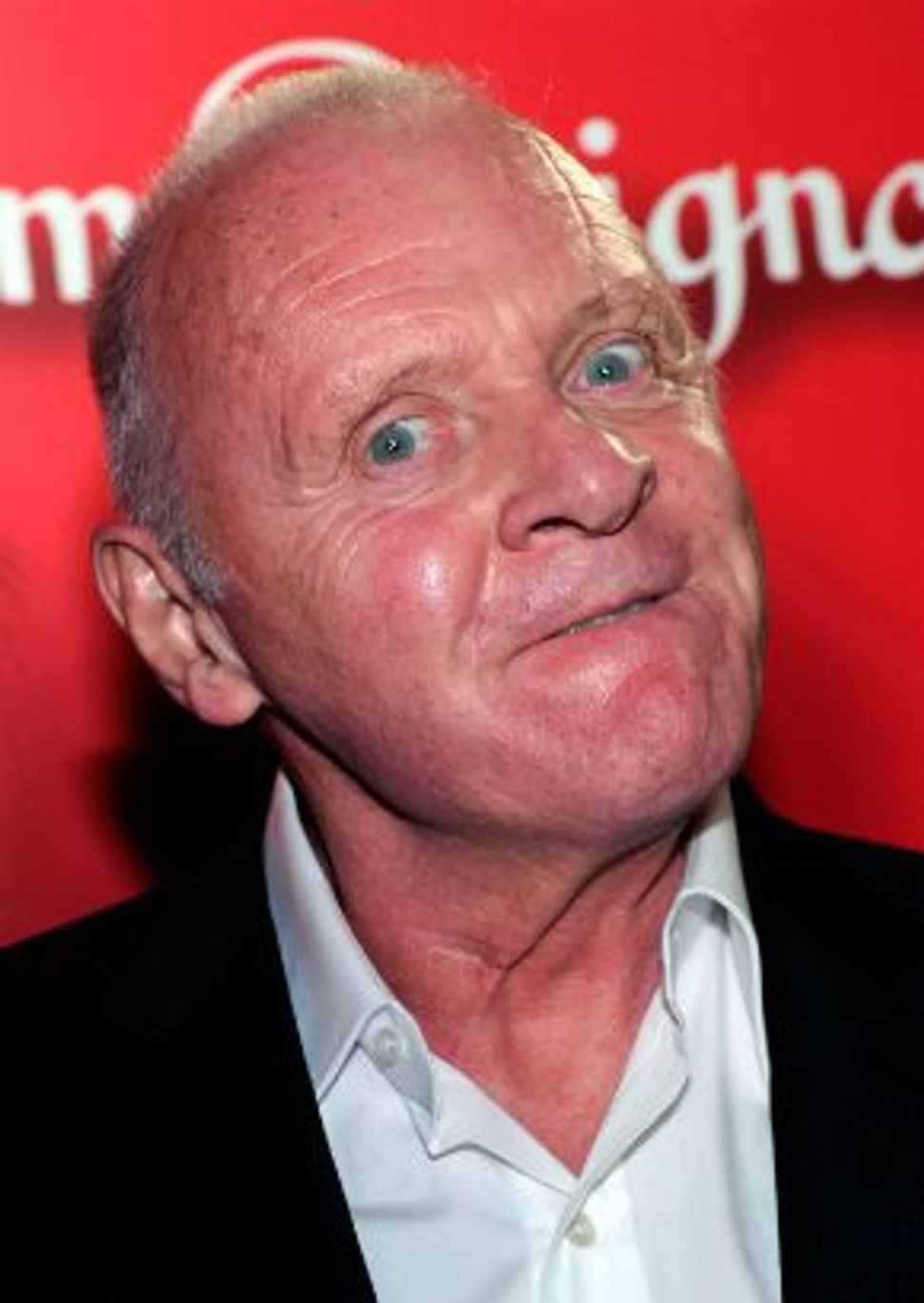 Yes, but will he eat the animals?

Actor Anthony Hopkins, whose signature roles include the face-chewing “Silence of the Lambs” cannibal Hannibal Lecter, has signed on to play Methuselah in “Noah,” an upcoming big-budget bible epic from brainy Jewish director Darren Aronofsky.

As the Times of Israel noted this week, “Hopkins, 74, is 895 years younger than the character he’ll play.” Hopkins hasn’t commented, but Aronofsky waxed rhapsodic on Twitter. “i’m honored to be working with the great sir anthony hopkins. we just added him to the stellar cast of #Noah.” Aronofsky wasn’t awed enough to honor Sir Anthony with capital letters, however.

Paramount will release the film in 2014, according to WeAreMovieGeeks.com, which noted that the film’s cast includes Russell Crowe in the ark-building title role, along with thesps Jennifer Connelly, “Harry Potter” star Emma Watson and Ray Winstone.

Aronofsky, whose credits include last year’s Black Swan, also posted a photo from the Noah set on Twitter. “I dreamt about this since I was 13. And now it’s a reality. Genesis 6:14 ‪#noah”, Aronofsky revealed.

For a director whose debut — 1998’s brainy sci-fi thriller “Pi” — cost $60,000, “Noah” represents a massive undertaking. “I’d like to thank Paramount and Regency for backing my team’s work to breathe new life into the biblical epic. I rejoice that Russell Crowe will be by my side on this adventure. It’s his immense talent that helps me to sleep at night. I look forward to being wowed by him every day,” Aronofsky said in a (non-Tweeted) statement.