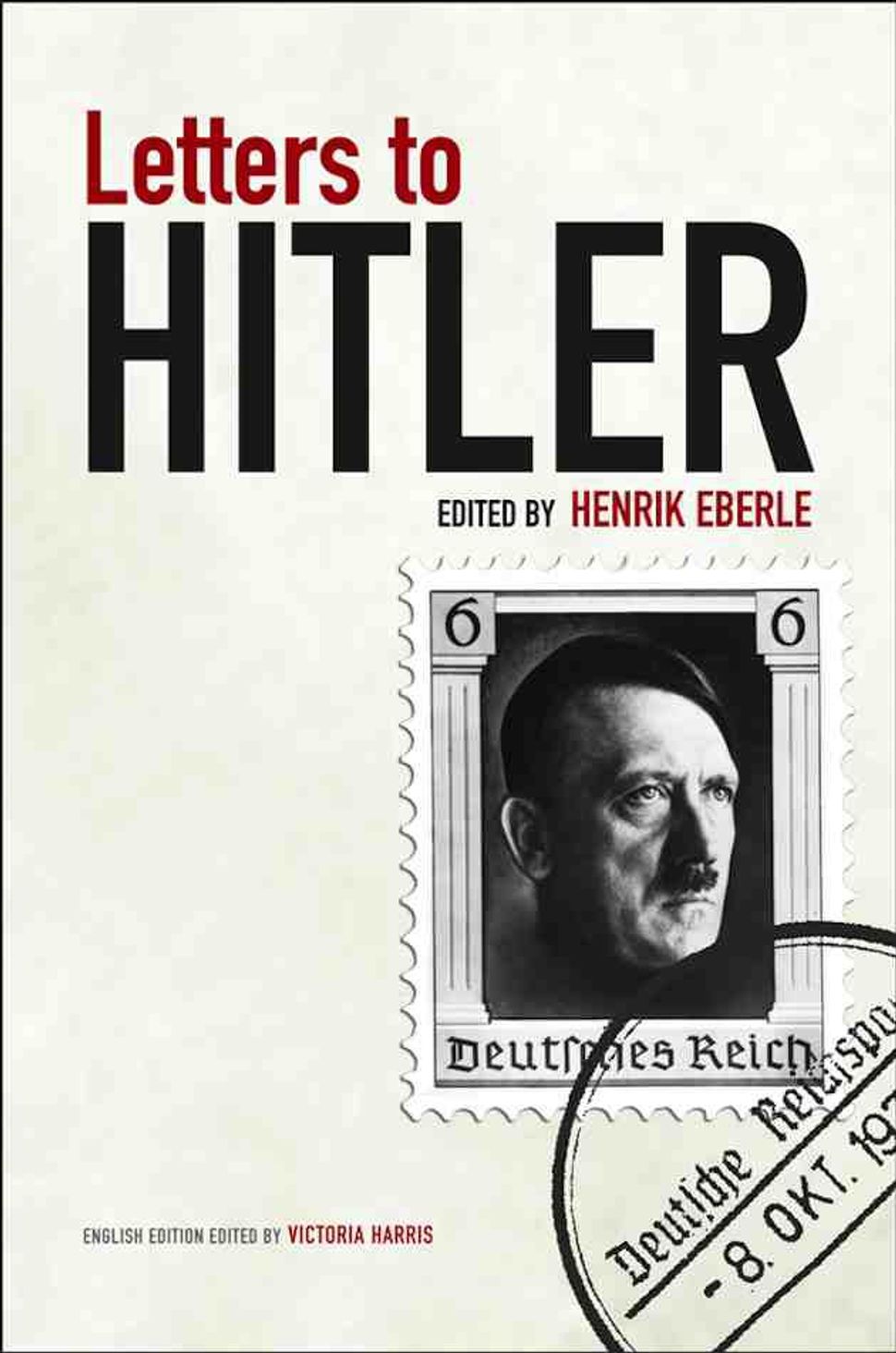 Understanding how a nation can embrace anti-Semitic tyranny is a complex problem. “Letters to Hitler”, out in May from Polity Books, helps explain the matter. Historian Henrik Eberle, co-author of “The Hitler Book,” has selected from thousands of letters written by Germans of all ages from 1925 to 1945 from a collection found in Moscow’s KGB Special Archive, where they were transported after the war.

Originally published in 2007 in a lengthier version by Verlagsgruppe Lübbe as “Letters to Hitler: A People Writes To Its Führer” these missives created a media sensation in Germany and even inspired a 4-CD audio book. The impression is of a people sadly brainwashed, such as the Karl Fessler family, who in the early 1930s sent a photo of their ten month old daughter Rita, “raising her little hand in the German salute… If she is shown a picture of Uncle Hitler she immediately salutes.”

Furthering the belief in predisposition among Germans for fascism is a plea mailed circa 1934 from a 13-year-old girl in the Memel territory, annexed by Germany but today in Lithuania:

Come as soon as you can and save us from the Jews and Lithuanians. Here the Jews are not only taking our bread away from us, but even sacrifice Christians at Easter time. Every child is afraid to go into a Jewish shop before Easter.

By aping their parents’ prejudices, these indoctrinated German children represented the future of Nazism. Childrens’ reading material was propagandized to fit the times, as a schoolteacher declared in 1934 after his children heard Frances Hodgson Burnett’s “The Secret Garden” read aloud: “It sprang from every heart that the royal son who thus frees his people and makes it happy is none other than Adolf Hitler.”

Some notes of praise contain the seeds of irony akin to the biting wit of Ernst Lubitsch, who directed the 1942 anti-Hitler comedy “To Be or Not To Be”; one suppliant sends handkerchiefs with the Führer’s face embroidered on them, only to be rejected, possibly due to the prospect of having devotees wipe their noses on them. Ditto the rebuff received by an ambitious entrepreneur who wanted to market brands of Führer cigarettes and cigars since, he argues, the cigars named after the Prince Of Wales have sold well. Overall the message is, as expected, grim, of a flock of faithful worshipers racing towards disaster and infamy.