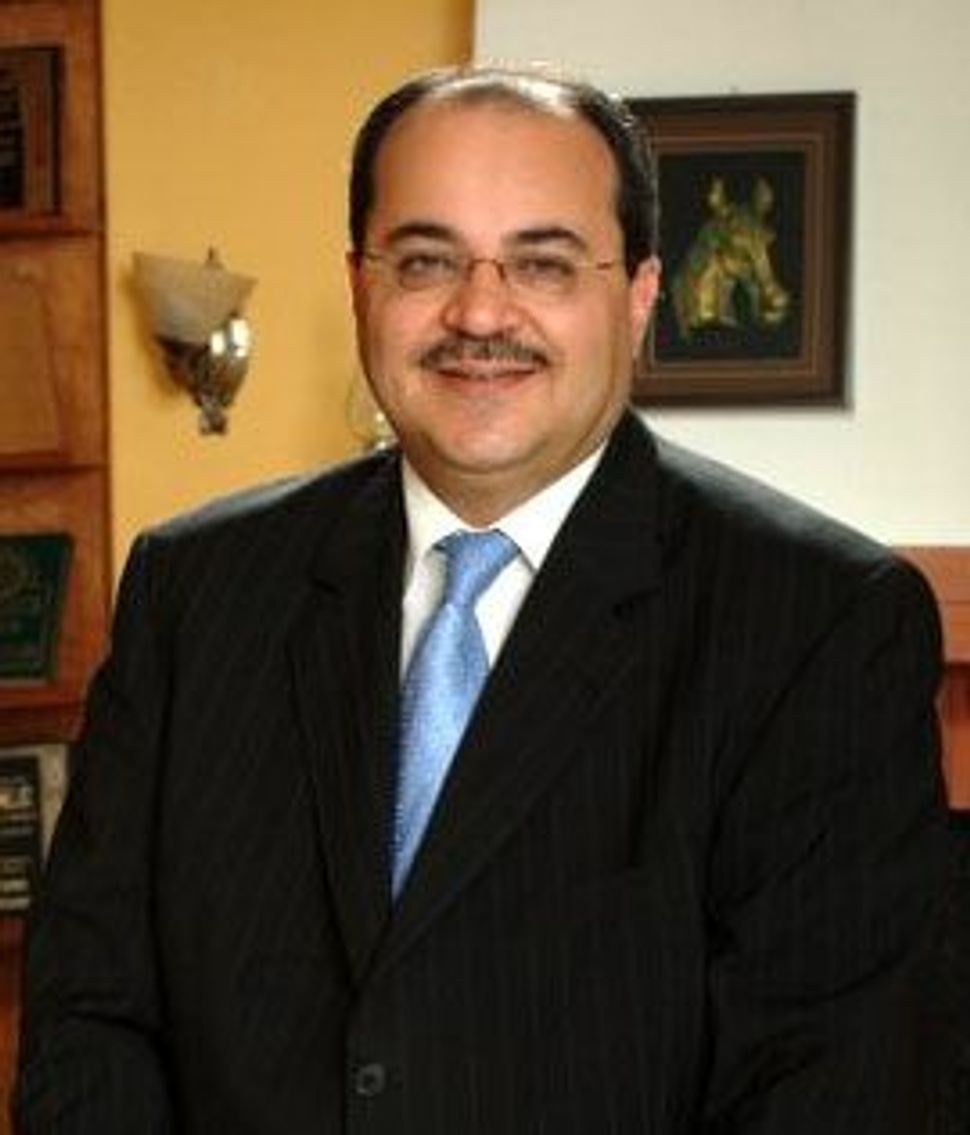 In 1988, Israel’s Central Election Commission banned the extremist lawmaker Rabbi Meir Kahane from running again for Knesset, on the grounds that his party was racist and undemocratic. Since then, he’s never been seen at the Knesset podium… apart from yesterday.

An Arab lawmaker, Ahmad Tibi, held up a photograph of Kahane at the podium, and ripped it in to pieces. It was a response to the decision of Michael Ben-Ari, the sole self-declared follower of Kahane who serves in the Knesset, to tear up a New Testament and release a photograph of himself doing so.

“The thought, the racist, fanatic ideology, which stands behind a Kahanist, a follower of Kahane that makes him tear up a holy book is a sick thought,” said Tibi, asking: “Where did he get that racist ideology?” He answered his question by holding up Kahane’s picture.

Chaos then ensued, with Knesset speaker Reuven Rivlin calling ushers to disconnect Tibi’s microphone, but they didn’t and Tibi carried on talking. “You are a shame to a zoo, never mind the Knesset,” he shouted at Ben-Ari, who grew increasingly angry and had to be restrained by ushers.

There are many levelheaded Israelis who have enormous disdain for Kahane, who was murdered in 1990, and would like to blot out his memory. But the Knesset as a venue for revenge tearing attacks — seriously? There are enough truly reprehensible people in this part of the world that if lawmakers were allowed to tear all of their photographs, the Knesset would look more like a confetti factory than a political chamber.

The Knesset breaks up for the summer vacation at the end of next week, and looking back on a year that has seen the chamber degenerate to high school-style mischief with water fighting, rude rhyme and photograph shredding, one wonders what shenanigans may be on the cards for an end of year prank.