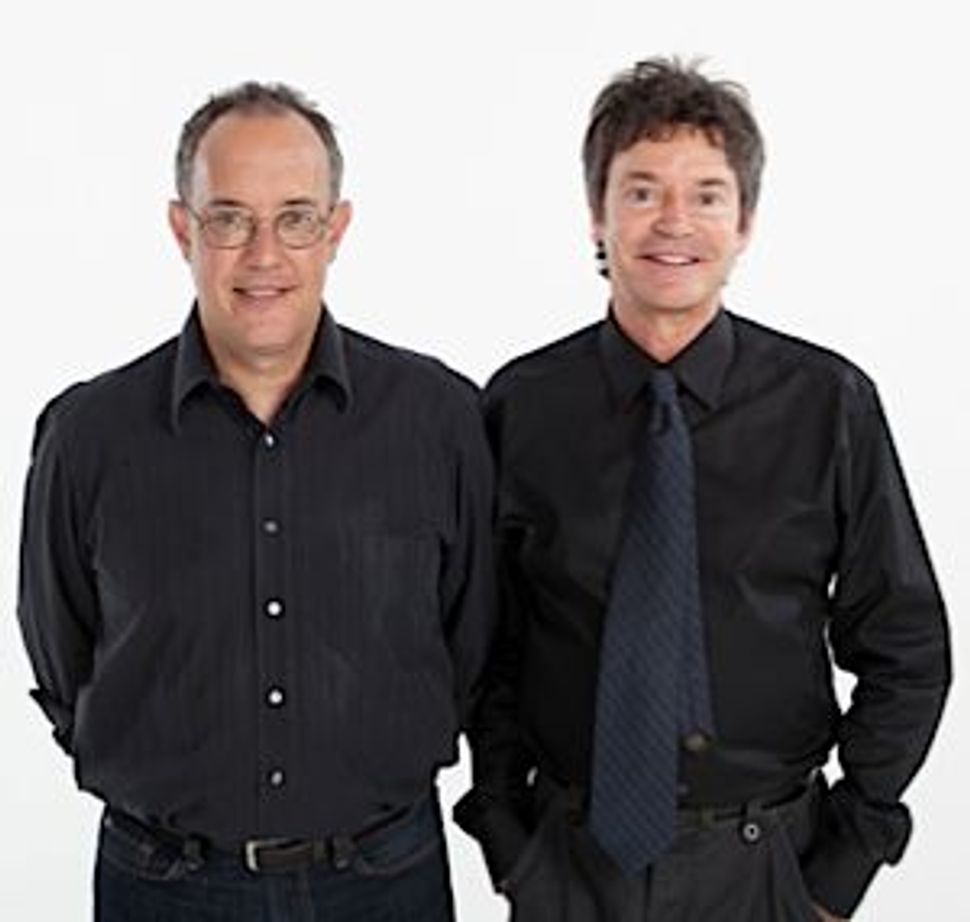 David Crane and Jeffrey Klarik earned their stripes more than a decade ago for their work on two of the most popular series in television history. Crane co-created the NBC series “Friends,” while Klarik received Golden Globe and Emmy nominations as a writer and producer on another NBC show, “Mad About You.”

The two got together in 2006 to work on “The Class,” a short-lived CBS comedy, and are now at the helm of one of the funniest shows on television, Showtime’s “Episodes.” 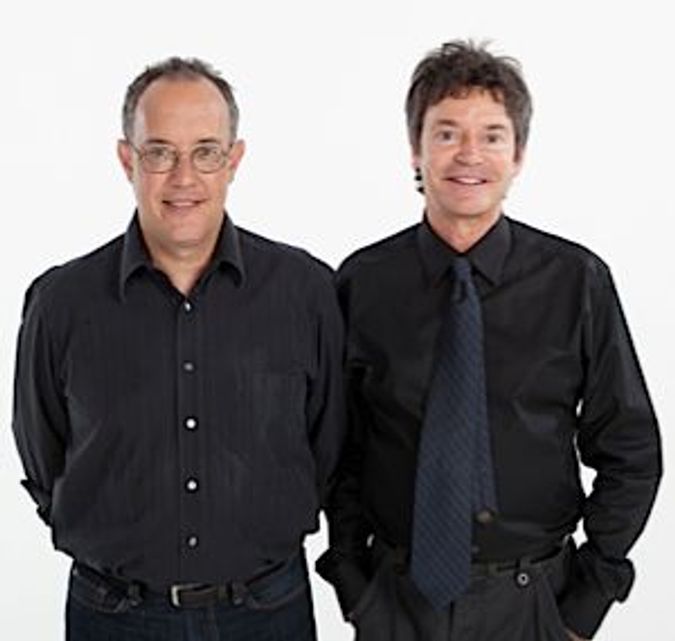 In the program, British husband-and-wife writing team Sean (Stephen Mangan) and Beverly (Tamsin Greig) Lincoln, won two BAFTAs (the British Emmy) for “Lyman’s Boys,” a program about an elderly, overweight and sympathetic instructor at an exclusive British school. The series attracts the attention of American network executive Marc Lapidus (John Pankow), who says it is the greatest show he’s ever seen and insists the couple come to the United States to adapt the show for American television.

Of course, there are problems. Instead of an older, respected teacher, Lapidus insists that the central figure be a young hockey coach. Instead of” Lyman’s Boys,” the show will be called “Pucks.” And instead of the honored British thespian who portrayed Lyman, the role will go to

“Friends” veteran Matt LeBlanc played by, well, Matt LeBlanc. Crane and Klarik spoke to the Forward’s Curt Schleier about the series’ real-life inspiration, Jewish humor and being partners in work and life.

Curt Schleier: You always hear about executives giving writers “notes,” but would they really buy a successful show and then completely change it?

David Crane: There is very little exaggeration. We are poking fun, but it’s real. We have writer-producer friends who have experienced all of it. We just went through some of our experiences and took the best of them.

What do you think of the fact that two Americans created a show about a fictional British program that comes to America, and that your show is shown in Britain as well as in the United States?

Jeff Klarik: We’re very aware of the irony. And most all the American characters are played by British actors.

You are not only professional partners, but life partners, as well. Does that mean you’re married?

Crane: No, we just got life. We didn’t feel the need to rush in before Proposition 8 [the California ballot initiative that eliminated the right of same-sex couples to marry.] We’ll wait and see what happens.

You’ve been a couple for more than two decades. When you first got together, did either of your parents say, “Well, at least he’s Jewish”?

Klarik: [laughs] My mother actually loves David more than me. I’m not kidding. She keeps saying: “Where did he come from? He’s from heaven. He’s a gift from God.”

Crane: Our parents were very supportive.

Can you tell me a little about your Jewish backgrounds?

Crane: I grew up in suburban Philadelphia, very Reform Jewish, assimilated Jewish. I went to Hebrew school, had a bar mitzvah and went to Brandeis. I’m Jewish more in terms of food than anything religious. Passover is a chance to cook with matzo. Unless someone is getting bar mitzvahed, you won’t find us in a temple.

Klarik: I grew up a lot more Jewish. We kept our real name. My family is from Russia, and Friday evening we’d have chicken. In the afternoon I’d go with my grandfather to the kosher chicken place, and the rabbi would bless the chicken and then kill it. I remember when I was young, going to shul with my grandfather. We would be downstairs, and my grandma would be upstairs.

Did you come from funny households?

Klarik: There was a lot of humor, and my father loved to laugh. We’d go to see different comics at clubs: Shecky Greene and Woody Allen. And when Jackie Mason was in town, we’d go see him. I kind of grew up loving Jewish humor. Crane: My parents were in television. They had a local Philadelphia morning talk show, and they both had big personalities.

Does your Jewish background inform your work?

Klarik: I think it made me who I am, and writing is an extension of who I am. I hear my mother’s voice in all the women characters I write. It’s just inside me. That kind of Jewish mentality is very hard to shake.

Crane: I would agree with Jeffrey that everything we write is informed by who we are; however, I don’t know how much is informed by my being Jewish, being gay or being short. I think all these things inform some of the voices you hear in your head.

Jews don’t always get to be Jews on television. On “Mad About You,” the obviously Jewish Paul Buchman (played by Paul Reiser) married an obviously non-Jewish woman, Jamie Stemple (Helen Hunt). Why is that?

Klarik: I don’t think it’s a conscious decision. Sometimes it’s a casting thing. She sure doesn’t look Jewish, so let’s be vague about it.