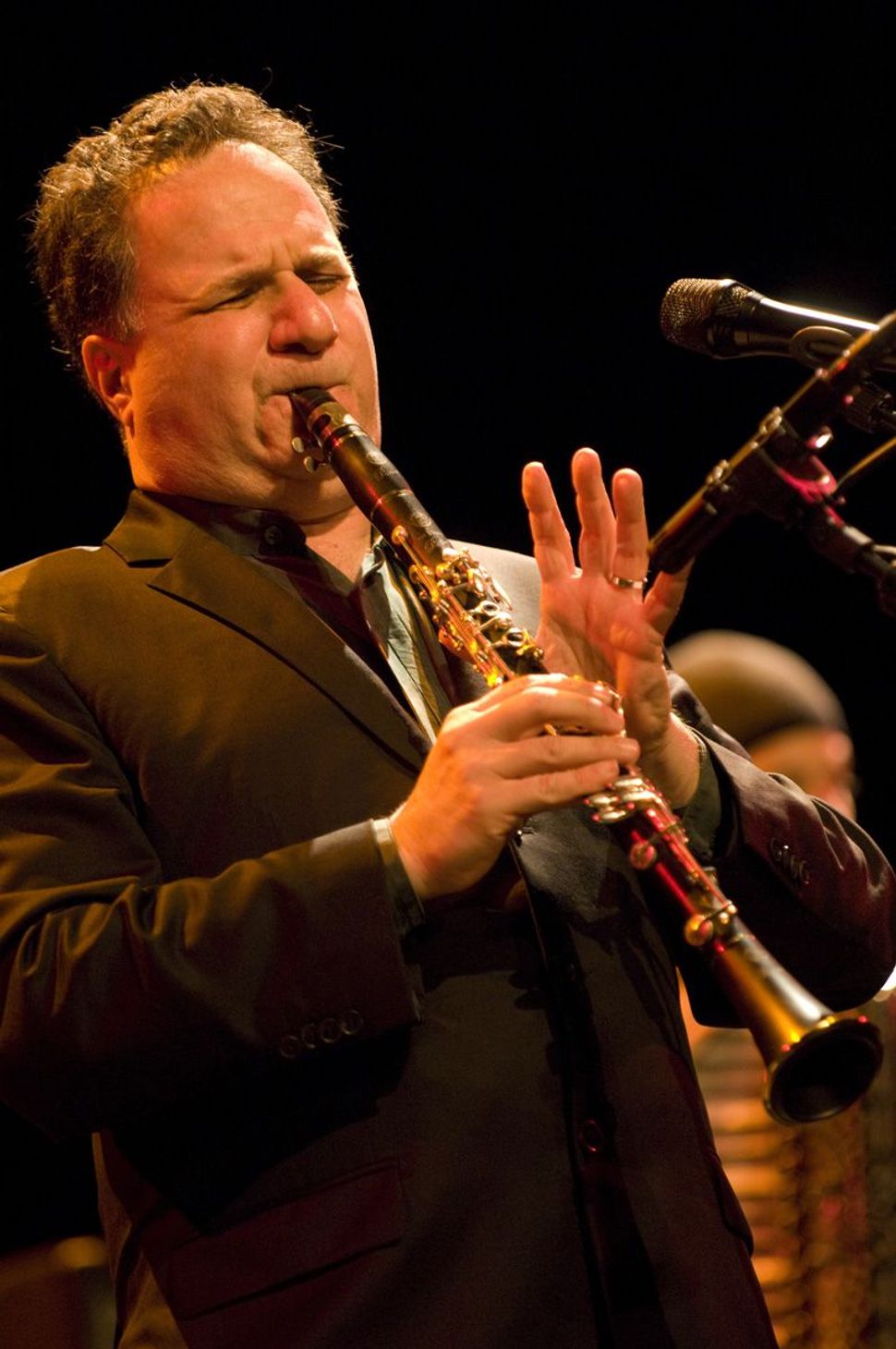 David Krakauer is among the world’s foremost klezmer clarinetists. He has worked with diverse collaborators, from the neo-classical Kronos Quartet to legendary funk trombonist Fred Wesley. What he brings to this date, in addition to a virtuosic treatment of the score, is the ability to extract from his clarinet sounds one indeed associates with dark corners of the subconscious.

“Tandal,” the album’s seventh track, opens with clarinet shouts that sound vaguely reminiscent of later John Coltrane free jazz screams. They then evolve into what seem like the existentially frustrated bellows of some angry fantastic bird, run over by a truck of its own fantastic bird lust. On this track, as throughout the whole record, Krakauer is in constant rapport with guitarist Sheryl Baile, each of them pushing and egging the other on so that each piece’s metamorphosis unfolds in a way that’s raw and fresh. The drumming of Michael Sarin is complemented by the laptop beats and arrangements of artist Keepalive. Another rhythm section member, Jerome Harris, not only plays bass but also sings in a manner reminiscent of Bobby McFerrin’s more esoteric moments. All this makes for an unusual configuration for a jazz collective, and further underscores the fluidity of definitions at play.

Listening to this album, one gets the impression that although Krakauer himself is comfortable in a variety of genres including funk, hip hop and punk, his clarinet is not equally at home in all of these styles. For reasons that have to do as much with anthropology as tonality we’ve come to associate the dominating horn instruments in these genres with a certain lower-register, supposedly masculine sound.

The clarinet’s upper registers, in contrast, which Krakauer fully utilizes, are characterized by whimsical plasticity and gender ambiguity. Krakauer’s playing is by turn hoarse and gentle, confessional and coy, beautiful and downright mean. The result is an exilic presence in an identity vertigo, a rabbit in bear’s fur coat, who dances the hell out of his alien self. More than ever before Krakauer’s clarinet ventures into the realms of intensely personal yet supra-human. And those are exactly the sorts of places where you’d imagine Zorn’s angels to be.