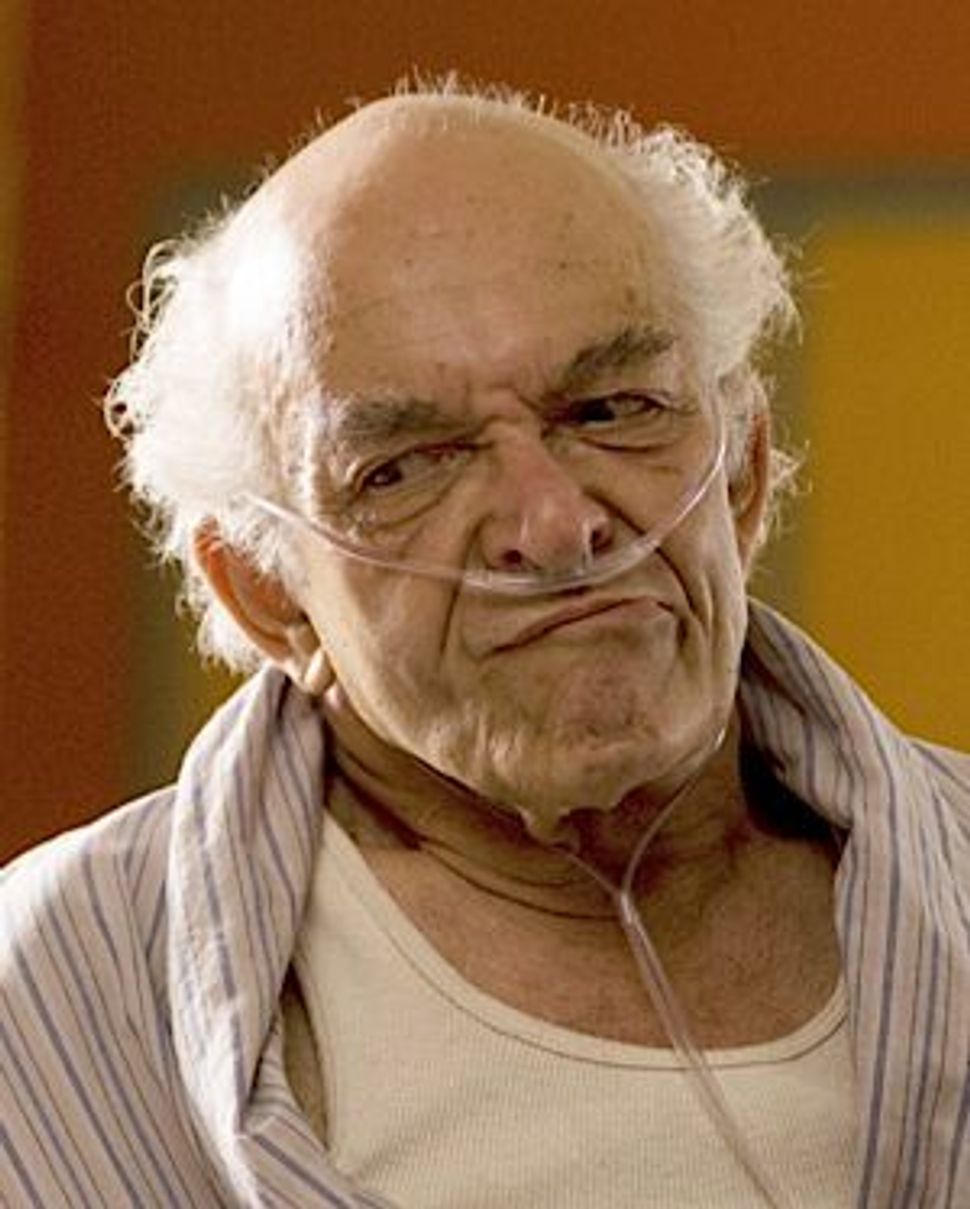 Image by Courtesy of AMC

You may not recognize Mark Margolis’s name, but you’ll certainly know his face.

Margolis was recently nominated for an Emmy Award for his guest performance in the hit AMC series “Breaking Bad.” He has had roles in “Scarface,” “Pi,” “Black Swan” and “Defiance,” often playing Jews, priests and Latinos. He was nominated for an Emmy for his turn as Hector “Tio” Salamanca, a paralyzed drug lord who is able to communicate only by ringing a bell affixed to his wheelchair. Margolis talked to The Arty Semite about playing a paraplegic, what he’ll do if he wins the Emmy and about his great-grandfather’s tefillin.

Curt Schleier: Do people ever ask where they know you from?

Mark Margolis: They say, “What did I see you in?” I tell them: “I don’t know. I wasn’t with you when you saw it.” I get stopped 50 times a day. Years ago, I was at a red light in Hollywood when I was living out there. I was driving this ancient, beautiful 1973 Pontiac I’d bought for $50. A guy pulls up next to me and says, “Man you’re a movie star.” I said, “If I was a movie star, would I be driving this piece of s–t?” He said, “That’s your cover car; your Rolls is in your garage.”

What is your family background?

My father started a couple of Reform synagogues, though he came from religious people. All my older relatives came from Europe. My great-grandfather used to put on tefillin every day. The Forward? That was always around when I was a kid. I still have my great-grandfather’s tefillin. I took them into a Judaica store once, and some people there wanted to tear them open to see if the scrolls were damaged. I had a fit. I told them I can still smell my great-grandfather on them.

You knew your great-grandfather?

He was alive until I was 7 or 8 years old. We lived near Fairmount Park [in Philadelphia.] He’d carry a gallon jug and we’d go to a place where a pipe was sticking out of some rocks, and he’d fill the jug with fresh spring water. He was probably born in the 1860s, and I have him in my left hand and my son, who was born in the 1960s, in my right. I have my Judaism from all these relatives, my great-aunts, my great-uncles. You know how you can come out of the ocean and you have seaweed hanging on you? It was as though they had pieces of Europe hanging from them.

You earned an Emmy nomination for a role in which you don’t speak. All you can do is twist your face and ring a bell to communicate. Was that a difficult role to play?

I stole that from my mother-in-law, who was paralyzed from a stroke in a nursing home in Florida. She could only move her mouth. In 1948, Jane Wyman won an Academy Award for playing a mute in “Johnny Belinda,” and in her acceptance speech she jokingly said she won for not being able to say anything.

What do you think your chances are?

I may have a good chance because I’m playing an interesting character. But some people have said that Michael [J.] Fox [nominated in the same category] will probably win. He has an ailment and might get a sympathy vote. But I’m 72, and that’s worth a sympathy vote, too. They might think I won’t make it to another ceremony.

Any idea of how you might tilt the odds in your favor?

Your award will be given out with the technical awards at a separate ceremony September 15. I assume you’ll be there?

I think I’ll go out for this, unless I send a Native American. I think that woman [Marlon Brando sent] is still available. The last award I won was as Boy Scout of the Year 1952, Troop 62 in northeast Philadelphia.

Have you thought about what you’ll do if you win?

To what do you attribute your longevity?

I think I do relatively decent work. I don’t give anybody problems. And I’m an unusual type to begin with. People will often come up to me and say, “You’re that wonderful character actor.” But I’m not a character actor; I’m a weird-looking romantic lead.