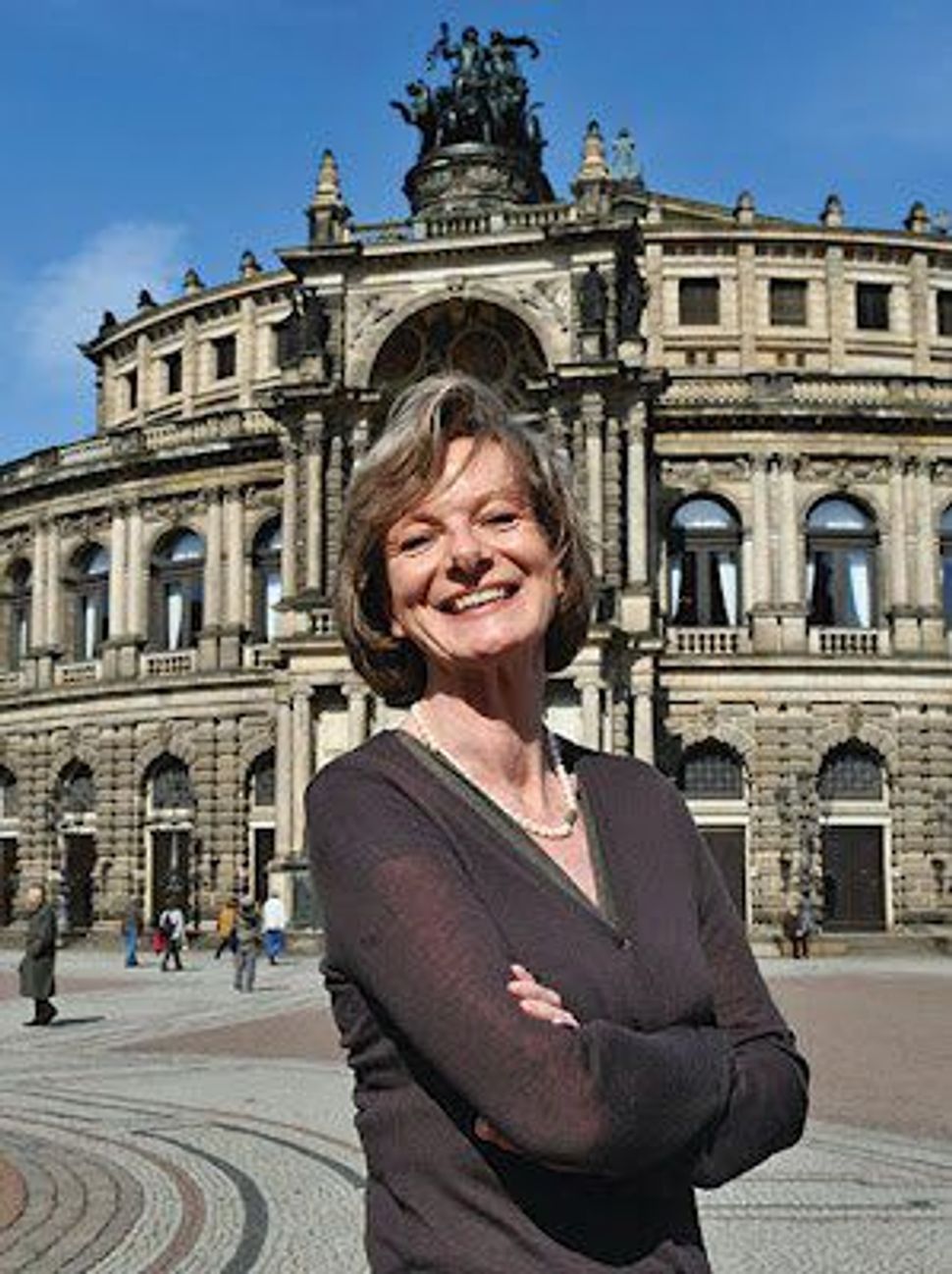 Ulrike Hessler, the first woman to be appointed intendant of the historic, four-century old Saxon State Opera in Dresden, popularly known as the Semper Opera, died July 30 in Munich, after a 19-month battle with cancer. She was 57.

I first met Hessler eight years ago, when she was the director of the press office of the Bavarian State Opera for its then-intendant, Peter Jonas, and about to become intendant there herself. She worked her way up after being hired in 1984 by General Director Wolfgang Sawallisch as a press assistant. An extremely tall, friendly woman with an irrepressible sense of excitement and good humor, Hessler was thrilled by everything about opera, and loved sharing her enthusiasms.

On that first visit to Munich’s historic National Theater, I was stunned to see what they were doing with Wagner’s “Tannhäuser” (the opera which, incidentally, inspired Theodor Herzl’s Zionism). It was a nightmarishly confrontational production by David Alden, the last act of which was set in the ruins of a concentration camp instead of in the valley of Wartburg as Wagner originally intended. In the very theater where Wagner himself had introduced so many of his operas, and the city which was the “cradle” of the Nazi movement, here was a production which deliberately and successfully reversed the way in which the Nazi machine propagandized with Wagner’s work.

Confronting Munich’s audiences with this calculated assault on, and inversion of, Nazi ideology was not a fluke or an isolated instance. Although the impetus for the production came from the English and half-Jewish Jonas, this same belief in the importance of substance and engagement — and above all, truth-telling — was at the core of Hessler’s being. She heartily approved of displaying a previously hidden plaque honoring Nazi donors, even though the names on it were of prominent Munich families that would likely be offended by the revelation.

Hessler was also passionate about doing what she could to rectify German treatment of Jews, a history she knew well from her university dissertation on the writers who had to flee in the Nazi period. “I am a Protestant, and in Catholic Bavaria, I know what it is to be in the minority,” she’d told me in an interview for the Forward in 2009. Along with a fellow student in Munich, she organized local fundraising to help support Tel Aviv University, for which she was appointed to university’s board of governors in 1990. The post brought her to Israel annually until her illness intervened this year.

Hessler was also instrumental in promoting the “Verstummte Stimmen”, (“SIlenced Voices”) exhibition, which historian Hannes Heer and colleagues have installed in several opera houses, and which details the effects of Nazis on each local population. She sponsored the exhibition both in Munich and in Dresden. (The current location of the exhibition is Bayreuth, where Wagner’s great-granddaughter is now proposing it be permanently installed.

In Munich, Hessler was instrumental in helping the building of the new Jewish Center close to the opera house. When the center opened, she insisted the Bavarian State Opera’s high society opening ceremonies and reception be held in its new hall. She also had musicians from the opera perform in a new Jewish orchestra, that has become resident in the Center. When she received the appointment in Dresden, she told me, she felt that one of her most important tasks was to combat the ignorance of the past distressingly prevalent in the former East Germany, and to use her position to do whatever she could to fight against anti-semitism and neo-Nazism.

In her short two years at the helm in Dresden’s Semper Opera Hessler managed to startle the entire music world by snagging, in a lightning-like coup, superstar conductor Christian Thielemann to be director of its Staatskapelle Dresden, the world-renowned orchestra of the Semper Opera. Thielemann’s tenure begins next month, and will be one of the most important of Hessler’s legacies, along with her arranging an annual residency of Thielemann and the Semper Opera at the Salzburg Easter Festival, replacing the Berlin Philharmonic’s 45-year tenure there.

Another major legacy is the annual Dresden Peace Prize Hessler helped to establish together with the Friends of Dresden Deutschland. The prize is awarded around the February anniversary of the World War II firebombing to serve as a counterweight to annual neo-Nazi demonstrations. Mikhail Gorbachov received the first Dresden Peace Prize in 2010 and Daniel Barenboim was the recipient in 2011. This year’s prize was awarded to American war photographer James Nachtwey in a ceremony followed by a reception and exhibition in the newly-opened Military History Museum designed by Daniel Libeskind, which, sadly, Hessler was already too ill to attend.

Although many of her achievements will continue to bear fruit, Hessler’s innovative efforts at bridge-building will be sorely missed.