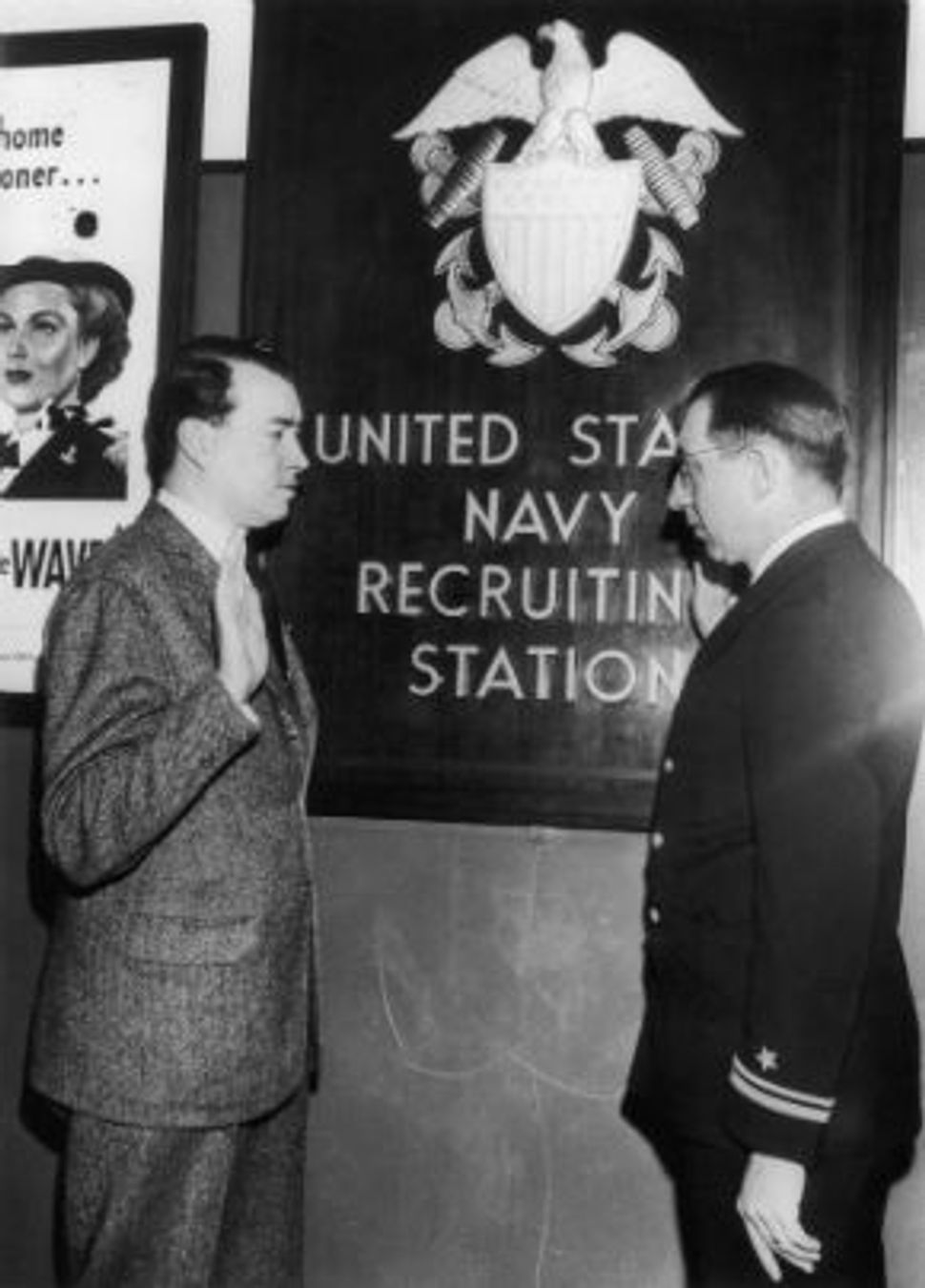 William Patrick Hitler (left), the son of Adolf Hitler?s stepbrother Alois, is sworn into the US Navy by Lieutenant Christian Christofferson in New York City on March 6, 1944. Image by Getty Images

That’s the message in a 1942 letter sent by Adolf Hitler’s nephew to President Franklin Delano Roosevelt, asking for permission to enlist in the U.S. military to fight his uncle’s “devilish and pagan regime.”

Yahoo! reported on the letter’s publication this week on LettersofNote.com, which in turn found it in a new book called War Letters: Extraordinary Correspondence from American Wars.

“I am the nephew and only descendant of the ill-famed Chancellor and Leader of Germany who today so despotically seeks to enslave the free and Christian peoples of the globe,” William Patrick Hitler wrote in the letter, dated March 3, 1942. “All my relatives and friends soon will be marching for freedom and decency under the Stars and Stripes. For this reason, Mr. President, I am respectfully submitting this petition to you to enquire as to whether I may be allowed to join them in their struggle against tyranny and oppression.”

William Hitler was so determined to join an Allied army that he also told FDR of attempts to enlist in the British armed forces — and his aspirations of joining Canada’s military, according to the New York Daily News. W.P. Hitler described his uncle as a “Frankenstein” seeking to enslave the world under “a devilish and pagan regime.”

According to historians, there was no love lost among the Hitler men, the News wrote. William was the son of Adolf’s half-brother, Alois, but Uncle Adolf referred to William as “my loathsome nephew.”

William Hitler joined the U.S. Navy in 1944 and was discharged three years later after being injured in service. After returning to the U.S., he changed his last name to Stuart-Houston. He married, had four children, and died in Patchogue, N.Y., in 1987.