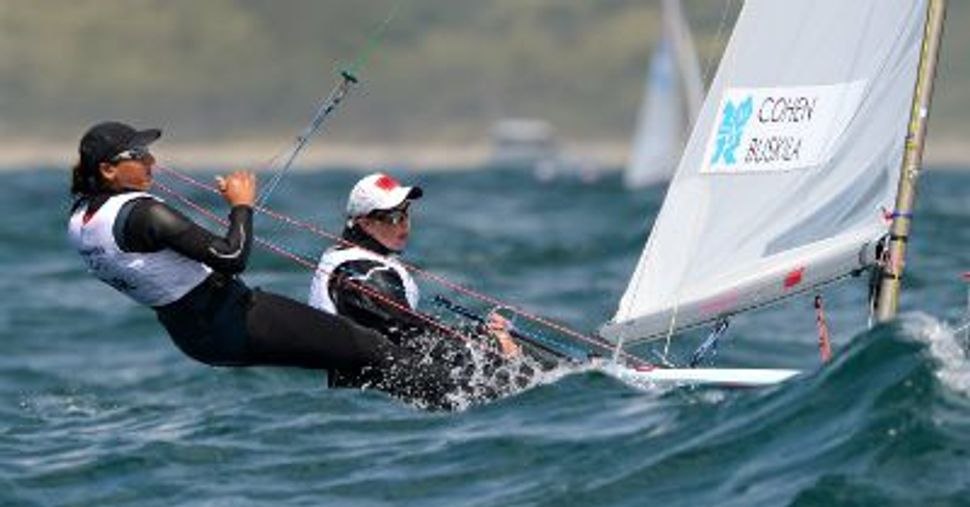 Israel’s women’s sailing team is down to 10th place after being disqualified from the second race in the 470 event. Gil Cohen and Vered Buskila finished sixth in the second race, only to be disqualified after the Danish team filed an appeal against them.

Their results would have brought them up to third place among all 470 teams, but instead they dropped to 13th after the results were dropped. Their subsequent results brought them up three more places to 10th. There are four more races before the final scores are decided.

First place currently belongs to Britain, but they are closely followed by New Zealand’s Team Jolly, which includes the Jewish Jo Aleh.