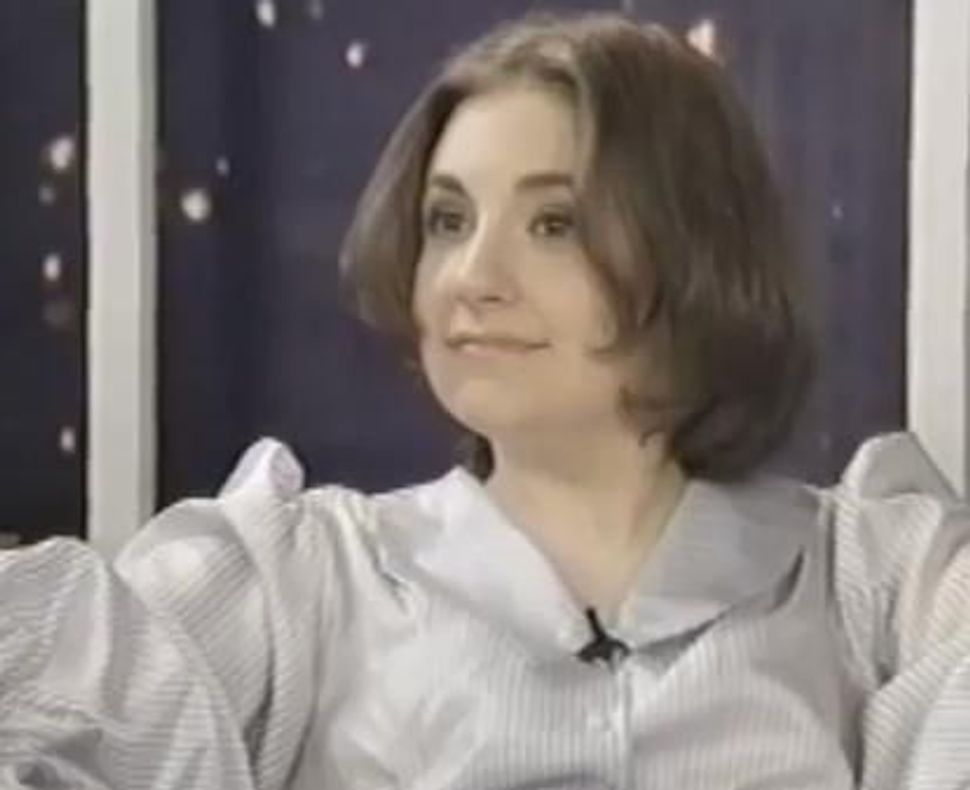 In a clip-within-the-clip, Dunham goes “Devil Wears Prada” as a fictional New Yorker editor and berates a bewildered Alex Karpovsky on how the app will put each week’s worth of articles, reviews, and cultural goings-on at the fingertips of iPhone subscribers. (Apparently, skipping straight to the cartoons has never been easier. How handy!)

Still, the video’s Instagram-like palette and awkward semi-sexual bantering have left Internet opinion divided over whether it’s droll or deadpan to the point of rigor mortis. The New York Observer calls it “perplexing” while Complex concedes that “at least the app looks cool.”. YouTube commenters, as is their wont, were profane and blunt: “I like all of these people, but that was f—ing stupid,” said one. (By contrast, last year’s intro vid for the mag’s iPad app by Jason Schwartzman earned a “ZOMG this is so good” and “best video ever”.)

Regardless, the clip gives the savvy jane-of-all-media some strategic synergy: The inaugural, first-week-free issue of the magazine app includes an essay by Dunham about an oddball boyfriend.

Weird Or Wonderful? You Decide: