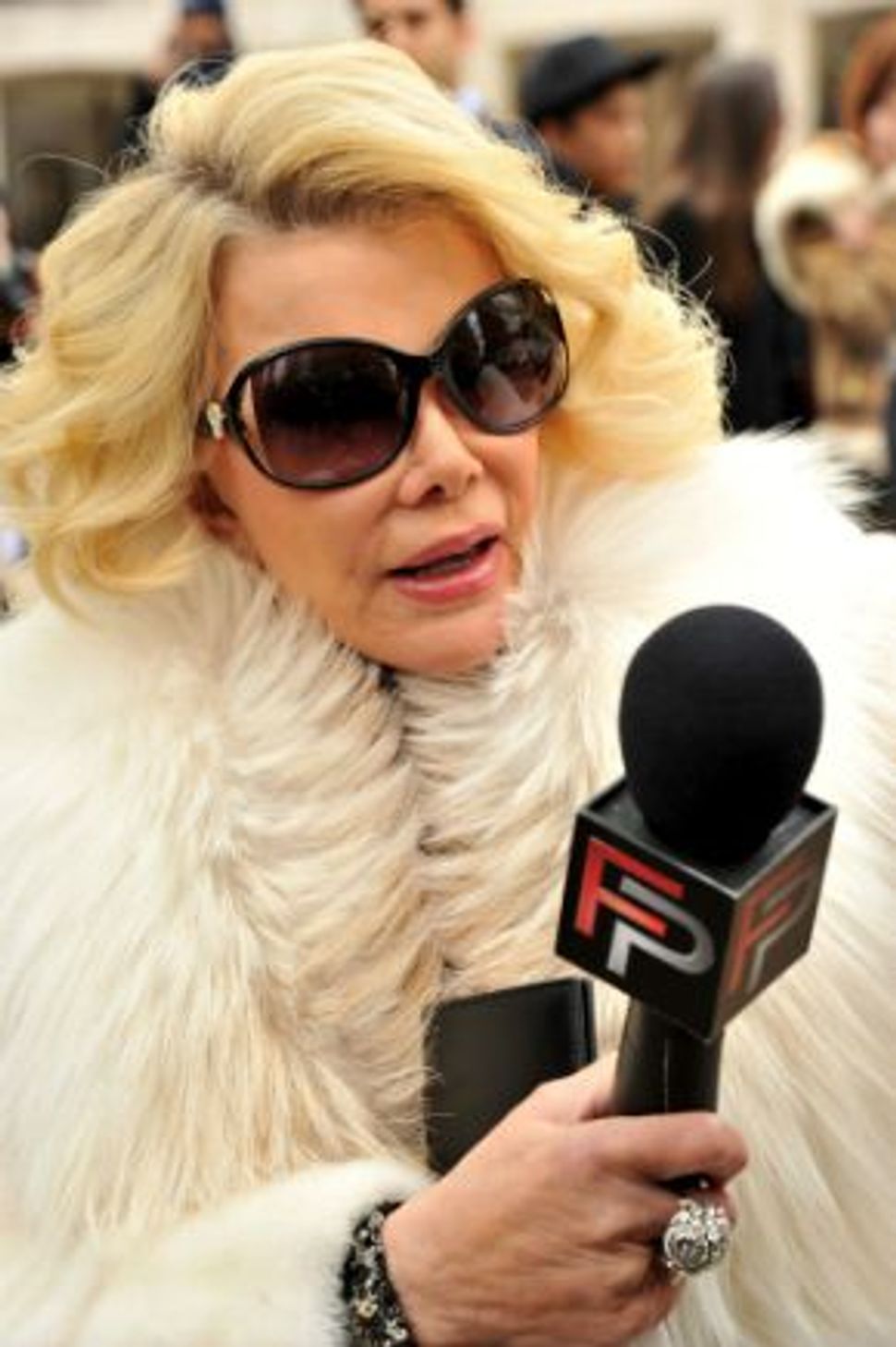 “Costco, who sells condoms by the pallet,” she shouted, “who sells Paula Deen books and — which is not good for their customers’ health — they decided to ban my book. This is a First Amendment violation.”

Apparently the wholesale giant found swear words on the back cover of her latest book, “I Hate Everyone…Starting With Me,” too offensive to peddle. So Rivers stormed the store, chained herself to a shopping cart and shouted about the injustice.

In true Rivers style, she wore huge dark sunglasses and chunky jewelry. She sold copies of the book and signed autographs for fans. And in a long interview with KTLA news, the 79-year-old comedienne said, “People should have the right to have the literature they want. This is the beginning of Nazi Germany.”

She was eventually escorted from the building by police.

Later that day she tweeted, but not about her protest — weighing in on the QVC network and stretch bangle bracelets instead.

Publicity stunt aside, “I Hate Everyone” is doing quite well. It’s Rivers’ 11th book and has spent six weeks on The New York Times best seller list.