Mulder and Scully Together at Last? 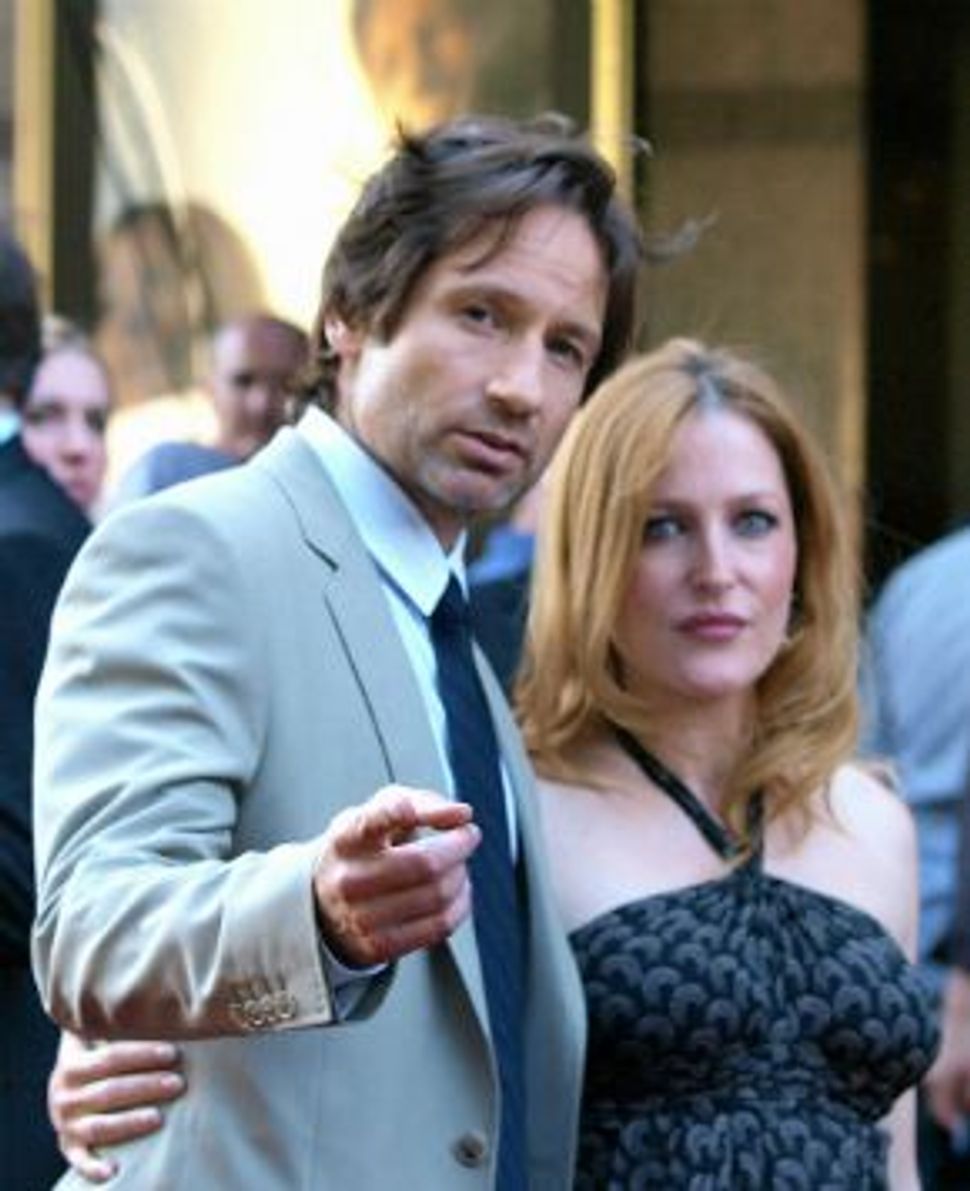 Could it be? Image by Getty Images

“X-Files” nerds, get your Kleenex out.

Rumors have surfaced that former “X-Files” co-stars David Duchovny (Fox Mulder) Gillian Anderson (Dana Scully) are not only dating… but have moved in together.

According to CelebrityDirtyLaundry.com, Anderson and her two kids have moved into Duchovny’s abode. Sounds like some type of Cali-fornication to us!

For all those uninitiated to television’s favorite cult phenomenon, Duchovny and Anderson played alongside each other as FBI partners on “The X-Files,” a television show in which their characters investigated weird and wacky events that usually involved UFOs. According to a fellow Shmooze reporter an “X-Files” nerd, their on-screen relationship was always riddled with sexual tension. Anderson sure hasn’t been helping put the rumors to rest: She recently publicly split from Mark Griffiths, partner of six years, and admitted (albeit somewhat indirectly) in a Sunday Times magazine interview that she was seeing someone else “at the moment.”

Yet, as all Hollywood dramas go, it not quite as clear-cut as that — given that Duchovny’s reps deny the romance allegations. Additionally, Duchovny is most likely still married. We say most likely because, well, we don’t actually know. He married actress Tea Leoni in 1997, but the two were separated in 2008 while Duchovny served a stint in sex rehab, and, though there is no public statement regarding the current status of their marriage, rumor has it that they quietly divorced in 2009.

So, we leave it to you, internet (and “X-Files” savants): Do you believe? Have Mulder and Scully finally gotten their stars aligned? The truth is out there.

Mulder and Scully Together at Last?