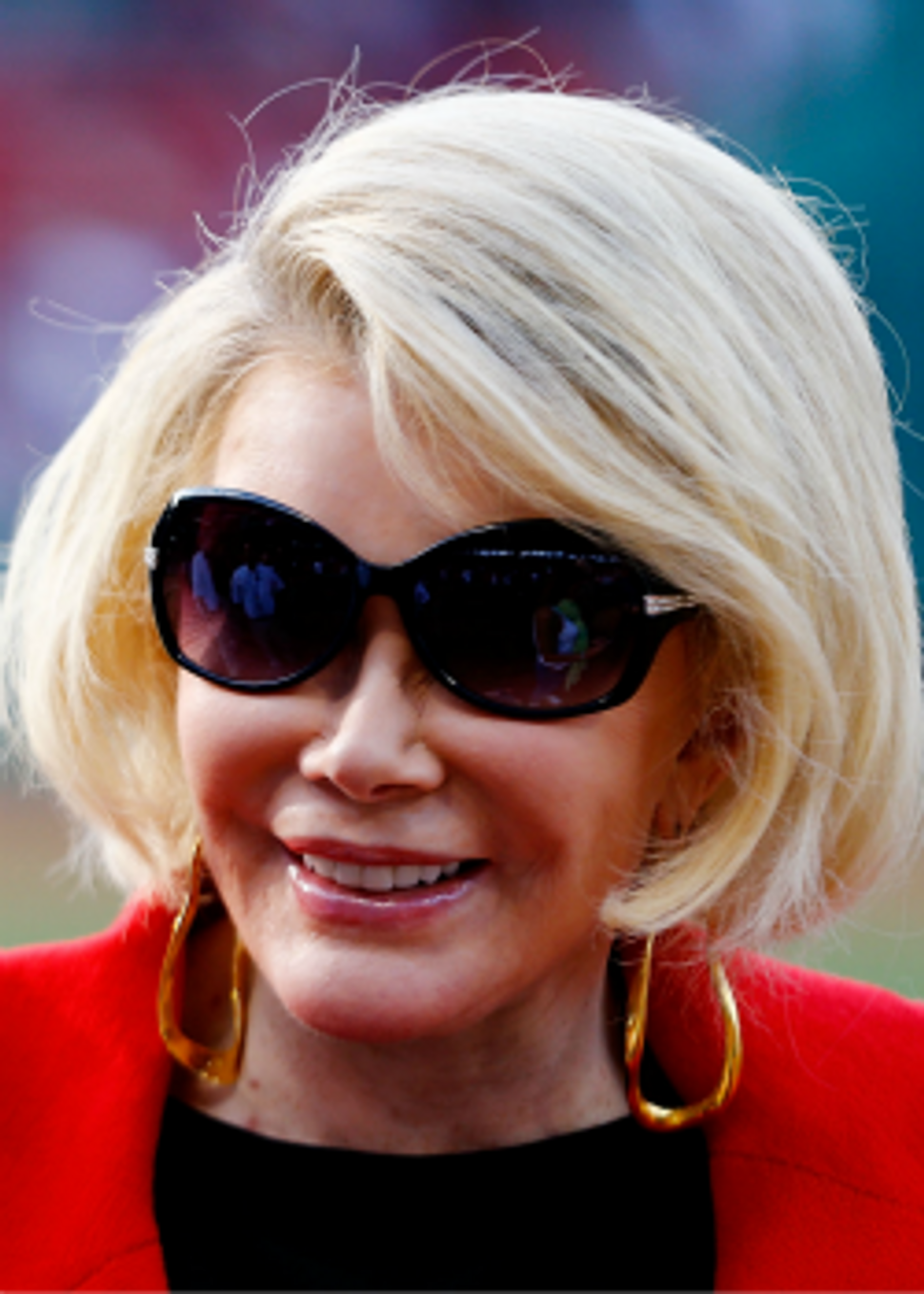 The Anti-Defamation League called out Joan Rivers out on her comparison between Costco and Nazi Germany, three days after the comedian made a public display outside a Los Angeles Costco store.

After Costco made the decision not to carry her book, “I Hate Everything…Starting with Me,” Rivers protested a local store by chaining herself to one of its shopping carts and shouting from a bullhorn.

In an interview outside the store, Rivers said: “People should have the right to have the literature they want. This is the beginning of Nazi Germany.”

The ADL sent a letter to Rivers, asking her to retract her remarks and refrain from future use of Holocaust imagery.

Abraham Foxman, Holocaust survivor and ADL National Director, is quoted in the press release as saying, “While Joan Rivers may be right in criticizing Costco’s decision, there is simply no comparison between a private company’s choice not to sell a book and the policies of the Nazi regime that engaged in the systematic persecution and slaughter of millions of Jews and others during the Holocaust. Such comparisons only serve to trivialize the Holocaust and are deeply offensive to Jews and other survivors, as well as those Americans who fought valiantly against the Nazis in World War II.”

Rivers’ book is apparently doing quite well despite everything, perhaps because of her unusual promotional ideas; at the Costco protest, Rivers announced that at a store that sells “300 rolls of toilet paper at the same time,” customers deserve “a funny book to sit on the toilet and read.”