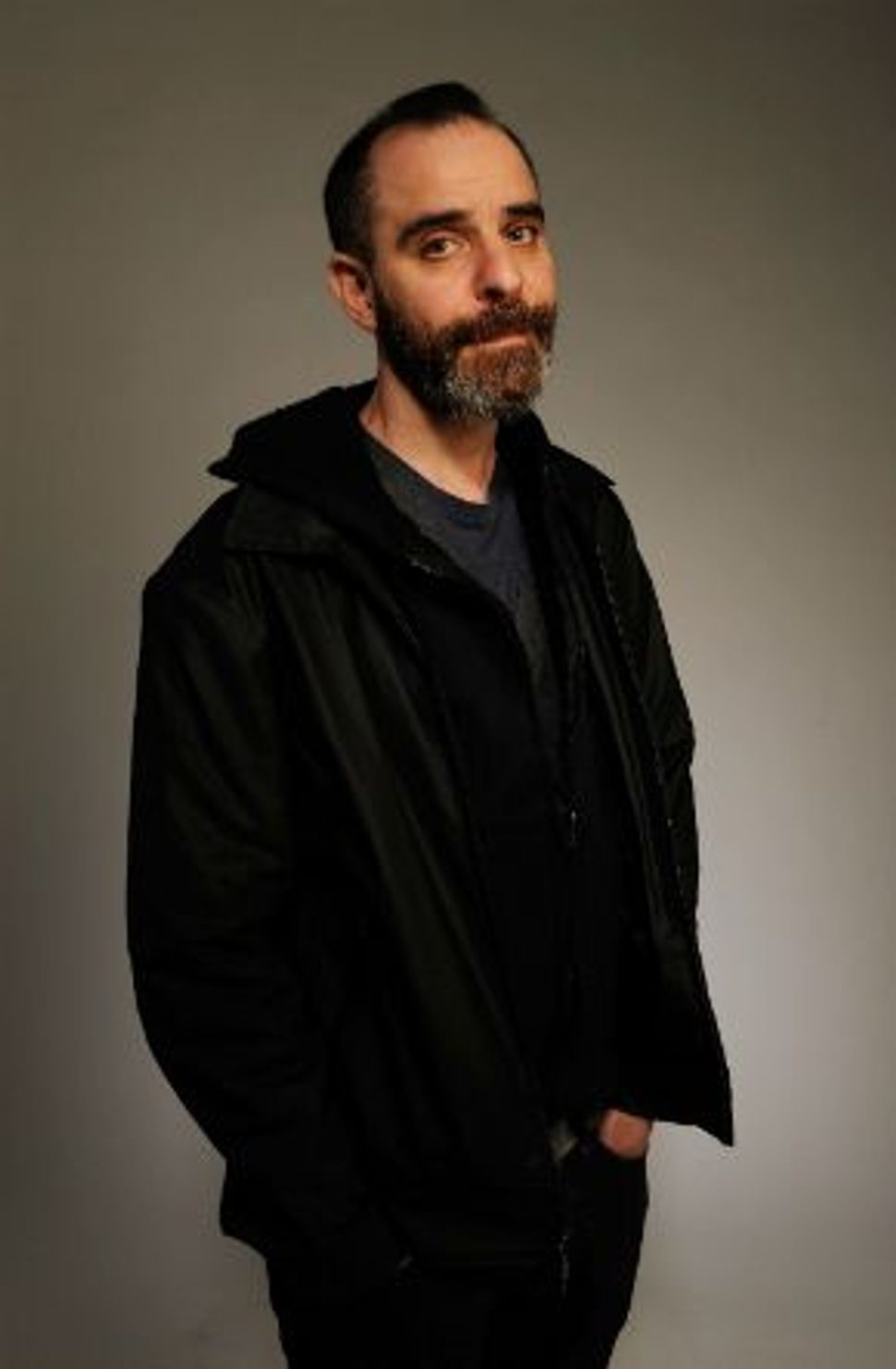 In what would be Rakoff’s last performance onstage, he addressed his illness, life without the use of his left arm and the fact of mortality in a way that was both poignant and darkly funny.

Last December, after his fourth surgery in four years, doctors removed a tumor from below his collar bone, which relived him of pain and from popping enough Oxycontin to “satisfy every man, woman and child in Wasilla,” Rakoff said, but left him with a flailed limb.

“It is attached, but aside for being able to shrug talmudically,” he quips in the video, pantomiming a learned shrug. “I can neither move nor feel my left arm. It now hangs from my side, heavy and sensate as a bag of oranges.”

Grating cheese. Get a pot with a looped handle, the heavier the better…jam yourself up against the kitchen counter and go to town. Special kitchen note: always, always have your bum hand away (preferably in a sling) since you now have a limb that you could literally, no joke, cook on the stove without even realizing it.

At one bittersweet point, he says “I’m sorry” and steps away from the microphone as soft jazz music plays. He sweeps his one good arm above his body and sways across the stage, a private dance that seems to punctuate the human truth that we enter and exit this world alone.

Then crowd cheers and he walks back to the microphone, his voice stronger and louder:

Look, mine is not a unique situation. Everybody loses ability as they age. If you’re lucky this happens over the course of a few decades. If you’re not… [talmudic shrug]. But the story is essentially the same—you go along the road as time and elements lay waste to your luggage, scattering the contents into the bushes until there you are, a battered and empty suitcase that frankly no one wants to look at anymore. It’s just the way it is.

“This American Life” has another upcoming cinema event: Mike Birbiglia’s film “Sleepwalk With Me” will open in New York August 24, and both Glass and Birbiglia will attend the premiere. But Rakoff will be missed.