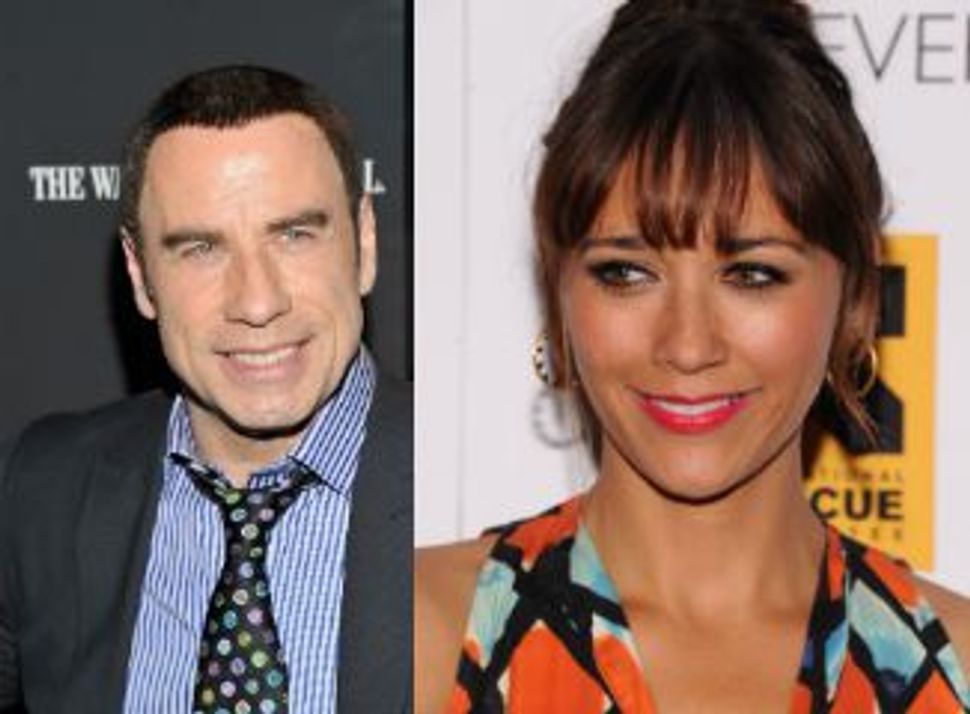 “How many masseurs have to come forward? Let’s do this!” the actress, quipped, alluding to lawsuits filed this year by two masseurs who accused Travolta of sexual battery. The first lawsuit was dropped, and the second dismissed. Travolta has been married to Kelly Preston since 1991 and the couple has three children, including their eldest son Jett, who tragically died in 2009 from a seizure while the family was on vacation in The Bahamas.

Jones quickly took to to Twitter after the slip, apologizing and declaring that “nobody’s personal life is my business.” It is clear that Jones regrets the misplaced encouragement, and has learned not to tarnish her rising stardom by taking cheap jabs at Hollywood icons.

We’ll forgive her — if she promises not to gloat in the event of any big announcements from Travolta.