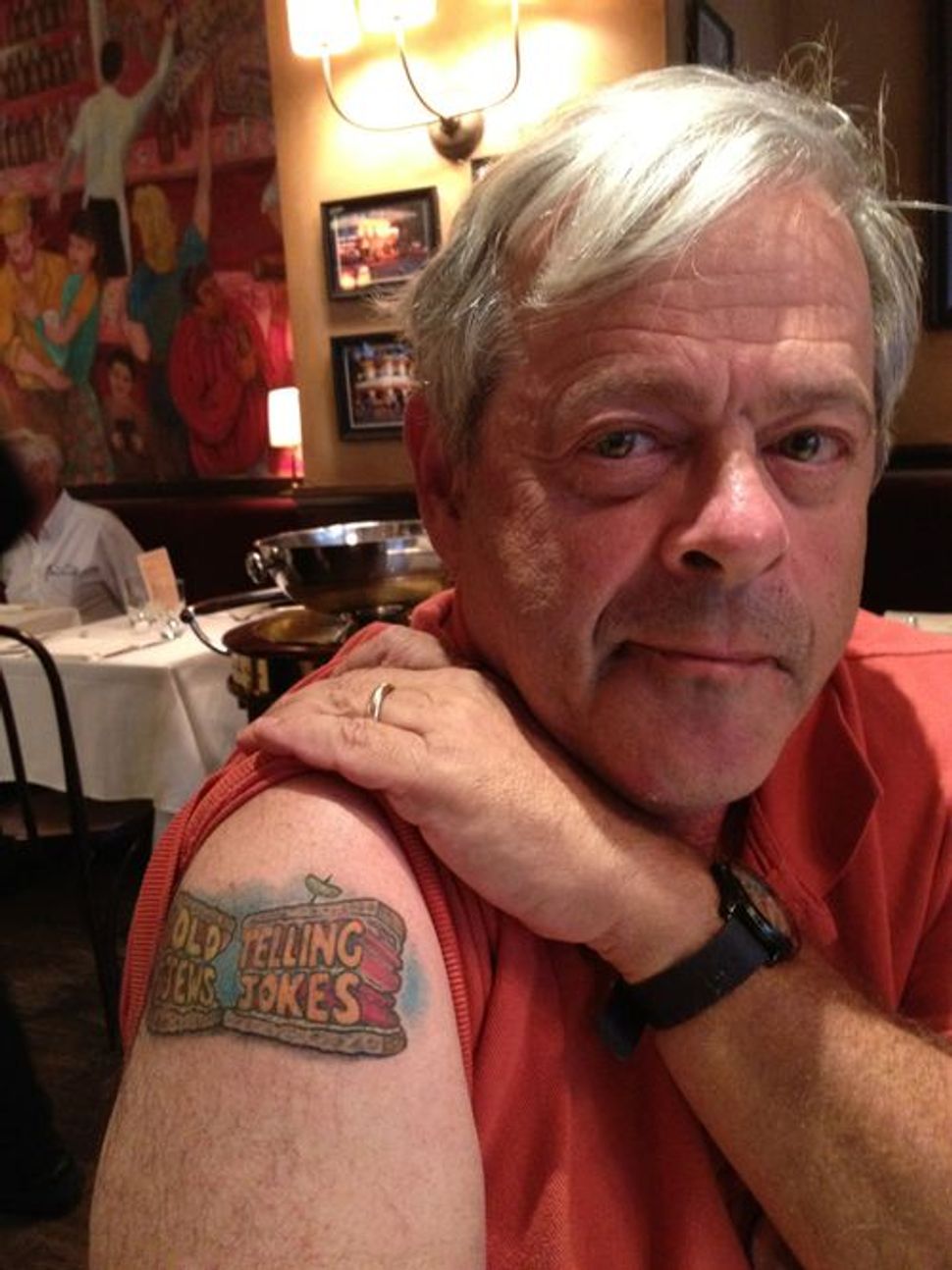 For a self-proclaimed Old Jew, Daniel Okrent is looking pretty tough these days.

The creator of Off-Broadway hit Old Jews Telling Jokes is sporting a new, baseball-sized tattoo featuring the pastrami-sandwich-shaped logo of his show.

The tattoo, on Okrent’s right bicep, was officially unveiled in a photo circulated today by Eric Spiegelman, whose “Old Jews Telling Jokes” website inspired the revue.

Okrent — the first public editor of The New York Times, distinguished historian, and creator of Rotisserie Baseball fantasy league — got the tattoo in Provincetown in early June from artist Kris Smith of Coastline Tattoos. Smith’s online portfolio now showcases the fresh tattoo, along with Okrent’s shaved arm and hairy back.

Aside from the obvious promotional value, why did Okrent opt to ink himself permanently? “If I knew the answer to that I’d be a much less interesting person,” he told the Forward in an email. Okrent’s publicist added that “Dan has checked with a rabbinical authority and it is a myth that you can’t be buried in a Jewish cemetery with a tattoo. It has been fostered by generations of concerned Jewish mothers who didn’t want their sons to have tattoos.”

Okrent is also putting up a brave front about facing the needle. Did it hurt? “Men ask how much it cost and women ask how much it hurt. It was more annoying than painful but I probably winced five times in the two hours,” he said.

The Forward may also have the global exclusive on Okrent’s other tattoo, “done 20 years ago in South Beach on a drunken afternoon,” according to his PR. He has tiny tattoos of musical notes on his left shoulder: two 16th notes, and one eighth note. If Okrent’s bravery inspires you to self-decorate, an “Old Jews Telling Jokes” logo on your body will get you a free pair of tickets; the offer applies to the first ten people who show up inked at Manhattan’s Westside Theater. “So it’s a good thing we’ll be running for several years,” Okrent said.