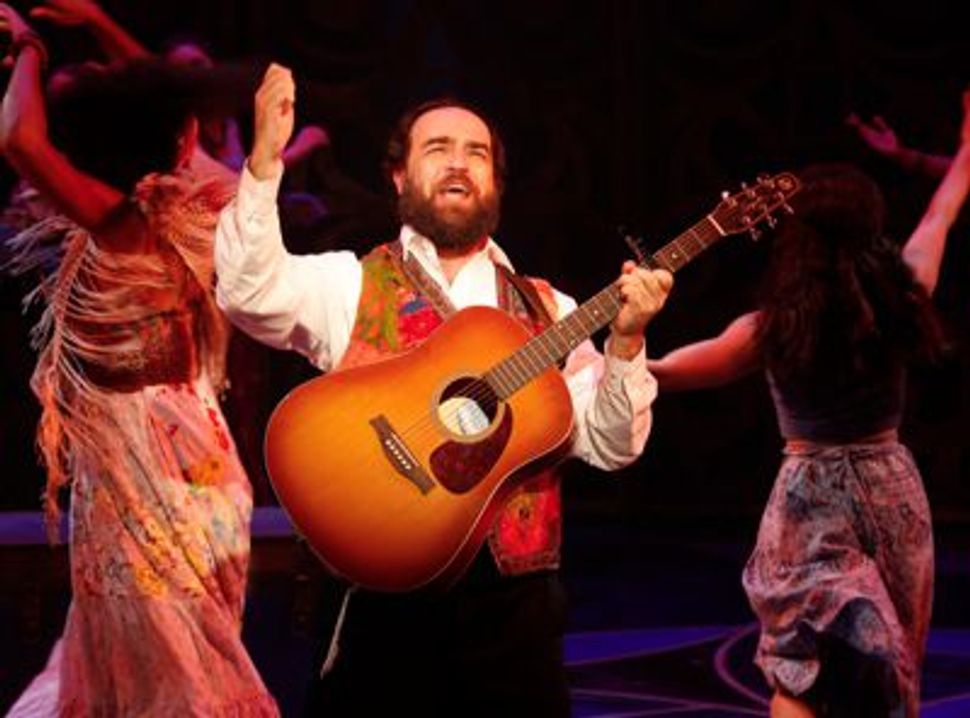 “Soul Doctor,” the musical about the life of the rockin’ rabbi, Shlomo Carlebach, is a theatrical version of the carnival whack-a-mole game. It seems to pop up every now and then, but disappears back into its hole almost as quickly as it appeared. 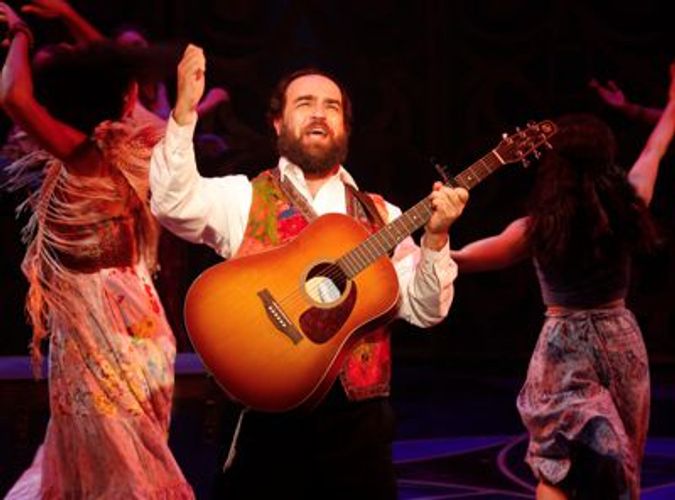 The play was the first English language production of the National Yiddish Theatre-Folksbiene in 2007. That was followed by readings at Jazz at Lincoln Center and Roundabout Theater, two productions in New Orleans, one each in Ft. Lauderdale and Miami and now briefly back in New York.

This latest production officially opened Monday and will close August 19, but the now-you-see-it-now-you-don’t aspect of the play may soon disappear as quickly as the moles. Its writer and director Daniel Wise says two theater owners — one on and one off-Broadway — have approached the producers about bringing the play there.

If the go or no-go decision was based on quality alone, it would open tomorrow. “Soul Doctor” is exciting, exhilarating and inspirational and has been well received wherever it’s played. After a successful run in a small house, it was invited back to New Orleans to play an even larger venue; it broke box office records in Florida.

But theater isn’t just about art. Wise says it would take $8 million to mount a Broadway production and that the producers have already raised $5.5 million. That last $2.5 million is still a significant obstacle. He’s optimistic, but you never know.

Carlebach was born in Germany and came from a long line of respected rabbis. His family escaped Europe during the war and eventually came to New York City, where his father led a congregation on the Upper West Side of Manhattan.

Carlebach, meanwhile, came under the influence of the Lubavitch Rebbe, Menachem Mendel Schneerson, and became one of Schneerson’s emissaries. “The Rebbe sent him out to college campuses,” Wise said. “Shlomo often talked about how he’d have a group of 500 students and when he asked the men to separate from women he’d wind up with no one.”

“When Shlomo started doing his own style of [musical] outreach he had a confrontation with Rebbe Schneerson. He [Shlomo] said ‘I need to bend the rules a little bit.’ According to Shlomo, the Rebbe said ‘I can’t tell you what to do and I can’t tell you what not to do. So I give you my blessing to go on your way, but not in the name of Lubavitch.’”

It was around this time in 1957 that Carlebach met Nina Simone. She had hopes of becoming a concert pianist — ambitions thwarted by prejudice — and was spending the summer as a pianist and lounge singer in an Atlantic City bar.

The two had much in common. Nina was the daughter of a Baptist minister and had changed her name hoping her mother wouldn’t discover she was playing jazz. Similarly, Carlebach’s non-traditional approach to Judaism disappointed his father. It’s unclear how close the two became, but at the very least he gave her courage to pursue her singing career and she exposed him to gospel music. There were rumors the two may have had a fling.

Given the financial stakes, Shlomo Carlebach seems an unlikely subject for a commercial play, though not to Wise. He contends that Carlebach is “a very theatrical character, a classical theater character.”

Like the old advertisement for Levi’s rye bread said, you don’t have to be Jewish to enjoy the show. In fact, Wise claims that in New Orleans “98% of our audience was not Jewish. In Florida, we thought it would be mostly Jewish, but some woman on a gospel station decided to really promote us as did someone from a Latin television station. So we had quite a mixed audience walking away singing ‘Good Shabbos.’”