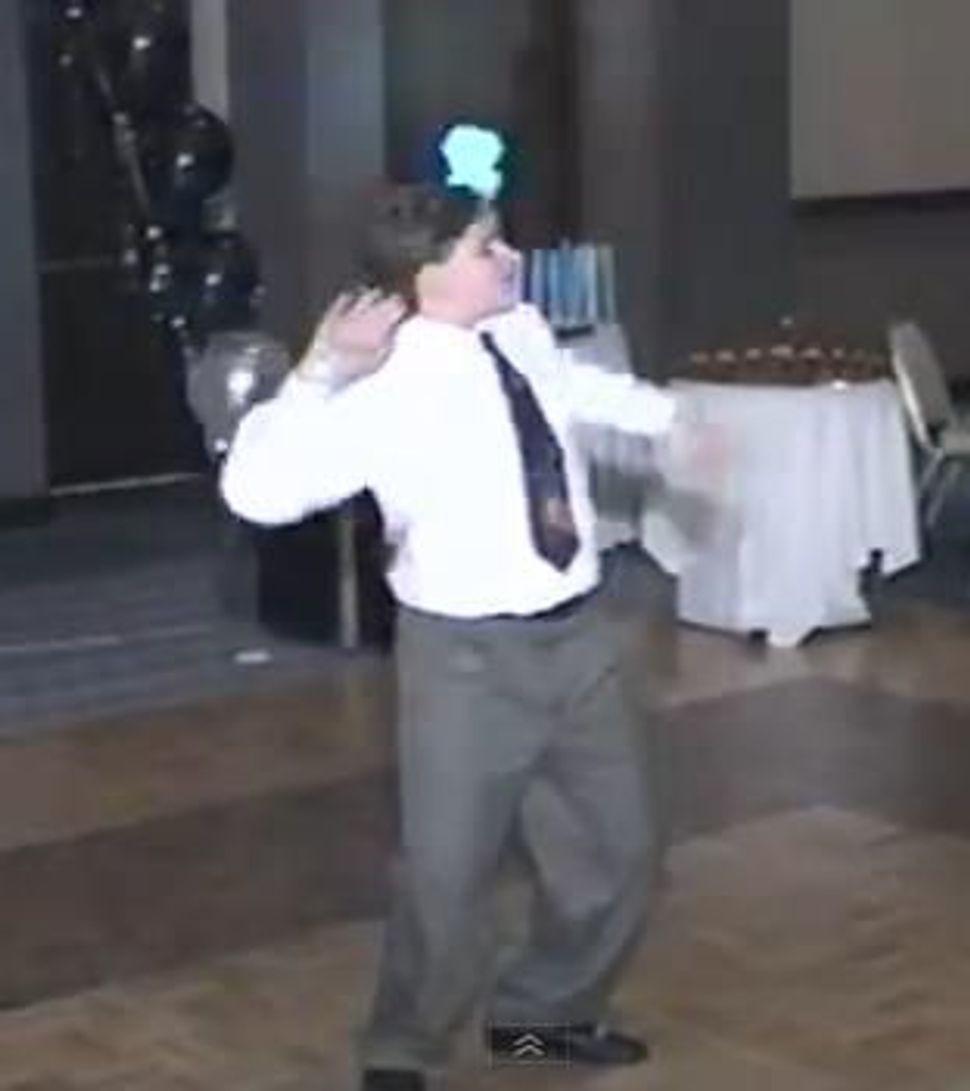 With Madonna’s face embroidered onto the back of his white button down, Sperling strutted out onto his bar-mitzvah’s wood paneled dance floor — with his fingers snapping and his tie flung over his shoulder. What followed was a nearly six-minute dance routine to Madonna’s “Vogue” — replete with twirls, shimmying, waving arms, and, of course, voguing.

The video-taped performance, which was released on the internet earlier this week, has gone viral — accruing more than 57,000 hits in the past few days. New York magazine’s Vulture listed it in their top viral videos of the week.

Sperling, who is currently a 33-year-old attorney in Chicago, used to be so embarrassed by the video that he would cover his face with hands whenever it was played. A few weeks ago, he found the VHS sitting in an old box, and, despite his protests, his friend sent it in to Perez Hilton. The rest is history.

Huffington Post Live caught up with present-day Sperling for a quick interview and impromptu dancing reunion. Looking dapper in an oatmeal polo and navy shorts, Sperling discussed his loving and supportive family and friends. He apparently worked on the routine for months beforehand. “I think everyone left the bar mitzah saying, ‘Shaun is gay,’” said Sperling. “Except my parents and close family, of course. It took two years, and when I told them, they were shocked.”

After seeing the video, Perez Hilton challenged the Jewish 13-year-olds of 2012 to create a Lady Gaga equivalent.

The Shmooze is waiting eagerly to see what the next internet bar mitzvah dancing sensation will be. (We’re crossing our fingers for “Bad Romance.”)