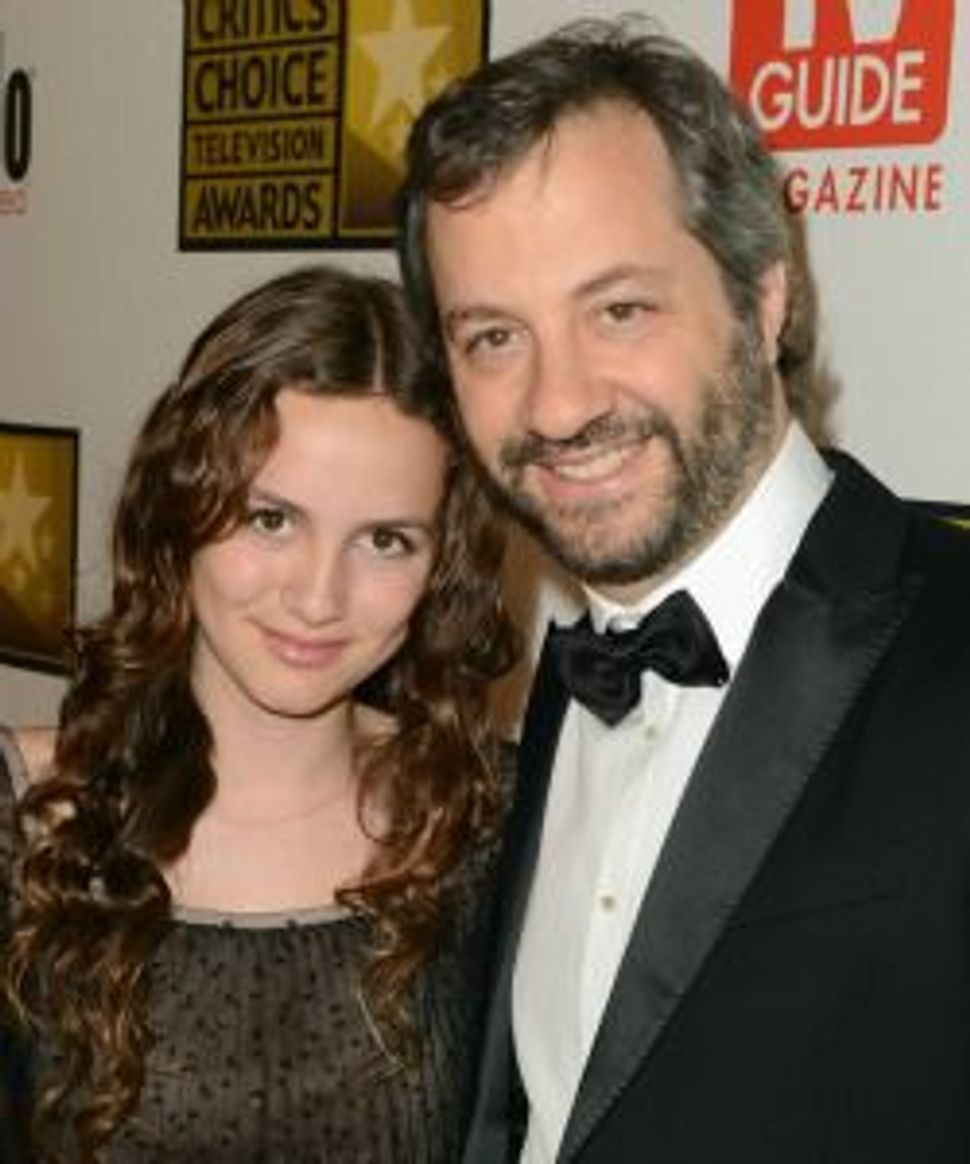 “Maude Apatow is addicted to technology, even though she knows it is destroying her,” pronounces the Twitter bio of Maude Apatow.

Remember her? She played Paul Rudd and Leslie Mann (her actual mother)’s daughter in ‘Knocked Up.’ Maude and her little sister were the two giggly blonde girls who teased Seth Rogen, the clueless Daddy-to-be.

Well, she’s sort of grown up — past the pajama party stage at least — and on to nail art, Doc Martins and dissecting the dynamics of girl friendships. At 14, she’s gotten famous enough to snag a New York Times profile last weekend (which compared her favorably to Larry David) and 62,000 followers on Twitter.

With deadpan tweets like, “I think I might get into a fistfight at this bar mitzvah,” the precocious 14-year-old has taken after her funnyman father, Judd Apatow.

And her fan base reaches well beyond her peers. Maude has earned respect from author Judy Blume, who said she felt similar angst and ennui as an adolescent — as well as Zooey Deschanel and the HelloGiggles team, where Maude publishes essays and interviews — “I don’t remember the first time I met Paul Rudd, but I do remember seeing him make my sister cry…”

Mr. Apatow said he hopes his daughter’s success will encourage her to write more. The pair spent this summer filming a sequel to ‘Knocked Up’ called ‘This is 40.’