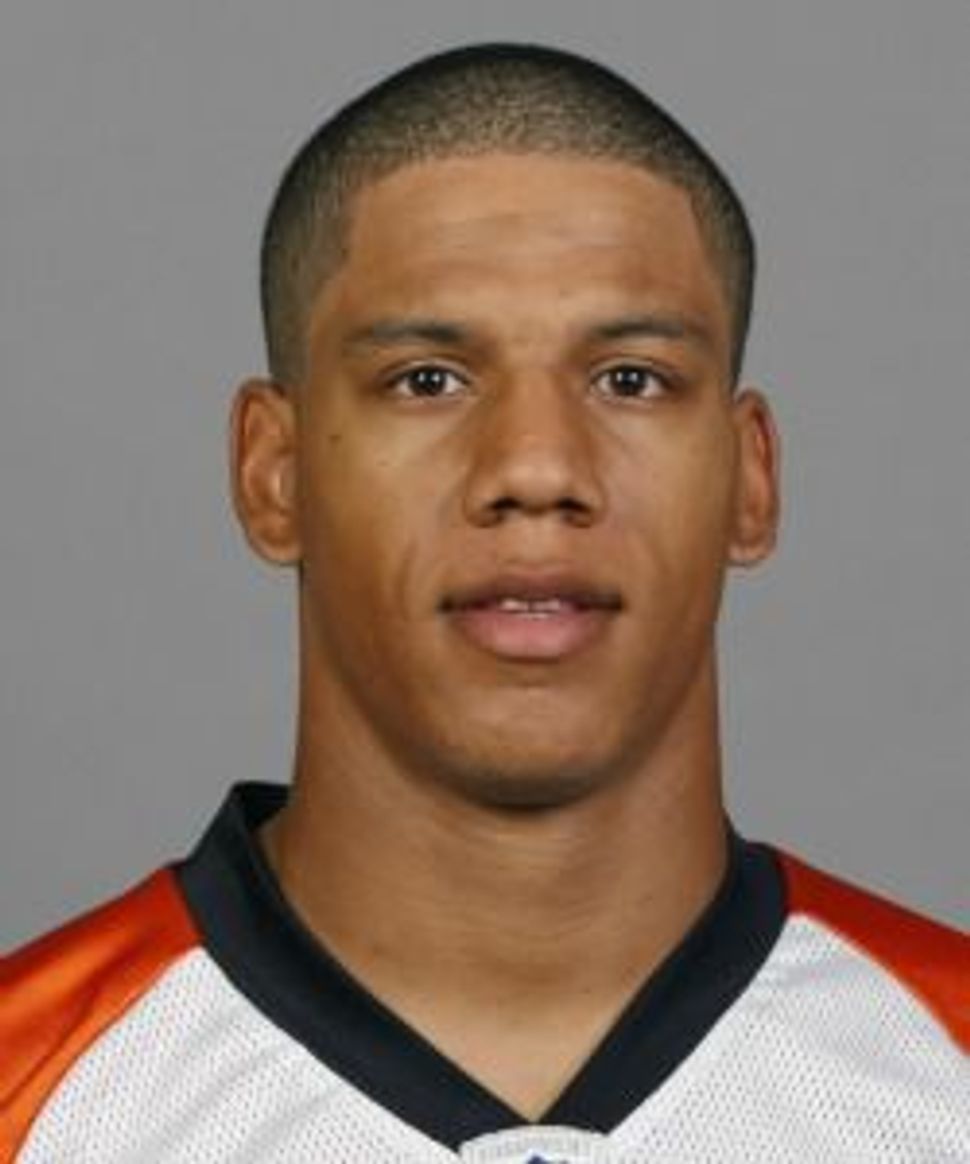 The National Football League kicks off the 2012 season tonight in East Rutherford, N.J., when the defending Super Bowl champion New York Giants host the Dallas Cowboys. This year, a handful of Jewish players will be looking to make an impact for their teams on the road to Super Bowl XLVII in New Orleans, on February 3.

Leading the way is Taylor Mays, who plays for the Cincinnati Bengals. Mays, who is African-American, was raised by a Jewish mother. His father is Stafford Mays, a former lineman for the St. Louis Cardinals. Mays, who had a football-themed bar mitzvah, once told his college web site that, “I don’t think at the time I really understood what [having a bar mitzvah] meant. Now, looking back on it, I feel like I have come a long way in regards to maturity and becoming an adult. I think it helped me do that.”

Other Jewish players to keep an eye on include offensive lineman Gabe Carimi, a 2011 first round pick by the Chicago Bears and his teammate, punter Adam Podlesh. The Cleveland Browns recently named offensive lineman Mitchell Schwartz a starter in his rookie season; Mitchell’s brother, Geoff, plays for the Minnesota Vikings.

Among the other Jewish starters are Brian de la Puente, a center for the New Orleans Saints, Antonio Garay, a defensive tackle for the San Diego Chargers, and Erik Lorig, a fullback for the Tampa Bay Buccaneers.

Football has had a colorful Jewish history, despite having a schedule that is not exactly conducive to Judaism, with a majority of college games played on Saturdays.

The most successful Jewish football player was Sid Luckman, a Brooklyn native who attended Columbia and led the Chicago Bears to four N.F.L. championships. Luckman, the first modern T-formation quarterback (named so due to the formation of a quarterback, and three running backs lined up behind the offensive line), was elected to the College and Pro Football Hall of Fame.

Lyle Alzado was a Super Bowl champion and three-time All-Pro selection, but is also remembered for his impact as an example of the consequences of performance enhancing drugs. Alzado was one of the first athletes to admit to using steroids and died at 43.

And then there was Bill Goldberg, who did not have an illustrious N.F.L. career, playing only four seasons for the Los Angeles Rams and Atlanta Falcons. Goldberg, however, did find great success after hanging up his cleats, in the world of professional wrestling.