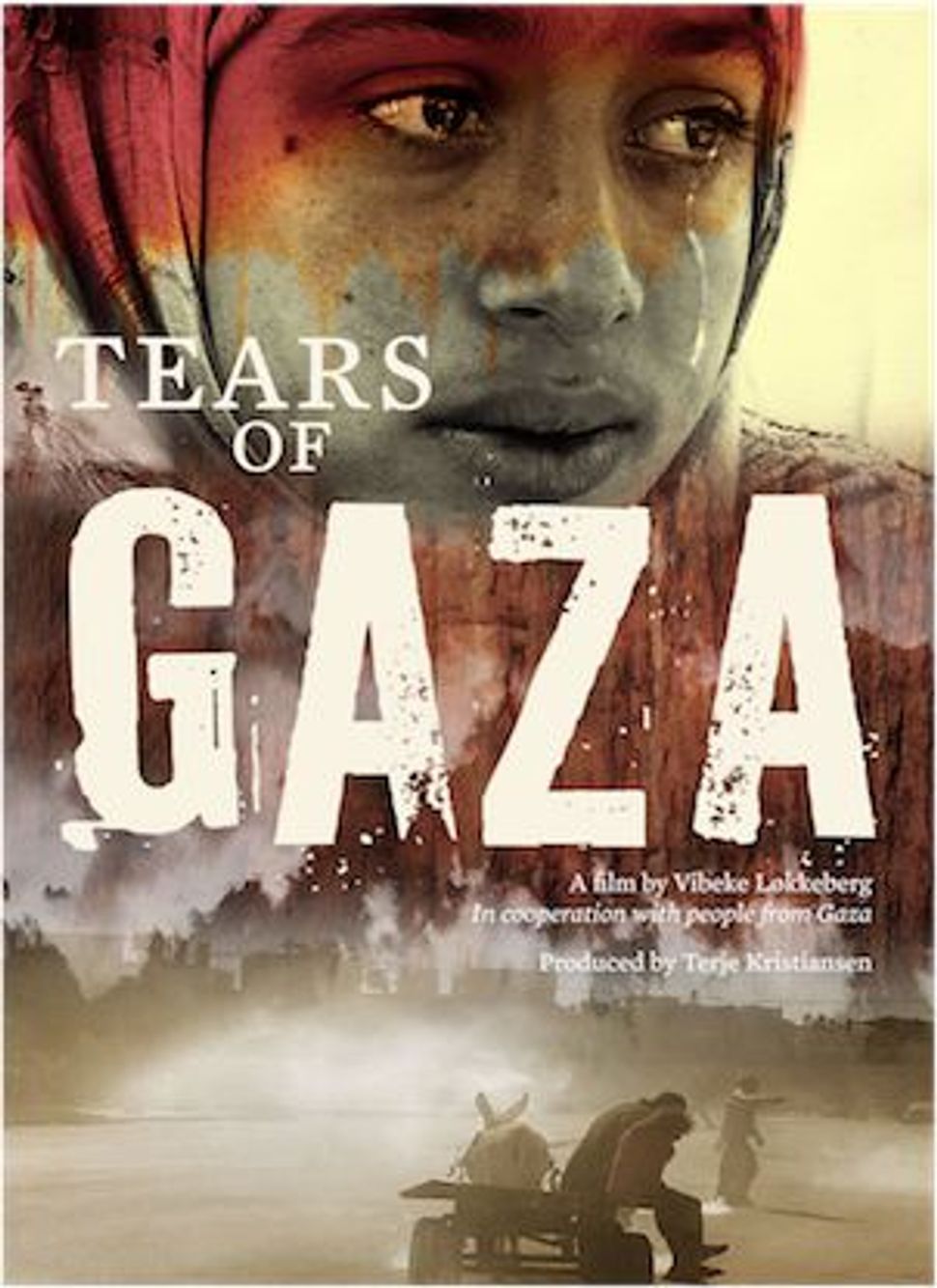 The press notes indicate that the Norwegian director, Vibeke Løkkeberg, and her producer were prohibited by Israel and Egypt from entering Gaza. They recruited Gaza Palestinians to provide footage and find the speaking subjects:

Using Internet and phone… Løkkeberg… explained [to the Gaza production crew] that the film would not be [about] the politics of the war. Instead it would be a feature documentary that would begin by focusing on [the] daily life of people living in Gaza during the bombardment…. Løkkeberg wrote down questions they would ask…. Løkkeberg wanted her film shot so that the audience would identify with the children.

She succeeds: Yahya, a 12 year-old boy, and 11-year-old Rasmia happen to be lovely kids with atypically fair hair and eyes. Amira, 14, is a dignified young woman who wears a traditional headscarf. Their stories are compelling.

Israelis are only seen as fighting men; Gaza Palestinians are pictured only as civilian victims. Ominous music accompanies the sight of Israeli infantry, tanks, naval patrol boats, drones, helicopters and jets. And the film pastes together grainy scenes of IDF men and machines juxtaposed to the gaze of Palestinian subjects.

When the subtitles read “Israel,” I heard the Arabic for “Jews.” When young Yahya goes out in a tiny fishing boat, which is immediately confronted by a military patrol boat warning them to stay within three miles, he asks the fisherman why. The man tells him that they, “the Zionists,” are “known for their crimes.” What is not revealed is that Israel’s navy keeps close tabs on vessels from Gaza to prevent sea-born incursions by terrorists along Israel’s coast, as have happened in the past, to deadly effect.

Nevertheless, I was struck that the three children did not respond to the pain of losing parents and other relatives (two lose their fathers) by hoping to grow up to kill Israelis. Yahya wants to become a doctor to heal his people’s wounds, while Amira, balancing on crutches due to her wounds, aspires to be a lawyer to “defend” her people.

A few years ago, contemplating one of many wrenching moments in the ongoing Israeli-Arab conflict, I speculated about what a Martian might think if dropped into the devastated cities of Germany and Japan after World War II: “What monsters would do this?” the Martian might ask, having no notion of what Nazi Germany and Imperial Japan had done.

At its outset, the film relates starkly that 1,387 Palestinians were killed, 773 of whom were unarmed women and children, including 257 under age 16. The wounded numbered 5,500, with 700 women and 1,800 children requiring long-term treatment. About 20,000 buildings in Gaza were destroyed or badly damaged.

By design, there is no representation here of the damage done on the Israeli side by rockets and mortars launched from Gaza, nor of the hate-filled rallies of armed militants and the celebration of “martyrs” when they explode themselves in the midst of Israeli civilians. Horrendous scenes of destruction and suffering in Gaza pack a wallop, but they could have been incorporated into a film that delved more fairly into the complexity of this conflict. The people of Gaza and Israel deserve such a project.

Watch the trailer for ‘Tears of Gaza’: