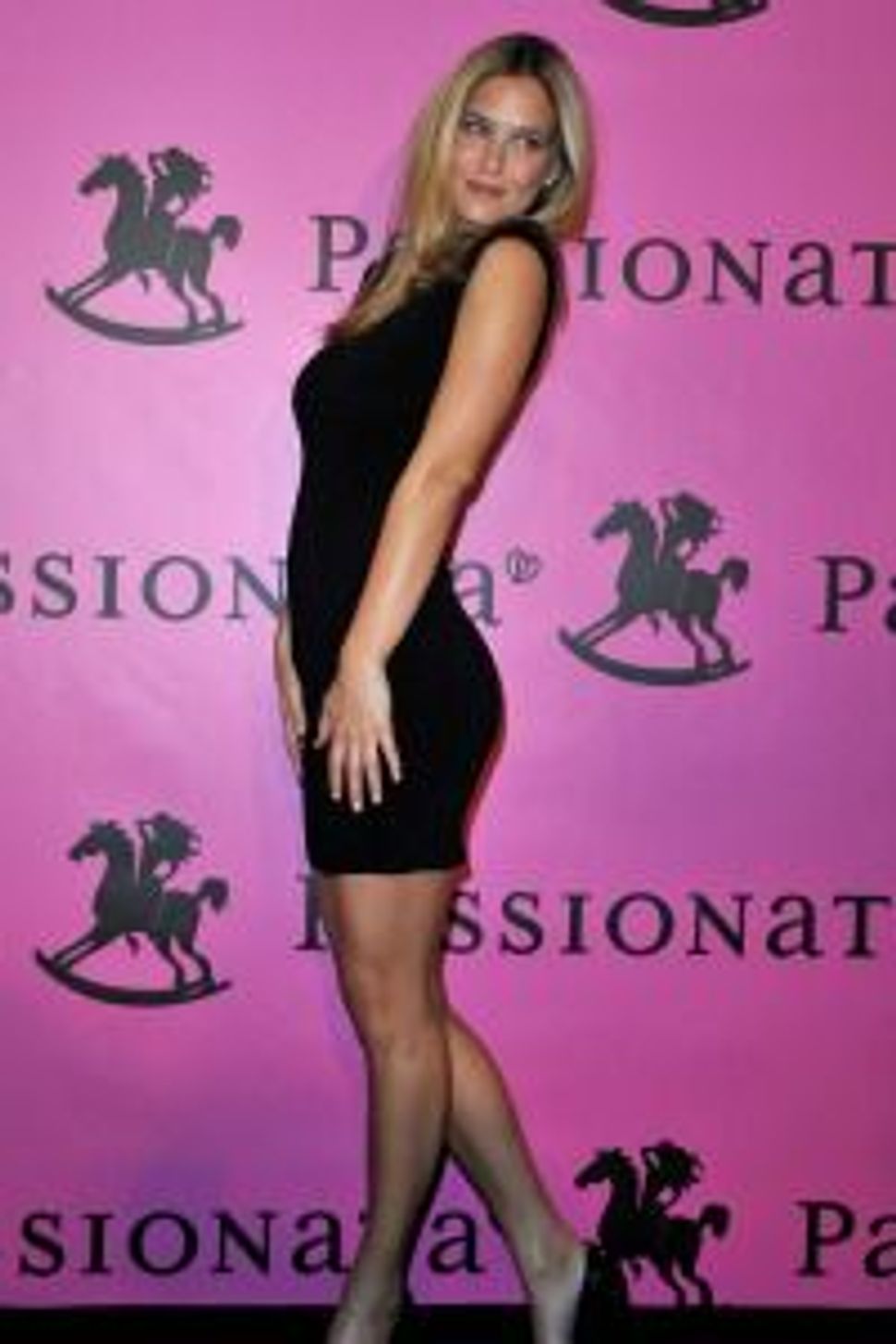 Bar Rafaeli’s new photo shoot has us over the moon.

Passionata, a French lingerie company, chose the Israeli supermodel to be the face (and, of course, body) for their brand. The eclectic mix of pictures features Rafaeli as a “lunar swinger” in a “space hammock” that looks like a crescent moon. Perhaps in homage to Israel’s El Al Airlines, she posed as “the hottest stewardess ever” atop some luggage.

Though Refaeli’s tenure as Passionata girl hasn’t caused any controversy, her recent appearance in a promo video for the Israeli start-up MyCheck caused a stir, with some saying it depicted date rape.

The scene in question shows Refaeli eating poisoned cauliflower and ending up in a darkened kitchen. MyCheck’s CEO Shlomit Kugler doesn’t seem too bothered, saying, “Our aim is to entertain, not to hurt anyone’s feelings.”

Rafaeli, an investor in the company, said of the promo: “I enjoyed working on the MyCheck commercial. It was one of the funniest experiences of my life.”