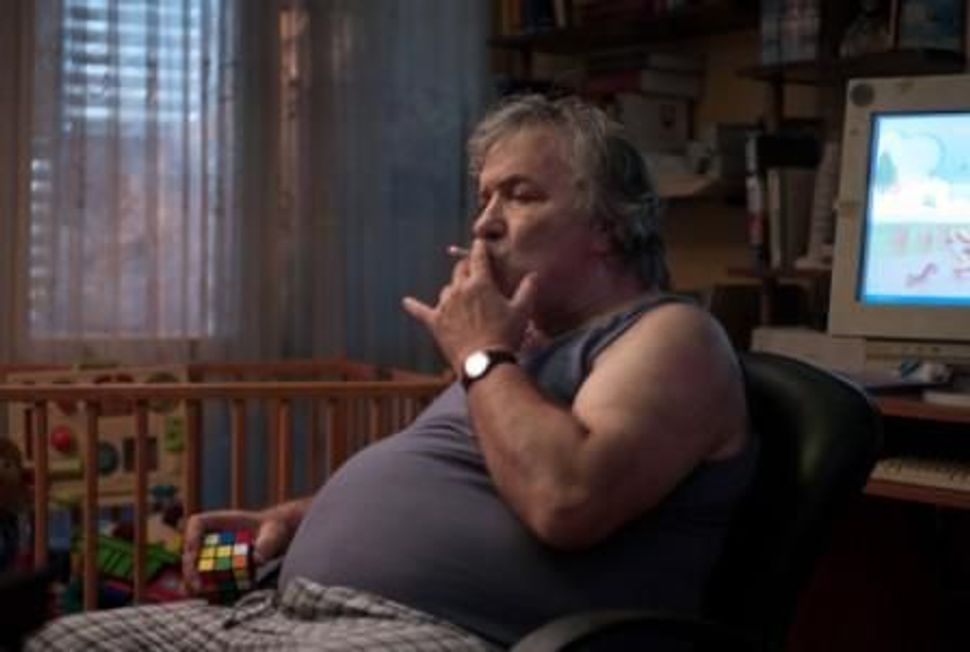 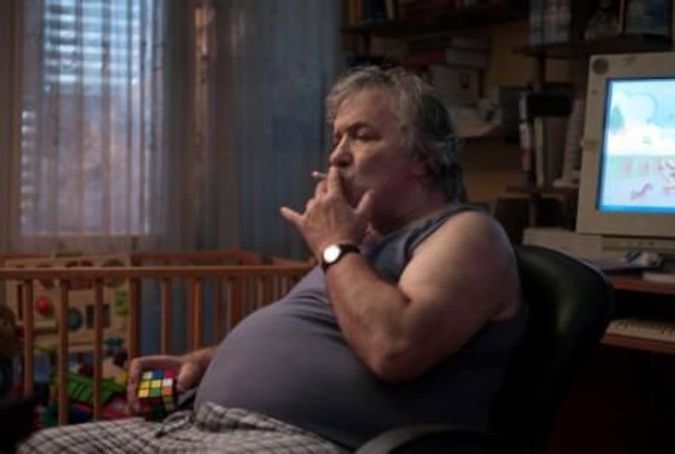 Produced on a budget of just NIS 1 million (roughly $250,000), “Dr. Pomerantz” premiered last year at the Haifa International Film Festival and was nominated for Best Screenplay at September’s Ophir Awards, Israel’s answer to the Oscars. It screens October 20 at The Silicon Valley Jewish Film Festival, one of its few American showings so far.

Perhaps, as the son of once-lionized defense minister Moshe Dayan, and by this point a well-established film director, Assi Dayan has never felt the need to pander to conventional tastes. Thus, he doesn’t just slaughter sacred cows in “Doctor Pomerantz” — he brings along a pile of skewers and invites everyone to join the barbecue.

The title character (played by Dayan himself) is a clinical psychologist whose life was once filled with a search for meaning. But by the time we meet him those days are long past. All that remains is a tired, put-upon old man stuck in an illogical and grotesque system that cares little for the daily struggles of the individual. And Dayan is not the only one like this. All of his private patients suffer from the feeling of being trapped in a place they no longer have the strength to deal with and in a world that no longer needs them.

“Doctor Pomerantz” plunges unforgivingly into the ennui, cynicism and sense of disappointment that pervades much of Israeli society, particularly among its Ashkenazi old guard. Today the children’s of Israel’s great ideologues and war heroes spend their time getting caught in petty double-billing scandals and shady real estate deals. They make a few half-hearted remarks about the public good while feeding on the slops left by the handful of business oligarchs who really run the show. The elites that once talked of “making the desert bloom,” creating a New Jew and reconstituting a Jewish national culture in its ancient homeland are now indolent and apathetic.

And, well, Dayan thinks it’s about time they all kicked the bucket, himself included. In “Dr. Pomerantz,” the identifiably Ashkenazi members of this graying generation have given up their self-important and grandiose struggles, checking out of this world and into the next. Before seeing “Doctor Pomerantz,” I never thought suicide a laughing matter, or the sight of senior citizens jumping one-by-one from the 12th floor of an apartment building a source of mirth. Strange as it is to say, I stand corrected.

The most notable aspect of the film is the aggressiveness with which Dayan disposes of the sacred myths central to Israeli identity. From the Holocaust to the IDF, they’re all the butt of some absurd joke. In fact, “Doctor Pomerantz” begins with the doctor only half-listening to an elderly patient cry as he recounts losing his family. “What happened? Who died?” he asks. The patient replies, “My father, my mother, my brother, his wife and their daughter.” Pomerantz continues, “What, in the Holocaust?” The patient responds, “No, [in a traffic accident] at Mesubim Junction. What Holocaust?”

The film’s sense of fatalistic resignation is perhaps best exemplified, however, by the elderly character Yitzhak Brenner (played by veteran actor Shlomo Vishensky) as he sits patiently waiting his turn to jump to his death while Doctor Pomerantz cajoles the police taking away the previous suicide victim’s remains below. “Even in order to jump to your death, you have to wait. What a country.”

Watch the trailer for ‘Dr. Pomerantz’: