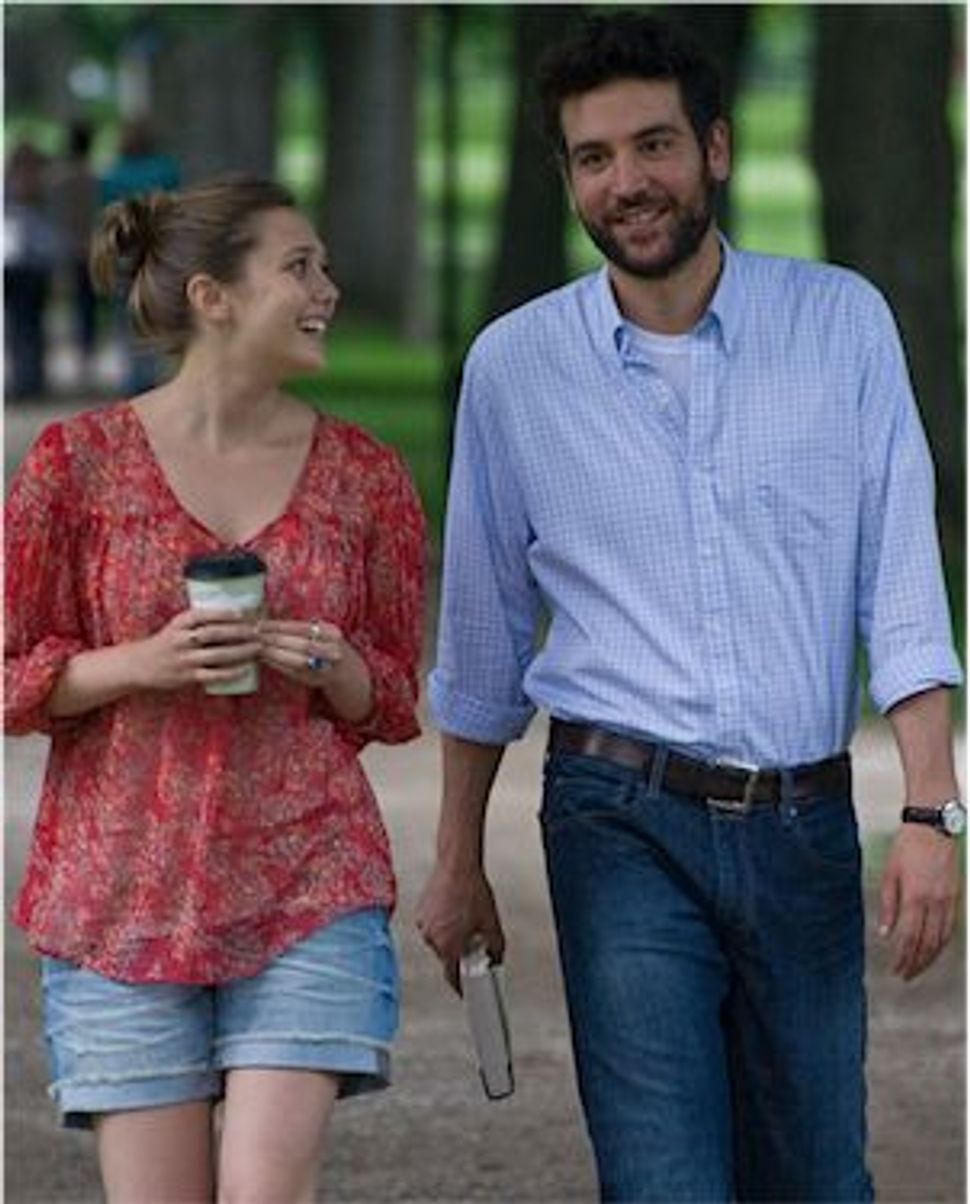 Josh Radnor as Jesse and Elizabeth Olsen as Zibby in ?Liberal Arts.? Image by Jacob Hutchings

John Radnor is best known for his role as Ted Mosby, the central character in the hit CBS sitcom “How I Met Your Mother.” But that’s likely to change as he continues to flesh out his resume as a talented film writer and director. His first feature, “Happythankyoumoreplease” (2010) had, in his words, “a really small theatrical run, but has had a fantastic life on DVD and television.” 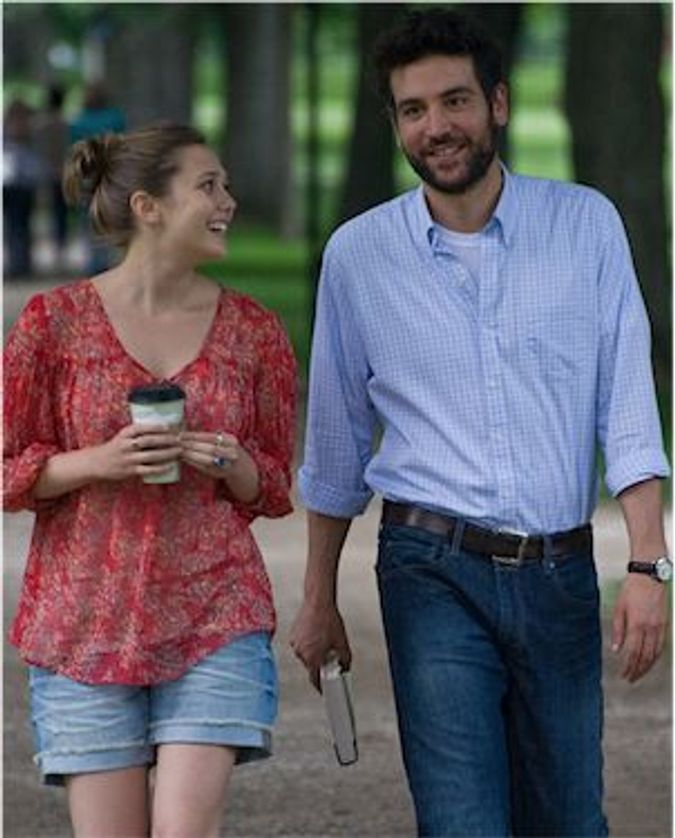 Josh Radnor as Jesse and Elizabeth Olsen as Zibby in ?Liberal Arts.? Image by Jacob Hutchings

Now comes “Liberal Arts,” a thoughtful and entertaining film about growing up and moving on, which opens in New York and Los Angeles and on Video on Demand September 14.

Radnor spoke to The Arty Semite about film distribution, how his TV and film careers impact each other and how a graduate of the Columbus Torah Academy accidentally got the show business bug by doing a mitzvah for a friend.

Curt Schleier: Did anyone express concern that not only were you acting in a film you wrote, but you also were directing?

Josh Radnor: I think it was a concern for the first film, because I hadn’t done it before. People get alarmed about first-time directors all the time. There are stories of people who get in over their heads. But as Herculean as the task seems, it is doable; a lot of people have done it. And now I’ve done it twice; that’s not to say that it’s for everyone, because it certainly isn’t.

What do you think about the way many films are being released quickly on television?

It seems a lot of people are seeing movies on demand. I was just talking to someone who said she loves video on demand because she has kids and it’s hard for her to get out. Every filmmaker has dreams of packed multiplexes, packed theaters for a long long run of their movie. But given the lives people are living now, I feel any way people can see a movie is great.

Did your television exposure help you raise financing?

People might think so, but it was very difficult to get financing for my first movie. We had some people who were interested in the script, wanted to make it and were okay with me being in it, but were less sold on me being a director. Financing for the next film was a lot easier, but I think that was because the producers were fans of the first film and also fans of Elizabeth Olsen who was attached at that point; they had worked with her before.

On the subject of Olsen, you have a great cast: Richard Jenkins, Allison Janey, Elizabeth Reaser, Kate Burton and Zac Efron, among others. Was TV related there?

I think the script does it. People are looking for good material. If there’s good material to be had, they want to do it. There’s not a ton of juicy roles floating around for all these actors. It’s very competitive to get good parts. I think when there’s a script that speaks to people, they’ll want to do it. I’m not saying that [TV exposure] hasn’t helped me some, but it also can get in the way of things. People say he’s just a sitcom actor. You’ve got to fight for a little more respect.

Can you tell me a little about your upbringing?

I went to an Orthodox Hebrew day school. We belonged to the Conservative synagogue. My dad and mom were both active in the synagogue. My dad was president for a while. They sent me to the school because they thought it was a great education.

As I understand it, you became interested in show business because you did a friend a favor.

I got dragged down to the auditions for the (high) school musical, “Oklahoma,” by a friend of mine. She was nervous and wanted me to keep her company while she was there. I went and I was watching everyone audition and thought, man I think maybe I can do this a little better than these people. They pointed at me and asked if I wanted to audition. I said yes and ended up getting one of the leads. The next year I played the MC in “Cabaret” and that was kind of it for me. Once I did that I started to think maybe this is something I wanted to do.

Is there something in your Jewish background that informs your work?

I read somewhere that Tony Kushner was asked why so many Jews are attracted to the theater. He said reading the Talmud and reading a play are very similar. There’s a surface read and then digging underneath the text. I feel having this background, having this love of literature, looking at something on the surface and excavating and finding out what more can be gleaned from it, you get from a Jewish way of learning.

Watch the trailer for ‘Liberal Arts’: