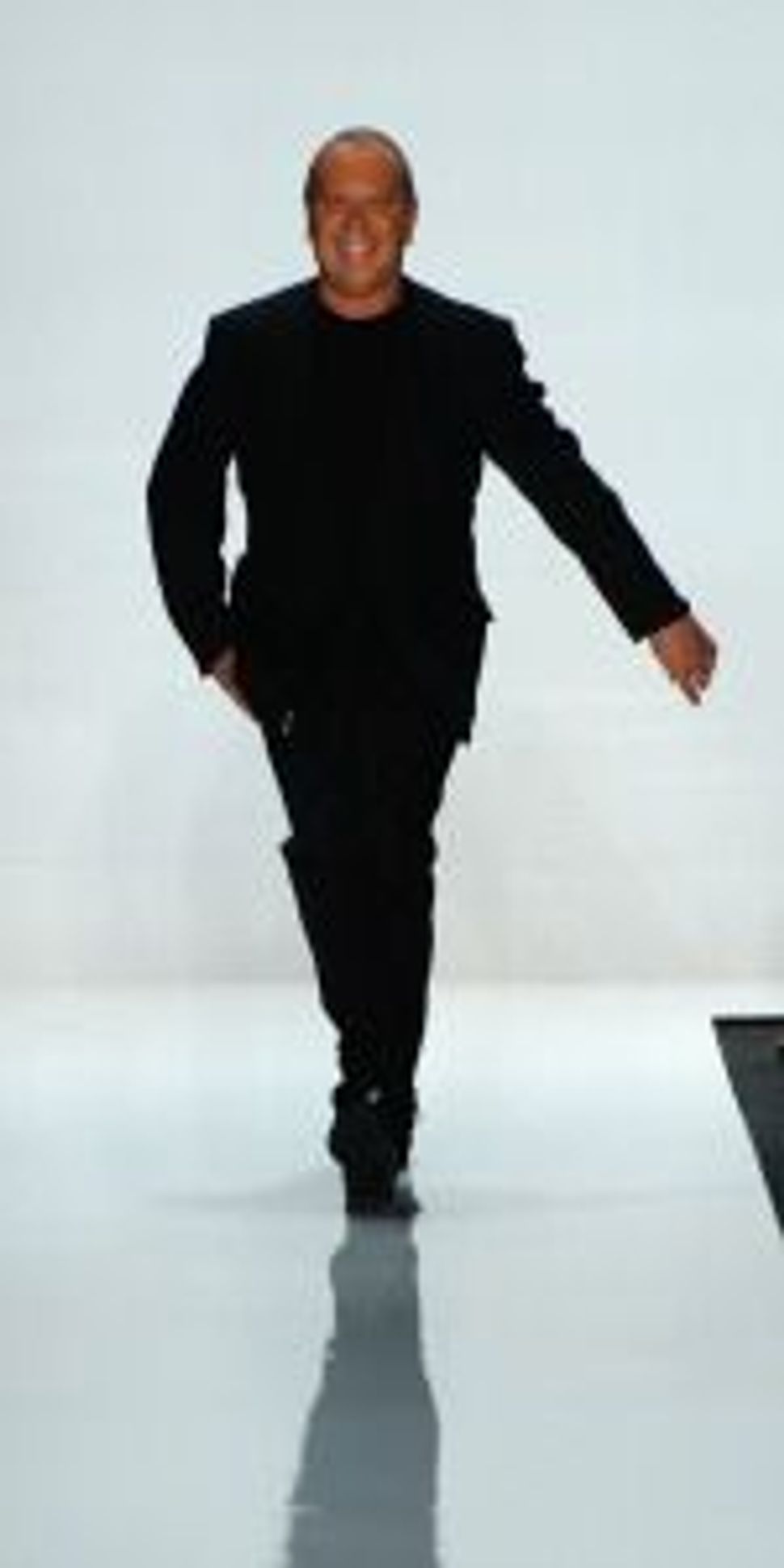 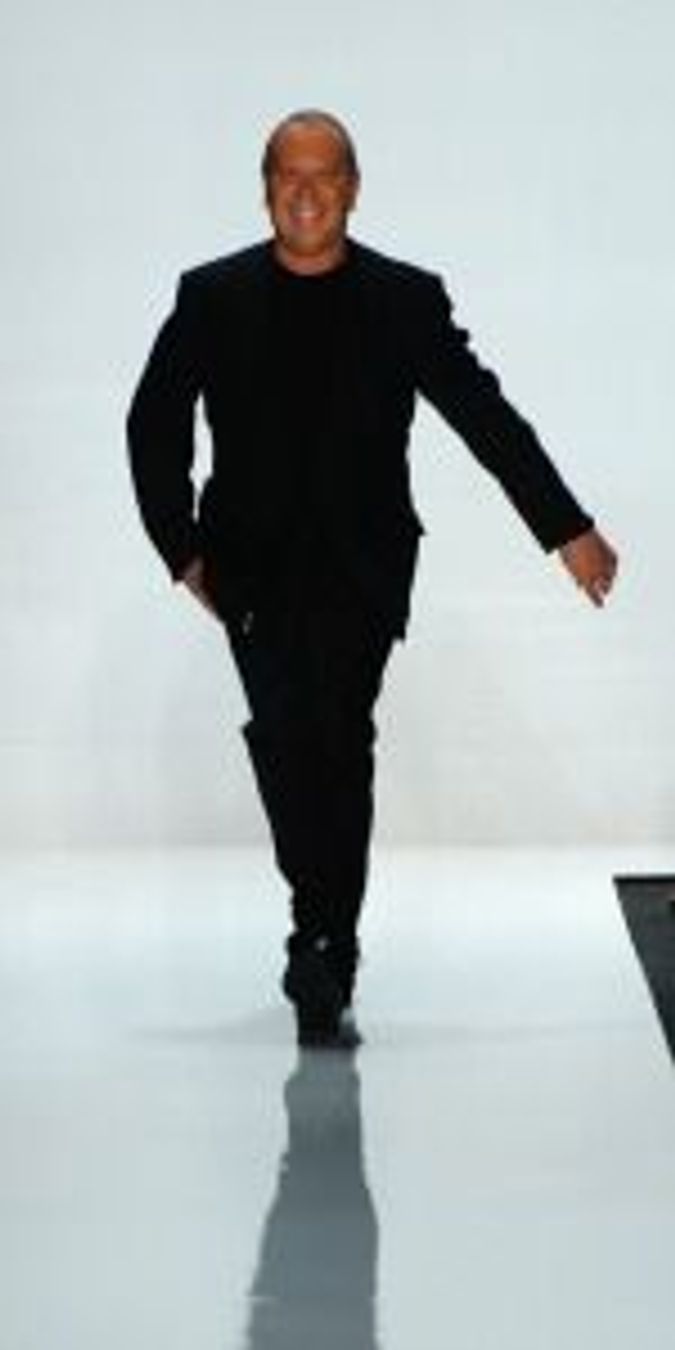 Kors started his label in 1981 when he was fresh out of the Fashion Institute of Technology, and started selling his clothing at Bergdorf Goodman and Saks immediately. Women were attracted to his modern takes on classics and pieces that made them look at once classy and hip. Now, decades later, he has flagship stores around the country, and beauty, eyewear, fragrances, home, handbags, jeans, shoes and underwear lines. And of course, he has mega celebrity factor from his role as a judge on Project Runway, where his Jewish roots sometimes show. According to a New York Times profile he once told a young designer, “One of my aunts might have worn that dress. It’s, like, a good bar mitzvah moment.”

Before today’s show Kor’s tweeted the gist of his newest collection: “Graphic stripes, bold shades, and geometric glamour.” Two models wore black dresses with small triangle shapes in the back. A male model wore a green and black striped sweater with matching green pants. One model looked drop-dead gorgeous in a bright, red backless dress with a shiny but simple matching belt around her waist. In the finale models walked the runway according to the colors they were wearing, a move that made one Twitter user so excited she exclaimed via tweet, “OMG.. his ending is genius. Going by color, such a smart move.”

All, in all, his look was simple, preppy, but very fresh: The perfect all-American combo.