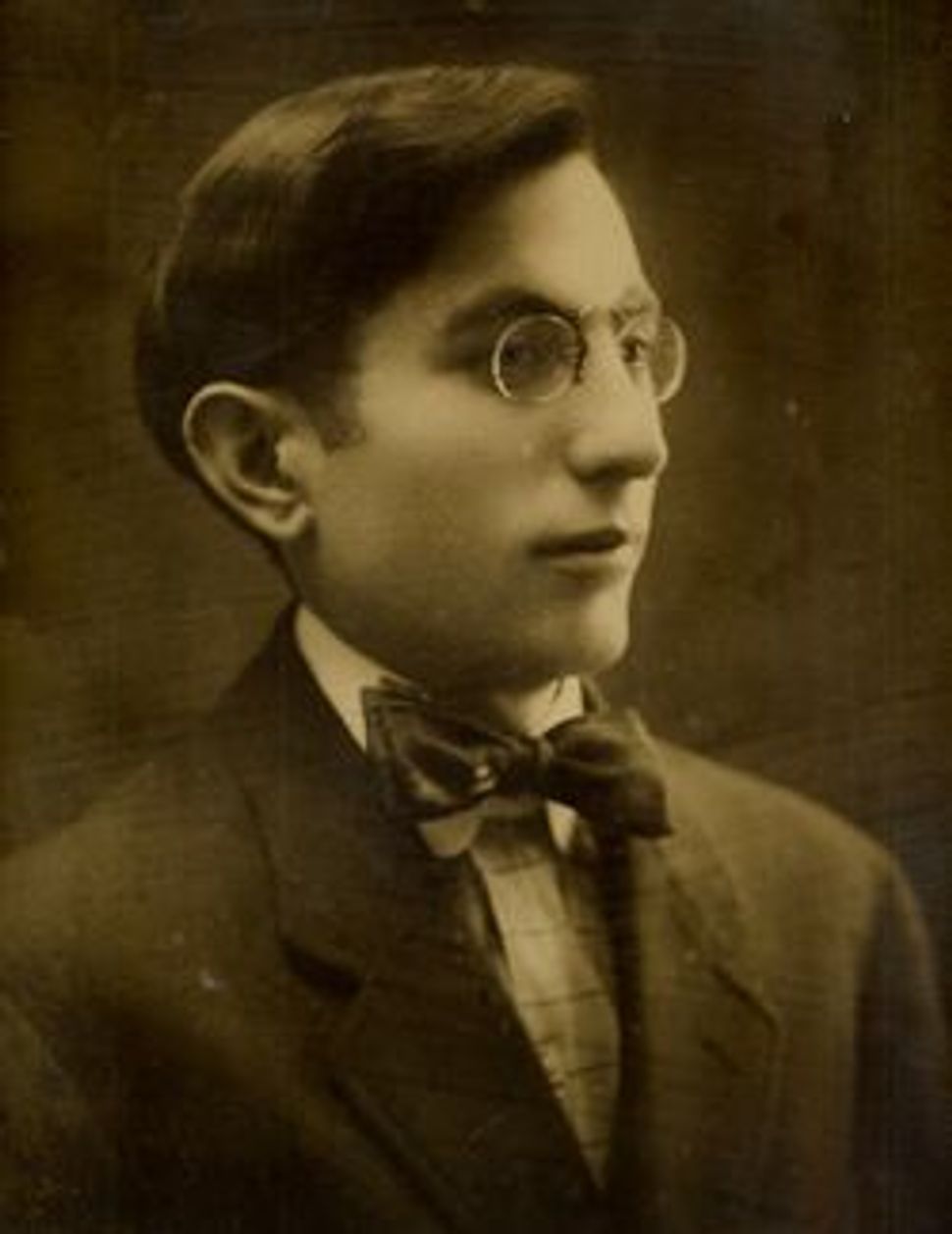 It Runs in the Family: Errol Morris?s great-grandfather was a Talmud scholar. Image by Courtesy Of Errol Morris

Because Errol Morris believes in the power of eye contact, he invented unpatented machines called the Interrotron and the Megatron that allow his documentary subjects to look directly at his face on a projected screen while he is in another room. This unusual method lends a startling intensity and intimacy to his mesmerizing films. It would sure be nice to borrow one of these fantastic devices to interview the country’s master interviewer. But he is on a national tour for his book “A Wilderness of Error”; plus, he’s planning a trip to North Carolina to attend Jeffrey MacDonald’s evidentiary hearing in federal court, which is being held on yontif — something that, Morris confides, makes him feel both irritated and guilty. So, alas, I am reduced to a phone interview. 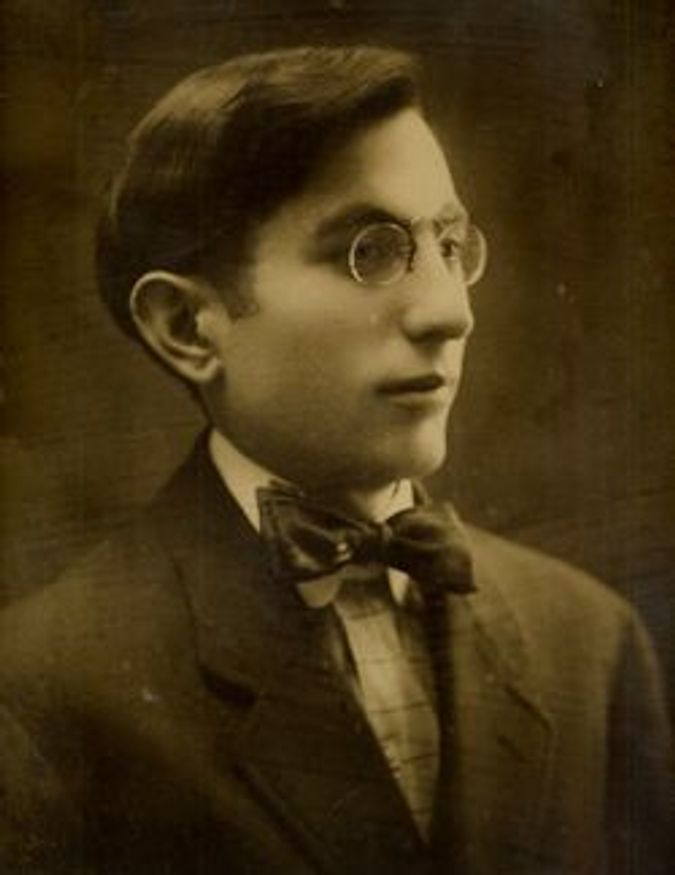 It Runs in the Family: Errol Morris?s great-grandfather was a Talmud scholar. Image by Courtesy Of Errol Morris

The 64-year-old Morris is a famously obsessive researcher and, in his younger years, he even did a stint as a private detective. I ask him if there a fine line between obsession and devotion. Is he outright devoted to his book and film subjects?

“I save the word devotion for living things,” Morris says, his animated voice suggesting a younger, sweeter Mel Brooks without the shtick. “My mother [Cinabelle] was devoted, and I was devoted to her. My father died when I was two, and she raised my brother [Noel] and me alone as a music teacher. She took 20 years to remarry. Even 10 years after her death, I revere her.” He goes on: “It’s hard to believe, but she was getting degrees at Hunter College and at Juilliard at the same time. She was a truly gifted pianist. We played many sonatas — the Chopin sonata for cello and piano and the Rachmaninoff sonata for cello and piano. My mother could sight-read almost anything.”

In “A Wilderness of Error,” Morris writes that as a child he was influenced heavily by Edgar Allan Poe. Did he also, as a Jewish child growing up in Hewlett, Long Island, have a dark biblical story that affected him while in Hebrew school?

“Now that I think of it, how could I not be changed by those stories?” he says. “The first one that pops to mind is Abraham and Isaac, because I am a father with an only son, Hamilton.”

According to our mutual friend, filmmaker Jack Lechner, executive producer on Errol Morris’s Oscar 2004 Oscar-winner “The Fog of War: Eleven Lessons from the Life of Robert S. McNamara,” “When Hamilton was a kid, he asked for a set of lock picks for his birthday. Errol happily gave them to him, and Hamilton became a master lock picker.”

“This is true,” Morris tells me. “I was into locks, too, as a child, for that matter. We may have a genetic lock thing. But Hamilton is his own character, very much into investigation.”

The younger Morris, 24, has made his own name for himself as a writer and documentarian, traveling around the world for the website vice.com in a series called “Hamilton’s Pharmacopeia,” in which he catalogs hallucinogens that aren’t illegal yet. He is his own guinea pig.

“Not just Vice!” proud papa says. “He is also published by Harper’s! He just had his second essay picked up by them. I’m just thrilled.”

Jewcy.com revealed that Hamilton Morris became a bar mitzvah at the fortress of Masada, overlooking the Dead Sea. Did Errol Morris have a bar mitzvah too?

“Yes, of course, in the Conservative congregation of Congregation Sons of Israel in Woodmere, Long Island,” he says.

Home for Morris and his wife, Julia Sheehan, is Cambridge, Mass. He has been married to Sheehan since 1984. The couple met in Wisconsin while Sheehan was a student and Morris was researching serial killers such as Ed Gein for a film. In addition to her work as an art historian, Sheehan was also a producer on his films “Fast, Cheap, and Out of Control” and “Standard Operating Procedure,” which concerned torture at the Abu Ghraib prison in 2003.

Morris has publicly acknowledged that as a young man he briefly shucked his connection to Judaism. He has also been criticized for making a documentary about a Holocaust denier (“Mr. Death: The Rise and Fall of Fred A. Leuchter, Jr.”) since relatives on his father’s side were killed in the Holocaust.

“There is no historical subject so sacrosanct — and that includes the Holocaust — that it should not be examined, re-examined,” Morris once told an interviewer from the U.S. Holocaust Museum. “History should never be considered as some kind of recitation of dead facts. It for all of us should be a process of endless discovery and rediscovery.”

I tell Morris that, in both “A Wilderness of Error” and in some of his other work, his writing reminds me of Talmudic commentary. He gives a quick snort — as it turns out, his great-grandfather on his mother’s side was a Talmud scholar. “I saw a photo of him,” Morris says. “I look quite a bit like him. Really! But actually, Hamilton looks even more like him.”

So, now that Morris has finished “A Wilderness of Error,” is he done with the Jeffrey MacDonald story? Or is he suffering from a cathexis, a condition the Oxford Dictionary recently tweeted as the word of the day — defined as an unhealthy obsession with a person or object?

Morris laughs, as he is very familiar with the word. “I don’t pay attention to other people’s opinions, if my interests are healthy, or unhealthy,” he says. “I find I’m drawn to irritation. Irritation is a part of my life.”