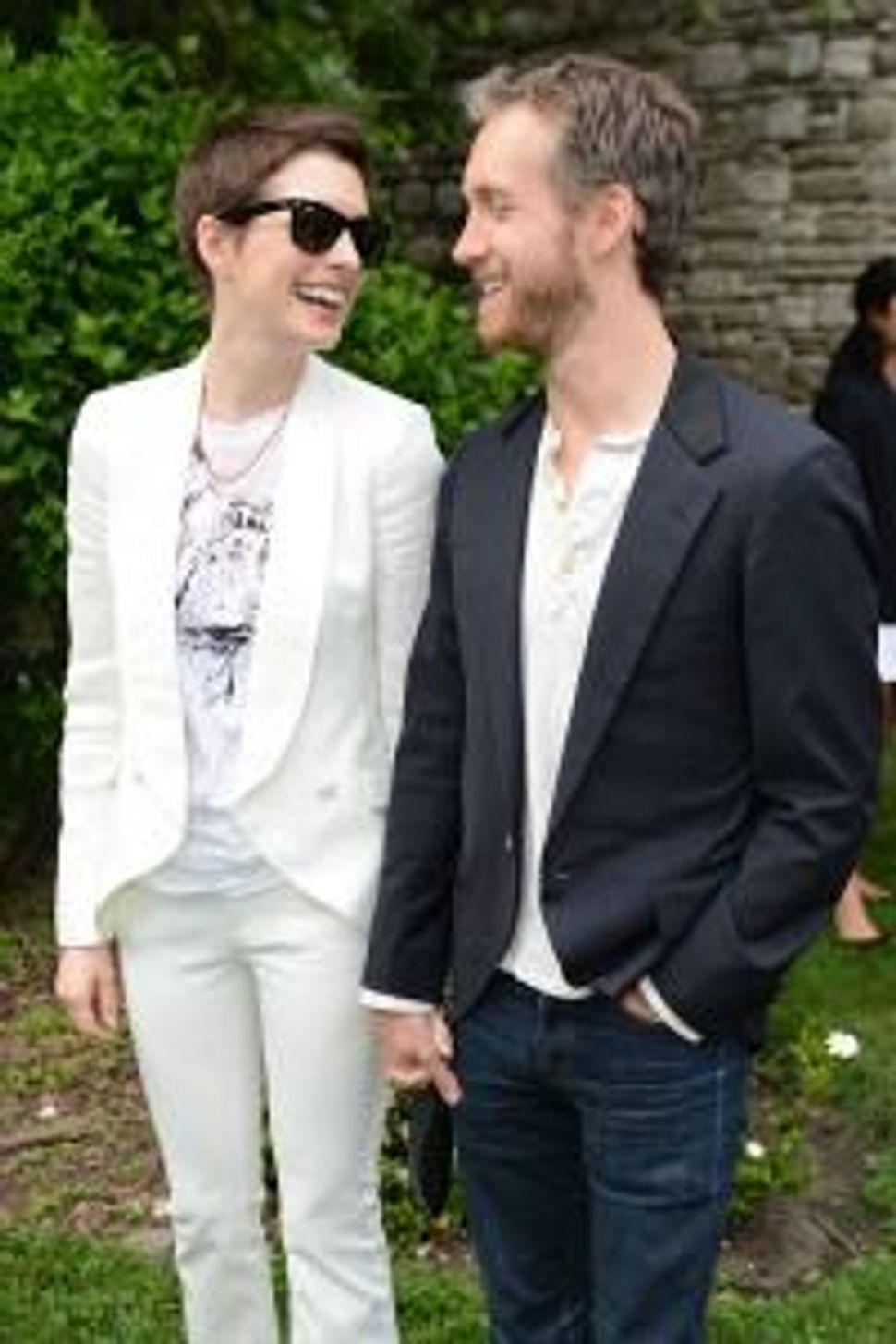 Hathaway and Shulman weren’t the only ones doing some New Year’s smooching. Mila Kunis and Ashton Kutcher were spotted locking lips in New York’s Central Park, also on Monday.

Another celeb couple caught by the paparazzi used the moment to do some guerilla marketing for charities close to their hearts. Upon leaving a restaurant at which they had lunched, Andrew Garfield and his girlfriend Emma Stone held up signs with a message drawing attention to organizations they feel deserve more attention than they do.

Amanda Bynes is out of jail on her own recognizance for her April DUI arrest, but she is in a lot of trouble for a number of serious driving offences. A judge, who denied a DA’s request that a $50,000 bail be imposed on Bynes, has warned her there will be severe consequences if she breaks the law again. The actress’s parents have moved from Texas to Southern California to keep an eye on her.

When Sarah Silverman wants to get rid of her gum while walking the red carpet, she just takes it out of her mouth and hands it to the nearest guy. On Tuesday night at the “Condé Nast Travelers” “Visionaries” awards, that just happened to be Adrian Grenier—who tactfully put it in his suit pocket.

“The Big Bang” cast graces the cover of this week’s Entertainment Weekly. But where’s Mayim Bialik?!

On Sunday, Ryan Braun drew a standing ovation as he hit his 200th career home run, but the Mets still lost 3-0 to the Brewers.

According to Forbes’ newly released annual list of the 400 wealthiest individuals in the U.S., New York Mayor Michael Bloomberg is $3 billion richer now than he was just half a year ago.

There’s a new young Jewish would-be singing star to cheer for. Thirteen-year-old Carly Rose Sonenclar of Westchester, N.Y. wowed the judges at her The X-Factor audition with her rendition of Nina Simone’s “Feeling Good” and advanced to the next round.