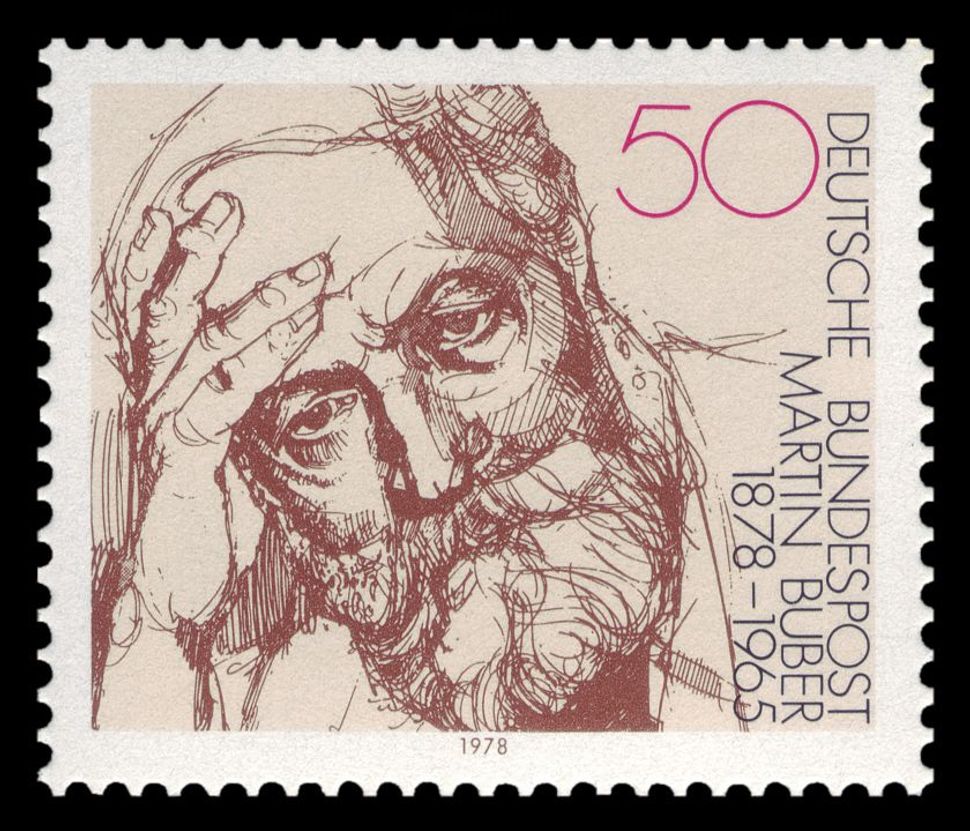 The Vienna-born Jewish philosopher Martin Buber (1878-1965) is best remembered by English readers for such texts as “Tales of the Hasidim,” “Between Man and Man,” and “I and Thou.” Yet German readers also relish Buber’s skill as a translator, notably in his mighty version of the Bible, in collaboration with the German Jewish theologian and philosopher Franz Rosenzweig.

The project began in 1925, and after Rosenzweig’s premature death in 1929, Buber toiled on alone until he completed the work in 1961. In 1954, Buber wrote a personal essay, “Towards a New German Translation of Scriptures” to accompany a reprint of their translation of the Torah. In January, Les éditions Hermann published Buber’s essay, translated by the French philosopher Marc de Launay. Buber explains that even before the First World War, he sought to create an explicitly Jewish translation of the Bible as a group project, enlisting such noted writers as Moritz Heimann and Efraim Frisch.

After the war made this project impossible, Buber tried again in the 1920s with Rosenzweig, who had been writing to Buber about his own project to translate Yehuda Halevi’s poems. At first, both men felt that the traditional translation by Martin Luther should be the basis for any new translation, but they eventually realized that, as Buber writes, “Luther’s Old Testament remains an awe-inspiring work, but henceforth is no longer a translation of Scripture.” In response to Buber’s first draft of Genesis, Rosenzweig responded: “The patina has gone, but it shines like new, which is already something.” Of another early Buber effort, Rosenzweig wrote: “It’s astonishingly German; in comparison, Luther seems almost Yiddish… You are trying to exhume the Hebraic content within every word.” Early reviews were not all raves. In 1926, the Marxist Jewish critic Siegfried Kracauer complained that the first part of the Buber-Rosenzweig translation signaled a reactionary, ideologically obsolete return to religion, and Kracauer’s friend Walter Benjamin agreed. In 1961, more justly, Gershom Scholem gave a speech in Jerusalem on the occasion of the completion of Buber’s work. Scholem explained that the translation was intended as a gift for German Jews, yet due to historical tragedy, the “Jews for whom you undertook this translation are no longer alive, and those among their children who escaped this catastrophe no longer read German.” Even so, as de Launay states, the Buber-Rosenzweig translation today remains the only one that “communicates Jewish creativity in a German context.”