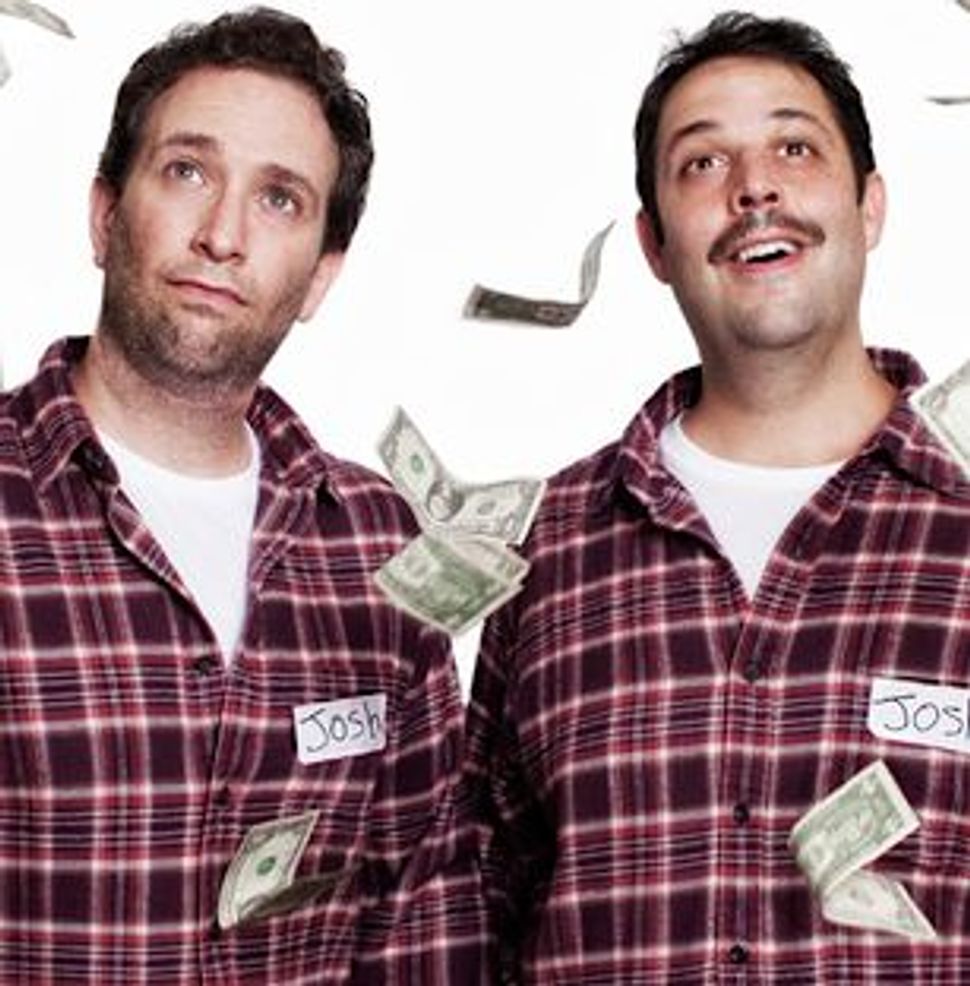 There are actually three Josh Cohens in the production. One lives in the present, as a narrator played by David Rossmer (who co-wrote book, music and lyrics). His doppelgänger, played by Steve Rosen (the other co-writer), is Cohen of a year ago.

Cohen feels like the burglary is the final insult. It started in grade school, when Betsy refused his entreaties because he had cooties, and continued in high school when Jen turned him down because the poem he sent her “made me think of Shel Silverstein, which is perfect if I was 13.”

Thing didn’t get better in college when the play he wrote embarrassed his one and only girl friend to the point of breaking up. Since then he disappointed his parents, who wanted him to be a lawyer, not a would-be writer. And despite his annual promises that this year will be different, Valentine’s Day is a disaster.

Josh is convinced fate has it in for him, and, given all the evidence, it’s hard to argue. Until…

He goes to his mailbox and discovers a check made out to him for $56,000. It comes from Irma Coen, who he assumes is a distant relative. Though his parents have no idea who she might be, they and everyone he asks suggest he deposit the check as soon as he can get to the bank. His great grandfather, a Hasid who was apparently very fertile, left aunts and cousins sprinkled from sea to sea.

But Cohen’s Jewish guilt stikes every time he heads out the door for the bank. Finally he calls Irma in West Palm Beach and discovers she’s a nice old grandmother who sent the check to her son, the other Josh Cohen — this would be Josh Cohen number three — but was off one digit in the address.

I won’t spoil the ending, but it is happy, and so you will be. There are four other members of the ensemble, all onstage musicians/singers/actors who assume a variety of roles and are all excellent. The songs are bouncy and lyrics funny. In the end you’ll be sorry there aren’t more Josh Cohens around.

“The Other Josh Cohen” plays at the Soho Playhouse through November 11.