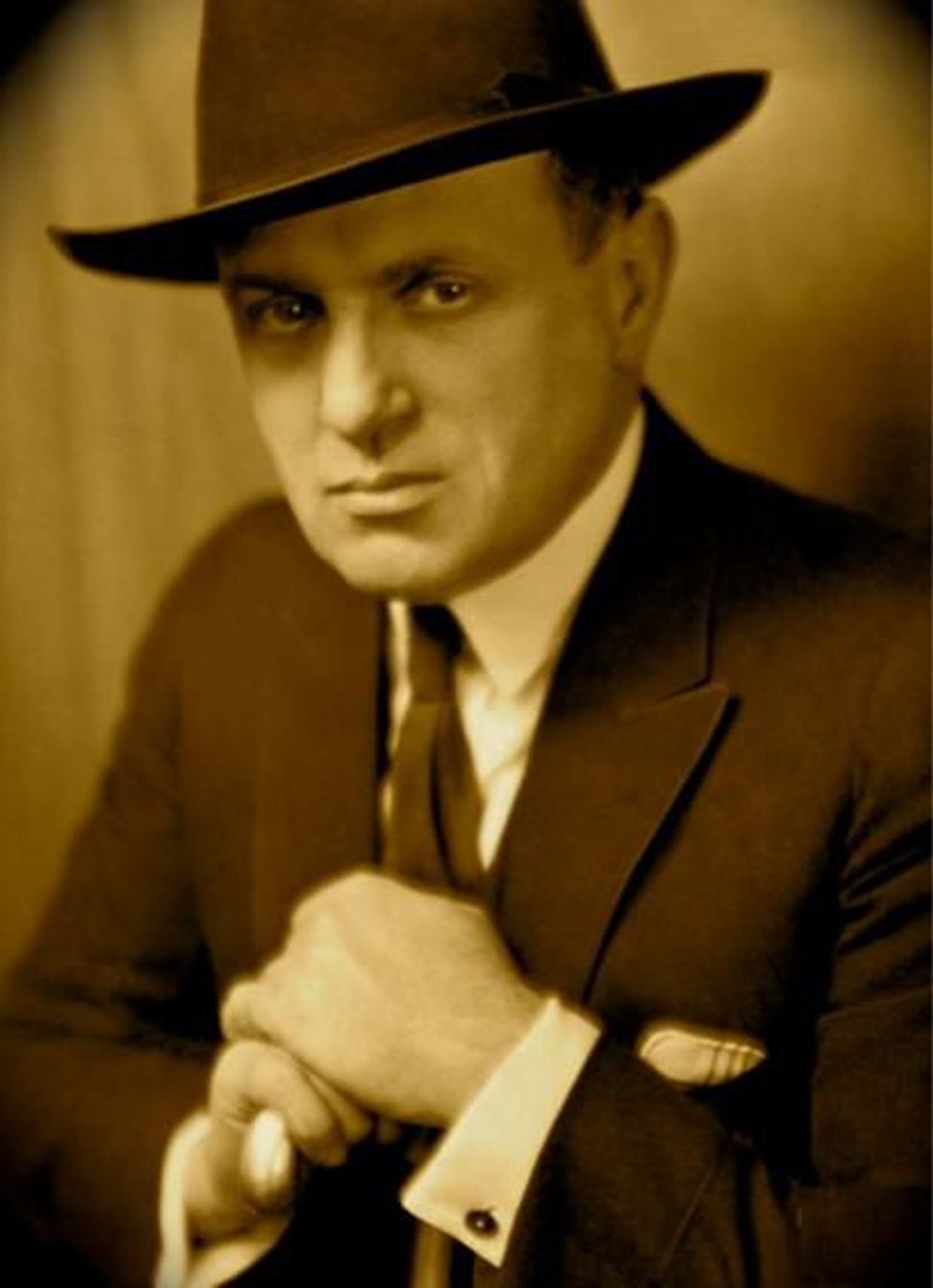 Written by Ross Melnick, “American Showman” details how Roxy constructed many palaces for movies and related entertainment, of which only Radio City Music Hall survives today. Manhattan’s long-gone, once-majestic Roxy Theatre on Seventh Ave and 50th Street was known as the “cathedral of motion pictures.” Indeed, “Moving Picture World” joked in the 1920s: “Now that New York has three cathedrals, St. Patrick’s, St. John’s, and Roxy’s, we can look for the canonization of the latter almost any day now.” Born in Bromberg, Germany (today’s Bydgoszcz, Poland) Roxy moved with his parents to Stillwater, Minnesota in 1886. He remained ever-conscious of appealing to Jewish audiences, as when he opened a West Harlem theatre, the Regent Roxy, in 1913. A journalist noted in 1923 that at the latter palace, Roxy offered a glimpse of luxury through refined music, soft lights, and quality movies: “This [Roxy] attempted where he knew he would appeal to Jewish audiences, for he knew that the Jews were a music-loving race.” Hiring resident orchestras and choirs one hundred strong in some theatres, Roxy boosted musicians’ careers, as when the Hungarian Jewish violinist Jenő Blau landed a job playing and occasionally conducting in one of Roxy’s theatres, and later became known as the famous maestro Eugene Ormandy.

By pampering audiences in exquisite surroundings, Roxy fascinated some observers such as the pioneering German-American Jewish psychologist Hugo Münsterberg, who termed Roxy the “world’s most natural psychologist” for intuitively grasping the innate link between music and then-silent film. Roxy also attracted the scorn of anti-Semites such as American novelist Theodore Dreiser, whose diary records a 1916 visit with Roxy, a “clever Jew who has become managing director of three great movie houses in New York… That apartment! And his wife! Former kikes all, raised to ridiculous heights by wealth.”

Others lauded Roxy’s talent for presenting films of quality, such as Ernst Lubitsch’s “Passion,” Robert Flaherty’s “Nanook of the North,” Robert Wiene’s “Cabinet of Dr. Caligari,” and F. W. Murnau’s “Sunrise,”. Roxy was the top, and not just for his ushers’ pants.