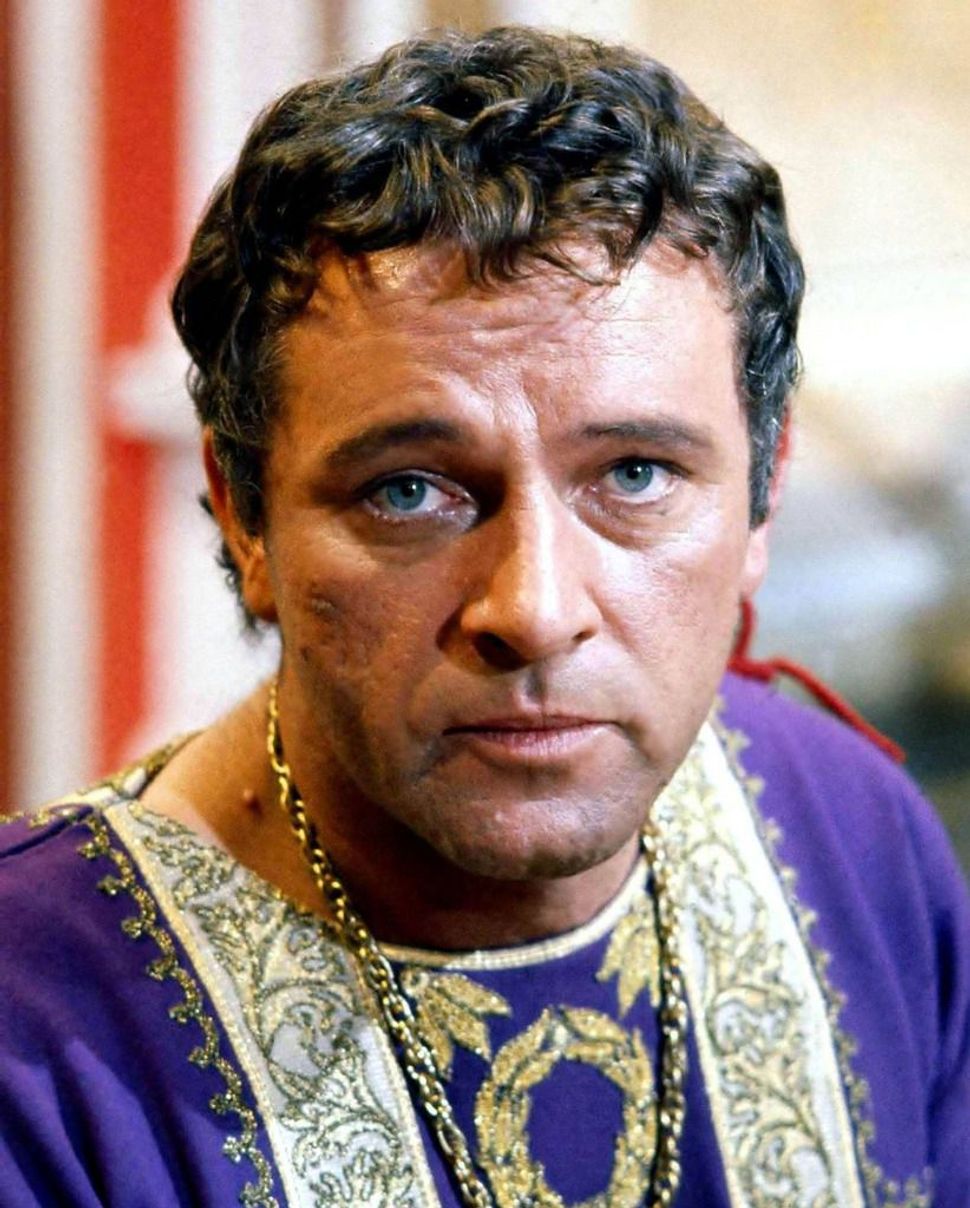 Who was more Jewish — Elizabeth Taylor or Richard Burton? This question was the basis for squabbles between the married Hollywood superstars, according to Sam Kashner and Nancy Schoenberger’s “Furious Love: Elizabeth Taylor, Richard Burton, and the Marriage of the Century.” Taylor was a celebrated convert to Judaism, but Burton was proud of having a Jewish maternal grandfather in his native Wales. Burton further argued that the Welsh are the “Jews of Britain,” referring to ethnic stereotyping directed against his fellow Welshmen. By contrast, he told his wife, “You’re not Jewish at all. If there’s any Jew in this family, it’s me!”

Further evidence of Burton’s sympathy for Yiddishkeit is to be found in the newly published “Richard Burton Diaries.” (Yale University Press) Burton’s entry for June 6, 1967 reads that a friend had advised him that “war had broken out between Israel and Egypt and other Arab idiots.” On June 12, Burton noted with some hyperbole and underlinings, “The Israeli war is over. The Israelis completely destroyed the forces against them in 3 days with what seems a mopping-up action of two days… That clever idiot Nasser resigned and then ‘at the behest of his people’ returned to office 16 hours later.”

In November, 1971 Burton marvels when his housekeeper in Gstaad, Switzerland assumes that her employers are Catholic, whereas “we have E[lizabeth] – Jewish, Liza [the daughter of Taylor and her late husband, the showman Mike Todd who was born Avram Hirsch Goldbogen] – nothing but Jewish by birth.” In January 1972 during a visit to Arizona, this type of confusion is repeated in a more sinister context when Burton and Taylor dined with high society folk, Mary Frances Voldeng and her doctor husband, at the “swankest country club in Phoenix, or the richest, or both.” Burton is told by his hostess that their Club is restricted: “I discovered towards the end of the dinner that the Club was restricted to gentiles only. NO JEWS ALLOWED. Mary Frances told me so. She said that they, the Club, had told them, the Jews that there are just too many of you and before long you’ll be running the place so why don’t you form a club of your own. I was flabbergasted. I should have immediately announced this to the rest of the family and we should have undoubtedly swept out en masse…

“I simply couldn’t sit there and say nothing. [Mary Frances] promptly gave me an opportunity to salvage my conscience as she said with twinkling glee ‘And do you know Richard they ran into financial difficulties and had to appeal to us gentiles for help. What about that!’ I swooped. ‘How strange to hear that,’ I said, ‘our lot doesn’t usually get into that kind of difficulty.’ She took the blow with an air of not knowing quite whether I was making a little British joke or not. I now laid it on. ‘Elizabeth, as you obviously don’t know is a covert to Judaism and our daughter is of course a Jewess and my grandfather was a Jew.’ She was helpless. She said ‘Yes’ but it had several additional vowels in it, impossible to write down but it was something like ‘Yeaaeahowes.’…Dr. Voldeng said that the thing that had made this country great was that it was a melting pot for all the people of the world. Yawn. Yawn. But they had just said that Jews were not allowed in their club! There was therefore absolutely no point in asking about the blacks. We reduced ourselves to hysteria in the course of the post mortem in our suite but under it all we were sick at heart.”

Watch 1975 newsreel footage of Elizabeth Taylor and Richard Burton arriving at Lod Airport and traveling to the King David Hotel during a visit to Israel here.