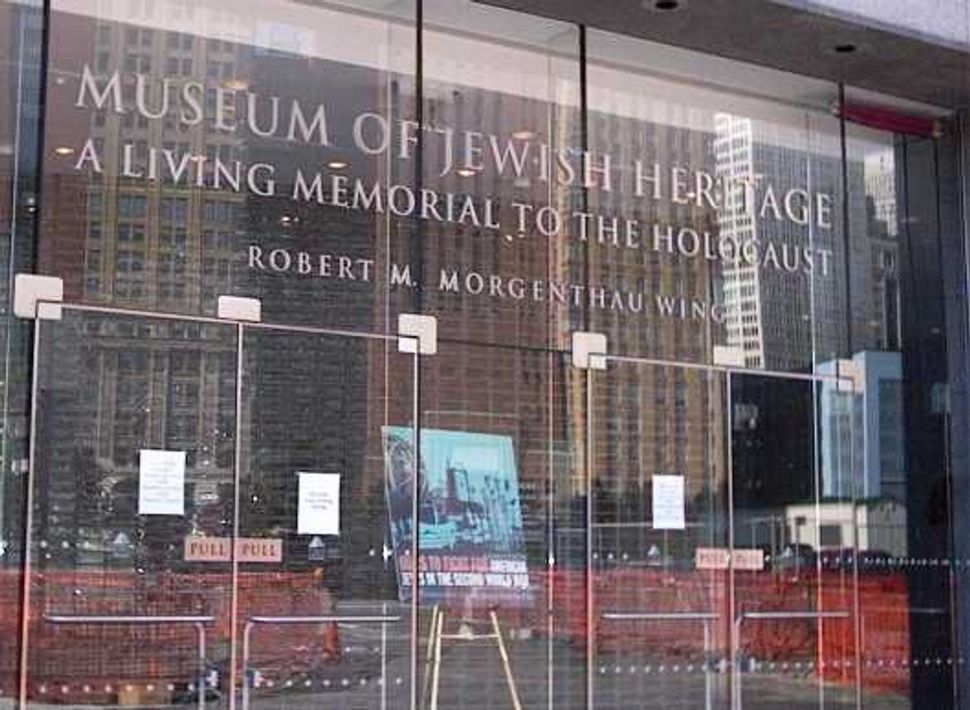 Of all the Jewish institutions in New York, the Museum of Jewish Heritage, found itself in the most vulnerable position as Hurricane Sandy bore down on the city Monday night. It was thought that the museum, located right on the edge of New York Harbor, in Battery Park at the southern tip of Manhattan, was sure to be severely damaged by swells roaring over the sea wall. 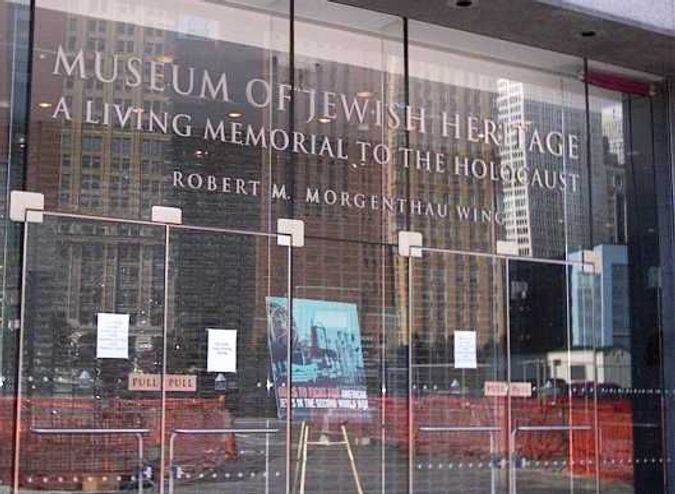 To everyone’s surprise, MJH came through the storm intact, despite the water’s rising to an unprecedented 13.8 feet. Associate Director Abby Spilka said it was “a miracle” that the building and exhibitions, save for some water damage in the basement, came through unscathed. Spilka attributed this to shear luck relating to the museum’s position on the uneven landfill underneath Battery Park. Whereas nearby areas were completely flooded, it appears that the specific physical placement of the building prevented it from suffering a similar fate.

Having suffered from being merely blocks away from Ground Zero on September 11, 2001, MJH takes emergency preparedness extremely seriously. “Irene was a perfect dress rehearsal for us,” Spilka said referring to the precautions the museum took in August 2011, and which were repeated last Sunday in anticipation of Sandy. Staff dismantled and removed all the artifacts exhibited on the first floor and moved them to a higher floor in the building. While the dismantling took six hours, Spilka expects it will take three days to reinstall the exhibitions.

Ten staff members (engineers, security personnel, cleaners and operations people) weathered the storm inside the museum, monitoring the performance of sandbags placed around the building and pumping out water that had seeped into the basement. As of Thursday, the museum’s phones and Internet were still down, and the building — like all others in downtown Manhattan — was without power. MJH’s reopening is contingent on restoration of power and public transportation lines, without which neither staff nor visitors can reach it.

As far as Spilka is aware, all the members of the museum’s staff, board and extended family are safe. As soon as staff has returned and phone lines are working, artifact owners will be called and reassured that their items are undamaged.

The only casualty at the museum was a tree that stood between the building and the harbor that was downed by the high winds. Amazingly, none of the nine-year-old trees that are part of the permanent outdoor Garden of Stones installation by Andy Goldsworthy fell over. “Fortunately, they are anchored by boulders that weigh between two and 13 tons a piece,” Spilka said.