Aaron Sorkin is All Atwitter 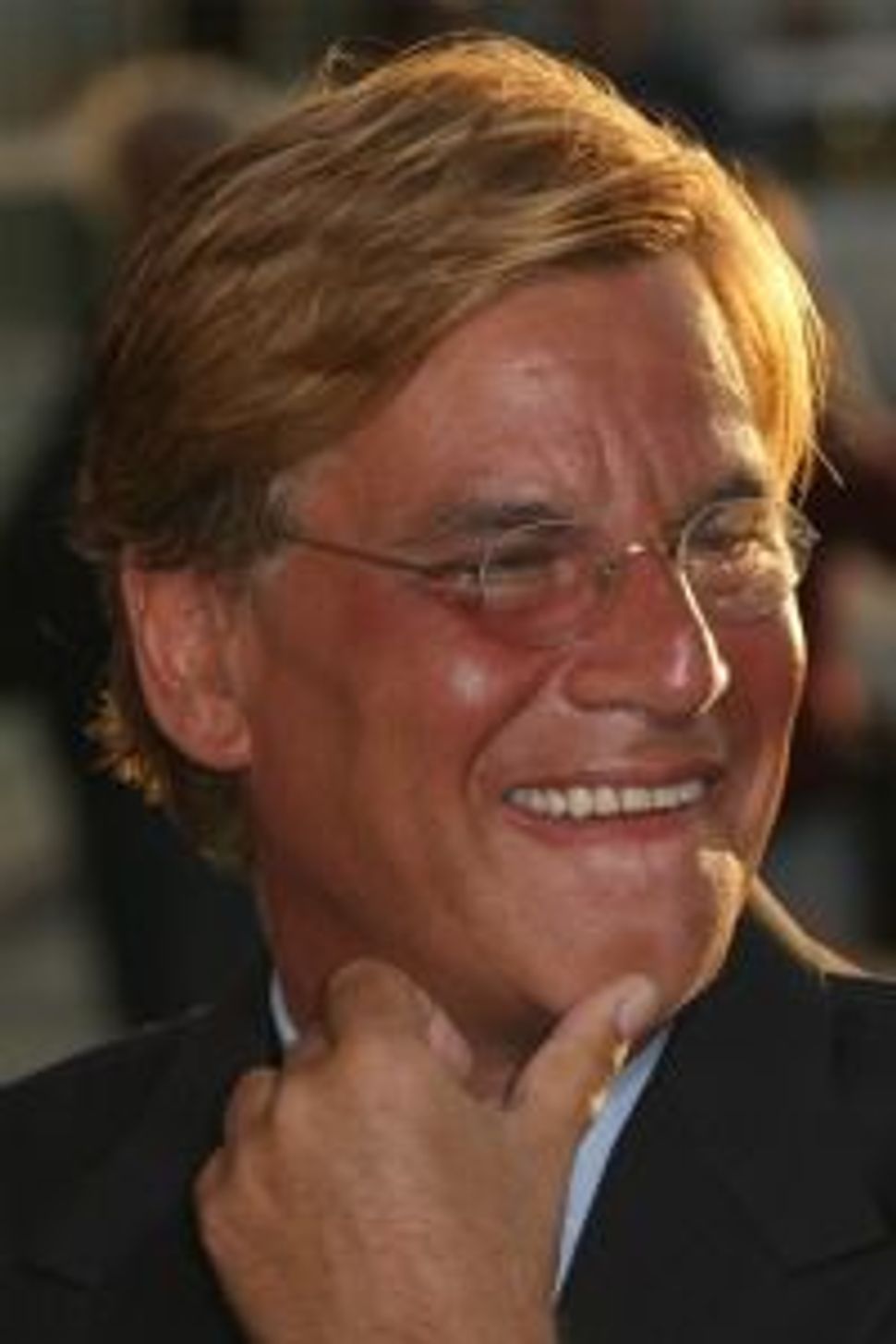 We know he’s good at walking and talking. But how about walking and tweeting? We shall soon find out now that Aaron Sorkin has finally joined the Twitterverse.

Hurricane or no hurricane, Halloween arrived last week. Sacha Baron Cohen dressed as bizarre hybrid cow and monkey sock doll. Debra Messing went in Marie Antoinette guise. Yes, that was Jeremy Piven trying to hide from the cameras as Che Guevara, and did you recognize Adam Lambert behind all that scary vampire makeup?

Singer-songwriter and eyewear entrepreneur Lisa Loeb practically apologized to her blog readers for considering dressing her 2 ½ year sold daughter Lyla and 4 month old son Emet as Harold and the Purple Crayon (Lyla would be the crayon) for Halloween. We think it sounds pretty cute and creative.

Mazel tov to Evan Rachel Wood on her marriage to actor Jamie Bell, who has played, among other roles, Jewish partisan Asael Bielski in “Defiance.” The bride wore a custom dress by Carolina Herrera.

Jeffrey Katzenberg has finalized contract negotiations that will keep him on as DreamWorks CEO until 2017. Among the new terms is an increase in annual base salary from $1 million to $2.5 million.

In talking about the time she gives to make political videos (think “The Great Schlep” and “Let My People Vote”) without payment, Sarah Silverman calls herself “the poorest-to-famous-ratio person, non-scandal.”

X-Men fanatics will be happy to hear that Bryan Singer has signed on to return to the franchise as director of the next installment, titled, “X-Men: Days of Future Past.” The film is due to arrive in theaters in July 2014.

Obama strategist David Axelrod hopes he won’t ironically be shaving off his trademark 40-year-old mustache during Movember. In a bet with cable news and radio talk show host Joe Scarborough, Axelrod has said he will shave it off if the president loses Minnesota, Pennsylvania and Michigan in the upcoming election.

American Olympic track and field gold medalist Allyson Felix was in Tel Aviv to take part in the Nike Night Run and inspire its 20,000 participating runners.

Aaron Sorkin is All Atwitter