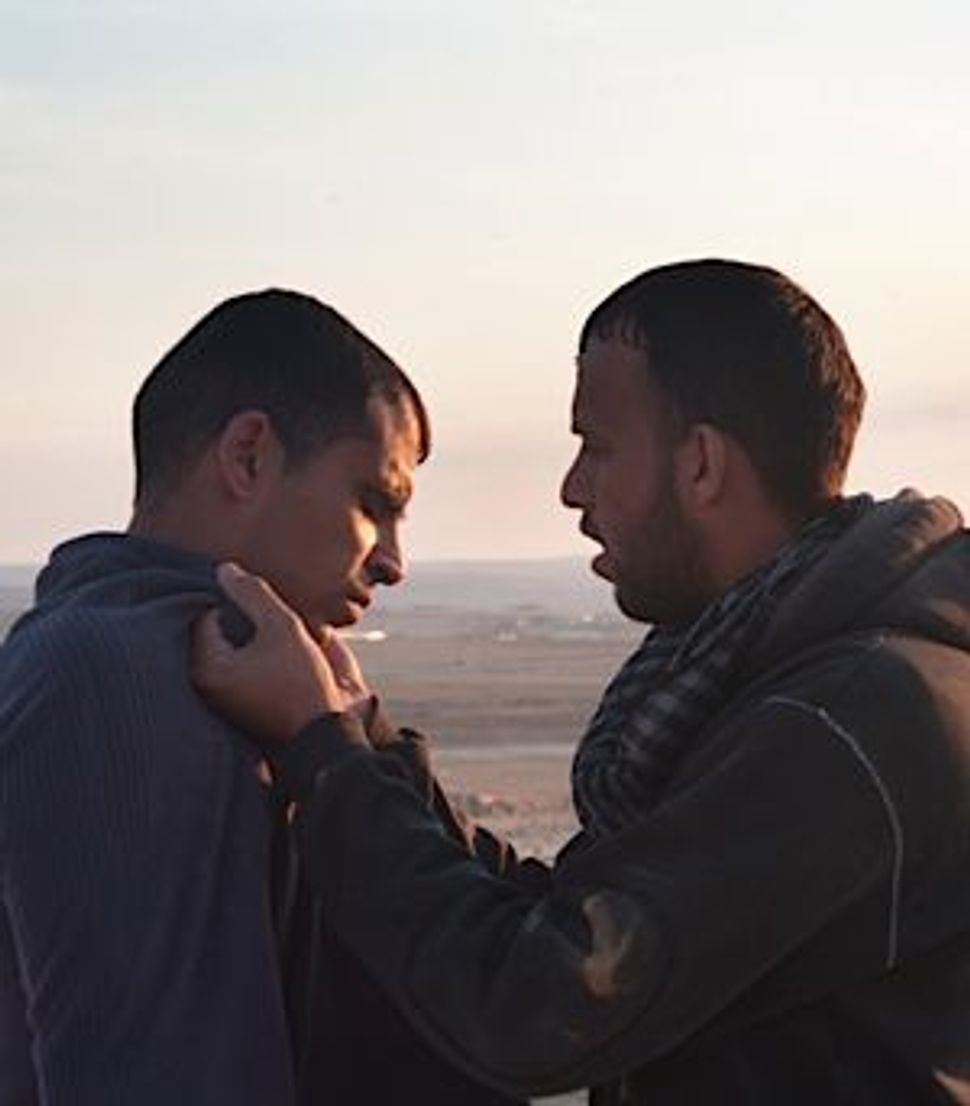 One of the most striking aspects of “Sharqiya” is its breathtaking cinematography. But though the wide-angle panoramic views of the Israeli desert linger after viewing, the film offers far more than just aesthetic pleasure. Through its thoughtful, sensitive portrayal of Bedouin life and conflict, it examines concepts of home and place.

Two brothers, Kamel (Ednan Abu Wadi) and Khaled (Ednan Abu Muhrab), one single, the other married, live in tin shacks on land that has been in their family for generations. The audience sees the simplicity of their lifestyle: food is cooked on open fires, their electricity is supplied from a generator and water is sold from a tank.

Kamel served in the Israeli army and now works as a security guard at the Be’er Sheva central bus station. He enjoys fixing old electrical items in his spare time. Kamel’s journey from the expansive and remote desert to the bustling station is representative of the two different worlds that he inhabits.

His older brother Khaled, on the other hand, has maintained a traditional role, choosing to work in the village. He refers to Kamel’s life with disdain, saying that he works for “them.” His wife, Nadia (Misa Abd el-Hadi), has aspirations to pursue her education, a wish that is met with resistance from Khaled but encouragement from Kamel. “She should have children not study,” Khaled tells Kamel.

Both brothers attempt to appeal the demolition order. When Kamel visits the Bedouin Authority office he is faced with a Kafkaesque situation. Told he cannot build without a permit, which they do not have, he explains it is his family’s land and asks, “Where can we build if not there?” He is then asked for title documents, which again he does not posses. Eventually he is offered compensation but his answer is poignant: “A Bedouin is nothing without his land!” As the time for eviction approaches, Kamel comes up with a plan that he hopes will bring media attention and an opportunity to raise awareness of their plight.

Filmed on location with a cast of non-professional actors, Livne’s documentary background is evident from the film’s sparing dialogue and sense of neo-realism. Accompanied by a haunting music score, “Sharqiya” provides a compassionate insight into a community on the margins of Israeli society.

When the day of demolition arrives, the family is given half an hour to pack up their homes. It is an utterly heart-wrenching scene. One is left asking questions, to which Livne, appropriately, provides no answers.

Watch the trailer for ‘Sharqiya’: