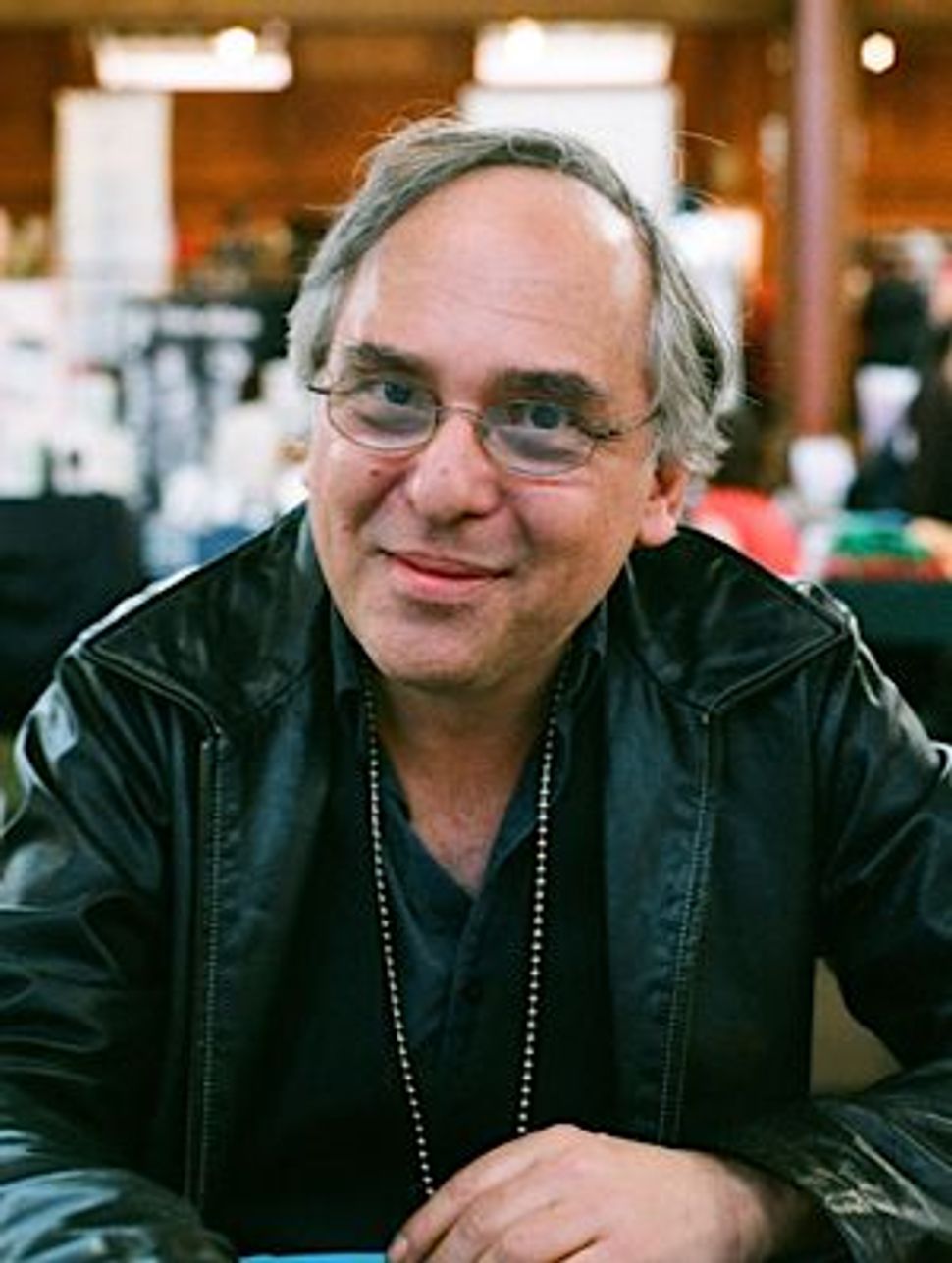 “The Art of Spiegelman,” now screening as part of the Boston Jewish Film Festival, is a medium-length documentary. At 45 minutes, it’s perfect for television. Most of the movie consists of interviews with Spiegelman, though his wife and daughter become increasingly prominent as the movie progresses. There are photographs of Spiegelman’s early years, and archival footage of Spiegelman and his wife printing Raw, the legendary little magazine of what we now call sequential art, but really should just call comics.

Non-Spiegelmans, like the illustrator Charles Burns, make appearances, but they are there to tell personal stories and to contextualize Spiegelman’s life. Learned, bespectacled academics with receding hairlines are sadly absent. This is not a critical documentary devoted to analyzing the contributions Spiegelman made to either his field or the whole of arts and letters, but one that allows him to tell his own story. It is a good, entertaining documentary, though limited by everything just mentioned. Those who already know Spiegelman’s work will wish it cut deeper, while those unfamiliar with his art will only have their interest lightly piqued.

The story Spiegelman tells, however, is interesting and, at times, compelling. Spiegelman casts his life as that of the avant-garde artist who accidentally made it big. He imagined a minor success for “Maus,” possibly a posthumous one. It would interest scholars, and maybe become a cult book, but it was defiantly anti-mainstream. His emotionally complicated, morally-textured mouse-world was streets ahead of the commercially-oriented adventures of the immigrant mouse, Fievel Mouskewitz, in Don Bluth’s “An American Tail” (1986); it far exceeded the mainstream impression of what comics were capable of. The recognition afforded comics by the critical and academic world is as much Spiegelman’s legacy as any individual strip.

Success, then, becomes his artistic challenge. How does he escape the legend of Spiegelman the innovator, how does he tell new stories? How can he transcend what he’s known for? How can he avoid simply repeating the past, and falling back into old traps? It’s clear from the film that Spiegelman doesn’t yet have the answers — though he has the will to find them, which is more important. A lack of desire to innovate would be much more damning for his career.

But I also hope that Spiegelman resolves his anxieties about making himself a figure in his comics. Self-referentiality can feel like a postmodern trick, and the first-person narrator can be a crutch, but neither is true of Spiegelman’s narrative style. After “MetaMaus” and “The Art of Spiegelman,” it is clear that his illustrated alter-egos are more engaging than Spiegelman the public figure. The illustrated Spiegelmans are searchers: they are uncertain in their conclusions, more astounded by the world’s contradictions, more perceptive, more inventive, more un-at ease. Spiegelman’s panels explode with life, while his interview voice is controlled. His interviews are confident; he has a sense of himself as an artist. The lack of confidence makes his illustrated Spiegelmans come alive. Spiegleman shouldn’t hesitate to dive back into the first-person perspective — though maybe the hesitation is why the voice works.

Watch an excerpt from ‘The Art of Spiegelman’: