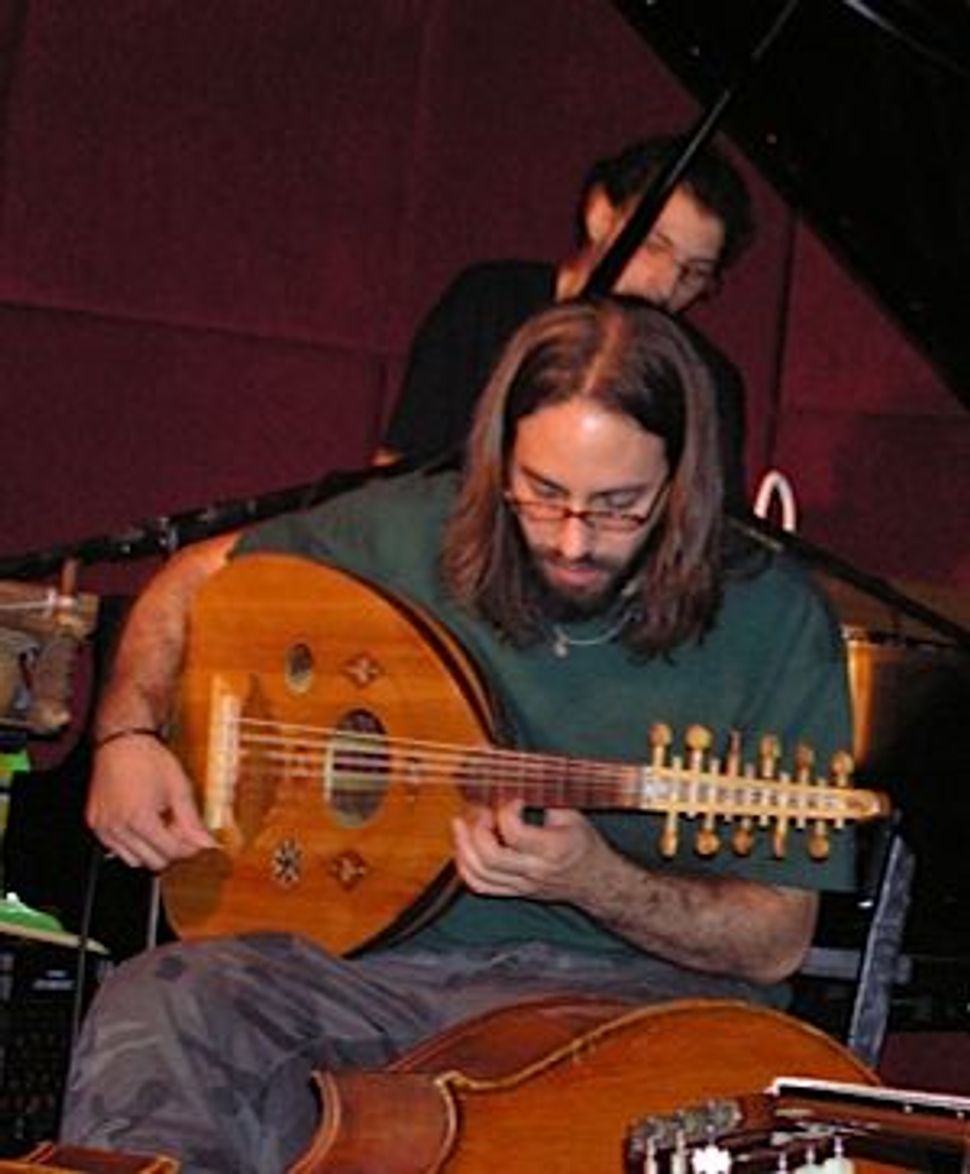 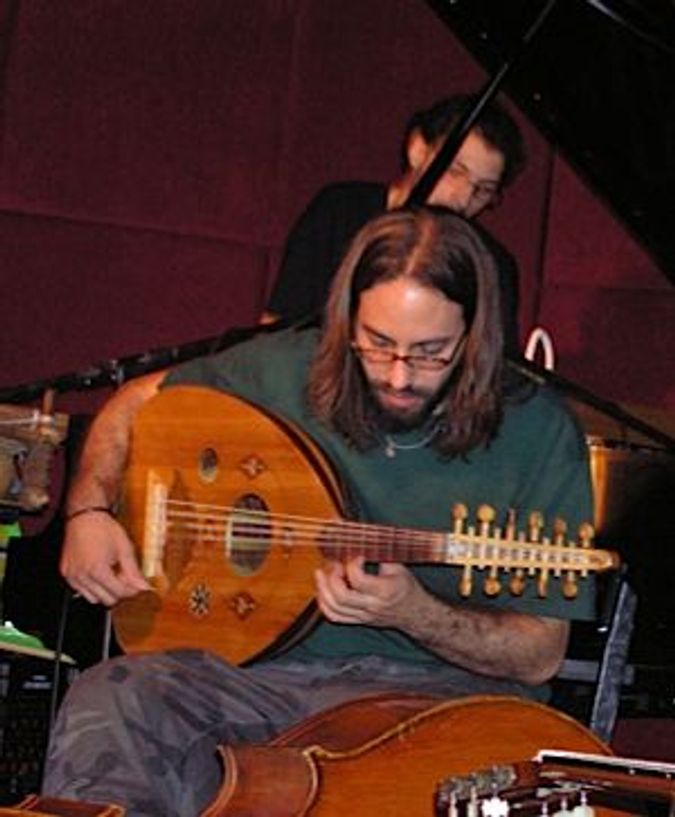 So it is particularly exciting to see Blumenkranz in the role of band leader. With guitarists Eyal Maoz and Aram Bajakian, as well as Kenny Grohowski on drums, Blumenkranz has released “Abraxas: Book of Angels 19,” a set of compositions penned by Zorn. Exchanging his usual electric bass for gimbri — an acoustic African instrument with three strings made of goat skin — Blumenkranz propels his ensemble with raw and intricate rhythms.

In contrast with the previous “Book of Angels” rendition by David Krakauer — a darkly whimsical, phantasmagoric record defined by its androgynous plasticity — Blumenkranz’s album is an all-male, three-guitar-and-drums, no-nonsense affair. Most of the tunes apply a jazz approach to the hard rocking, heavy metal sound. Many tracks are danceable, and yet the impulse towards rocking out goes hand in hand with abstraction, a collision of textures and colors.

Whether frenzied or mellow, virtually every tune builds up to, and arrives at, a deeply hypnotic sound. There’s something ritualistic about the band’s synergy and their approach; it is as if the quartet’s inexplicable direction, at all times, is towards this very hallucinatory, hypnotic place. It is as if these musicians are on a mission to rediscover that sense differently and anew in each new situation.

“Yaasriel,” the fourth track on the album, is a perfect example of this tendency: lusciously slow, sparsely melodic but thoroughly textured. It breathes heavily, yet with grace and precision. It is a Bedouin melancholy in an immaculately produced minimalistic landscape. According to tradition, Yaasriel is the angel or demon armed with 70 pencils, writing and rewriting a divine name on a broken chard over the abyss, saving the world with each gesture.

What better metaphor for an avant-garde collective of musicians who, in their exploration, rediscover the world they find themselves in, sustaining it through compositions that must continue at every moment to survive.