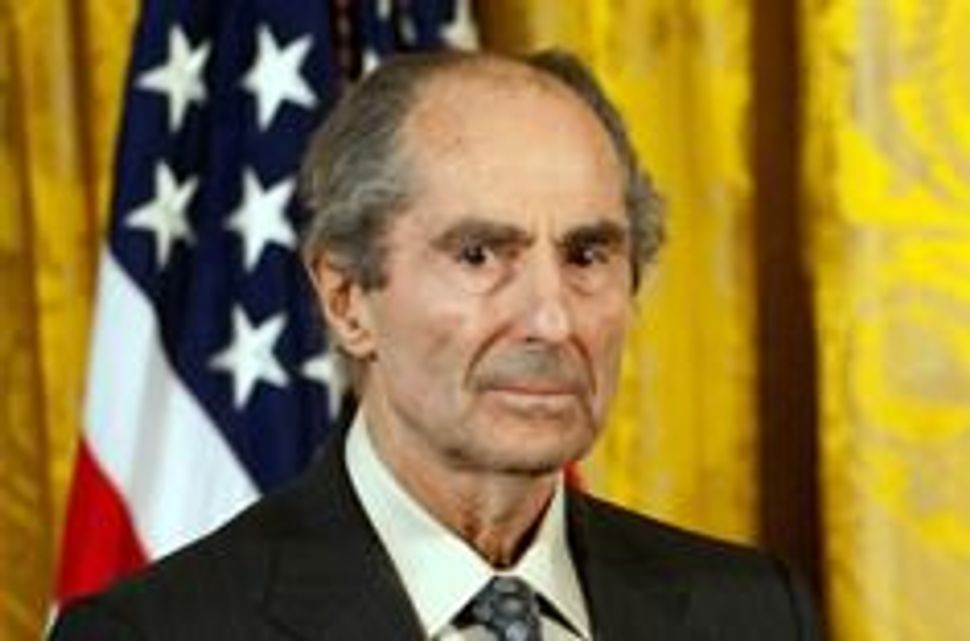 We’ve reached a strange point in the ongoing saga, “Philip Roth: America’s Greatest Living Writer.” After releasing a new book every year from 2006 through 2010, he stopped without anyone noticing. In an interview with a French newspaper, partly translated by Salon on Friday, Roth announced that he was done writing novels. “Nemesis” would be his last book. He was satisfied with the body of his career. He plans to spend his time preparing his archives and helping his biographer, Blake Bailey, tell the story of his life. Roth is clear: no more novels.

I decided that I was done with fiction. I do not want to read, to write more,” he said. “I have dedicated my life to the novel: I studied, I taught, I wrote and I read. With the exclusion of almost everything else. Enough is enough! I no longer feel this fanaticism to write that I have experienced in my life.”

The italics are mine. Roth is done with the novel and with making up stories. His comments leave no margin for another novel.

Which can only mean that Roth will be writing for years to come. There’s no reason to doubt what Roth says, no reason to doubt that the novel no longer enchants him as it once did. That is, there’s no reason except for the multiple books Roth wrote with “Philip Roth” as a character. In “The Facts,” Nathan Zuckerman sends a letter to Philip Roth castigating Roth for the terrible job he’s done narrating his autobiography. “Operation Shylock” is about an imposter Philip Roth who travels around Israel giving speeches about the need for Jews to leave Israel and return en masse to Eastern Europe. Could Roth be setting up a sequel? No evidence suggests otherwise.

Even if we aren’t dealing with a pretender Philip Roth announcing Philip Roth’s retirement (or Philip Roth setting up a repeat encounter for “Philip Roth” and the imposter Philip Roth), we can imagine many other ways that Roth will continue writing. Roth was an excellent essayist in his early years. His 1975 collection, “Reading Myself and Others,” is an important contribution to the study of post-war American Jewish fiction. Later in life, he mastered the form of the interview. “Shop Talk” is a captivating series of conversations between Roth and another author, each prefaced by short-though-masterful expository scenes. Roth quickly and deftly brought us into the writers’ workspaces and lives.

Lately, Roth has taken to mastering a new form: the letter to the editor. An anonymous Wikipedia contributor wrote that Roth based his novel “The Human Stain” on Anatole Broyard. Unsatisfied with the emendations made by other Wikipedia contributors, Roth did what only Roth could do: he penned an extensive open letter to Wikipedia in the pages of The New Yorker in which he tried to set the record straight and told the “true” origins of the novel. The letter is worth reading in its entirety. It’s sharp and clever, and, more important, it’s brilliant storytelling. Roth’s characters (the “real” basis for the character; Roth) come alive. There is an urgency and venom in this writing missing from his later work. It’s the best short story he wrote in decades.

It’s not the only letter. Roth took to The Atlantic to complain about a “factual” mistake in an essay written about him by Joseph O’Neill. “There is an unfortunate biographical error in Joseph O’Neill’s essay about my work,” He opens. “He writes of my having ‘a crack-up.’ The statement is not true, nor is there reliable biographical evidence to support it.” Roth goes on to explain that his crack-up was nothing more than an adverse reaction to a prescription drug.

Roth is correct only in the most technical sense. Roth described his reaction as a breakdown in multiple works, some marked as fiction, some marked as non-. Here he is, memorably, in “Operation Shylock”: “My mind began to disintegrate. The word DISINTEGRATION seemed itself to be the matter out of which my brain was constituted, and it began spontaneously coming apart.”

The impression Roth wanted to give us was “a crack-up.” He wanted us to see him as struggling through creative and mental trauma. Now he wants to revise those texts and see his life otherwise.

Is this what Roth means by preparing his archives? Will he now spend all his time writing letters correcting old misconceptions? Revising his fiction? Challenging our interpretations? Lying to his biographer, forcing confrontations with his biographer? We can only hope.

Part of me, though, really does hope that Roth goes silent. I hope that not-writing brings him the critical praise and awards he’s earned but hasn’t yet received. The downside of being so voluminous was that no one could imagine a literary world without Philip Roth. Now, if it’s here, we have to decide how to honor it. I hope that he relaxes and spends some time watching movies. Television has been great for a decade now. Philip Roth has probably never seen “The Wire” or “Breaking Bad.” He may not even have seen “The Sopranos,” a show, like his early fiction, about class mobility and family dynamics in northern New Jersey. I hope he watches them all.

Writing — for Roth and for many others — is a retreat from the rest of humanity. It’s endless hours spent in locked rooms. It’s missed dates, parties skipped, and friendships ignored. I hope that not writing lets Roth reintegrate into society. Catch up with old friends. Make new ones. Reenergize. Then I hope he gets sick of it, goes back to his home in the Berkshires, closes the door, and writes.