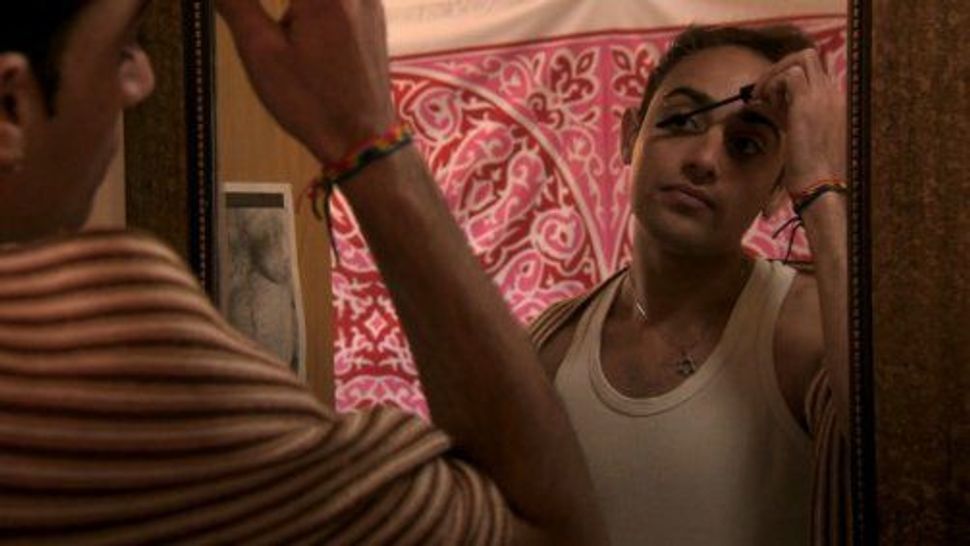 With the recent coinage of the term “pinkwashing,” presumably an “unofficial” official policy whereby the Israeli government touts its progressive stance vis-à-vis gay and lesbian rights as a way to deflect criticism of the Occupation, one entry into the sixth annual Other Israel Film Festival took on new urgency earlier this month. But the documentary “The Invisible Men,” while hardly a wholesale indictment of the Occupation, offers a balanced but equally troubling spectacle. While Israel refuses to “legalize” Palestinian gays who enter the country fleeing persecution in the West Bank and Gaza, Palestinian families, adhering to religious and cultural norms, and Palestinian police, enforcing those norms, think nothing of abusing their own children and subjecting them to emotional, psychological, and physical torture. Thus the dilemma for young Palestinian homosexuals: survive illegally in Israel under threat of expulsion or legally in the territories under threat of death? 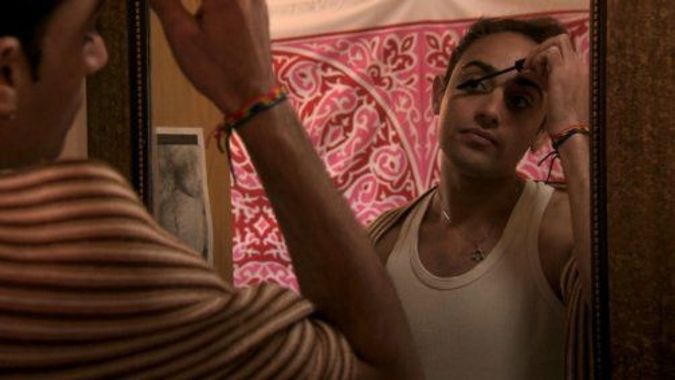 This Hobson’s choice is made painfully clear in “The Invisible Men.” Personal testimonies from three Arab men — two living undocumented in Tel Aviv and one under Palestinian jurisdiction — force us to wonder what sort of world compels people to live at the boundary of madness and suicide, renunciation and helplessness, self-denial and abjection.

Director Yariv Mozer and writer Adam Rosner home in on Louie, 33, who has been living illegally in Tel Aviv for 10 years. A skilled manual laborer — we see him repainting an apartment with such care that the owner extends her compliments — Louie’s position has nevertheless become untenable. He is repeatedly picked up by the authorities and sent back to the territories where it is impossible for him to live. His sexuality is known and rejected by his family; his father has even threatened his life with a knife at the young man’s throat. Scarred by that violent encounter, and as much or more by the rape he endured at age 8 by an older boy, Louie finds his way back to Jaffa, living under the radar and wearing a Star of David around his neck in hopes of warding off the police.

Israel’s national LGBTQ group provides counseling; two young lawyers advise Louie to make a formal request for asylum to another country. This may or may not succeed, and on a timetable impossible to forecast. Nor will his destination country be known to him until the last moment. Hoping to ease Louie’s anxieties at the prospect of abandoning his cultural heritage, his counselors put him in touch with another young gay Palestinian living in Tel Aviv, Abud. More strongly gay-identified than Louie, the handsome 23-year-old Abud has the casual swagger of a confident Romeo who rolls with the punches and refuses to be beaten down.

Abud is close to repatriation, having been accepted by another country. He tries to calm Louie’s anxieties, introducing him to the underground Tel Aviv Arab gay scene where a monthly “party” roams from one house to another. In Abud we meet a young man whose cool cynicism is an antidote to the Kafkaesque situation in which he finds himself. Yet like Louie, he, too, has had to overcome past trauma — a Palestinian police interrogation and torture that he seems to have willed himself past.

A third young man appears after Abud’s departure; recommended to Louie, he is in hiding somewhere in the territories and has managed a phone call. While Louie, fraught by his own anxieties, hardly seems the best person to devise someone else’s escape into Israel, director Mozer is savvy enough to arrange an on-site interview somewhere over the border. Young Faris, more effeminate than the other men, offers a compelling case of a gay Palestinian exiled within his own community — unable to let family or friends know his whereabouts and suffering the loss of a boyfriend who died two years earlier in an accident. While the details are never elucidated, the tearful testimony Faris provides stops the heart and catches the throat. Official Israeli policy on one side and Palestinian orthodoxies on the other have frozen these gay Arabs in a cruel netherworld.

The film moves toward a suspenseful resolution as we watch Louie decide whether he can make a leap of faith and abandon his family, his culture, his heritage. He must either accept stasis — or he must allow himself to enter the territory of change.

Mozer and Rosner have sensibly limited their inquiry into three representative lives. Their documentary style is intimate, avoiding any “expert” testimony or sociological data and evidence. While Mozer conducts off-camera interviews, we barely sense his presence. Rather, his subjects answer his questions with measured, painful candor. Mozer just lets the camera record—clear-eyed and unsentimental, and all the more damning for that.

The film might have withstood a more determined attempt at contextualizing these cases. We get no sense of how many gay men’s lives are attached to the history of the Occupation like the ones Mozer has pursued. And there are ambiguous moments that pass by quickly; I hesitate to declare this account definitive. But whether 10, 1,000 or 10,000 gay Palestinians are so situated, “The Invisible Men” provides searing evidence that governments and provisional authorities are more than willing to play politics at the expense of already marginalized groups — and pin the blame on each other.

Watch the trailer for ‘The Invisible Men’: