Aly Raisman on Dancing With the Stars 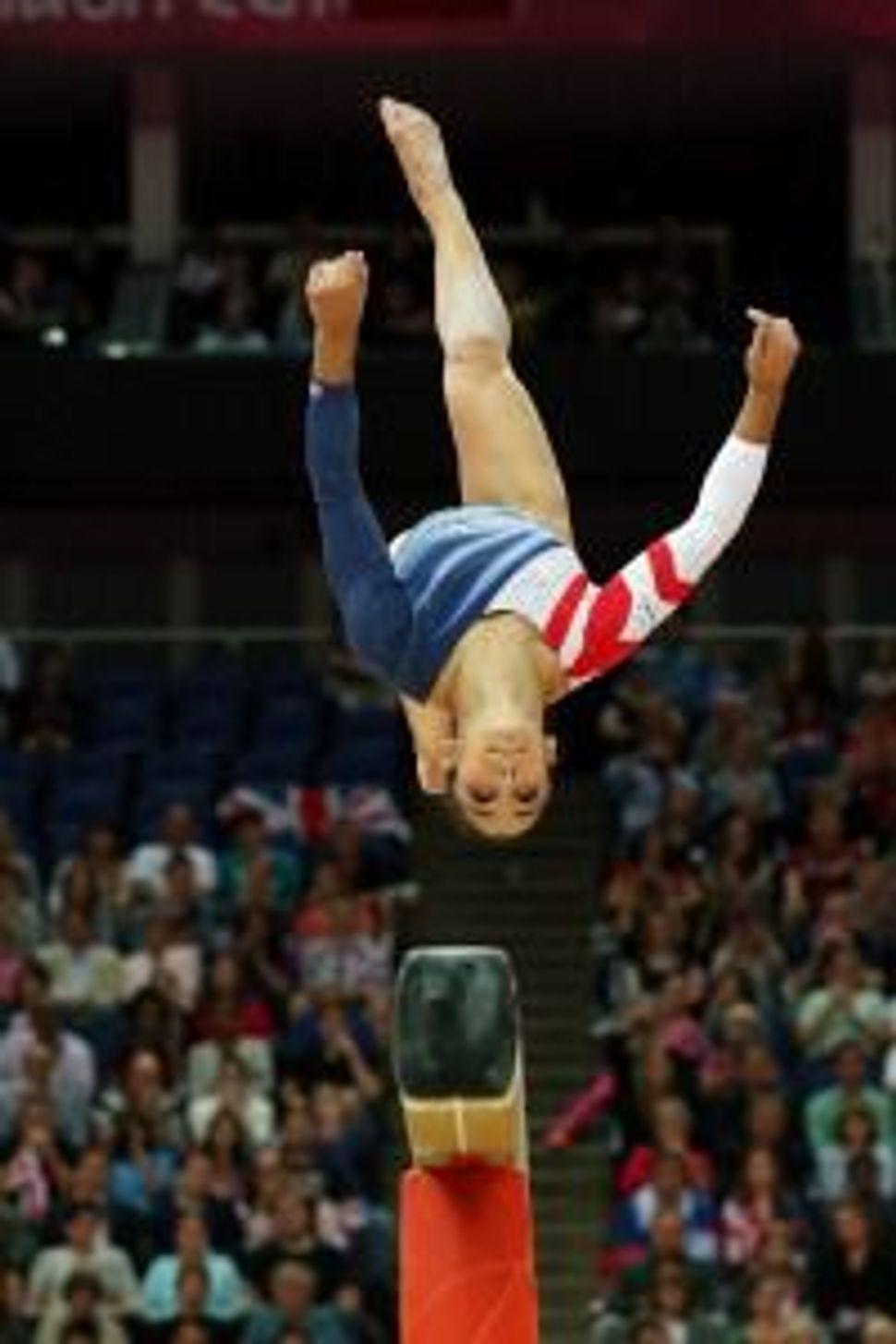 Olympic gold medalist Aly Raisman and the rest of the Fierce Five gymnastics team appeared on “Dancing With the Stars” in a show of support for Team USA member Shawn Johnson, who is competing with partner Derek Hough. Raisman and the others donned lacy black leotards and flashed big smiles as they took part in Johnson’s freestyle routine.

Oh yeah. Lenny Kravitz will portray “Sexual Healing” singer Marvin Gaye in a film that will be made next year. The biopic will focus on Gaye in the early 1980’s when he was trying to fight his addictions and return to a successful singing career, before being shot to death by his father in 1984.

In other casting news, rumors that Warner Bros. wanted to cast Joseph Gordon-Levitt as Batman in the upcoming “Justice League” were quashed by the actor’s representatives soon after they hit the gossip and entertainment news sites.

A couple of big name musical artists are showing their support for Israel. Alanis Morissette will play a concert at Tel Aviv’s Nokia Theater on December 3, and Stevie Wonder will headline the Friends of the Israel Defense Forces gala in Los Angeles on December 6. The annual fundraising event is hosted by Cheryl and Haim Saban.

Watch host Adam Lambert ham it up — and shatter a lot of glass — in a couple of cute promos for “VH1 Divas,” which will air live on December 16.

Mazel tov to Daniel Radcliffe, who has finally joined the world of social media — but notably not the Twittersphere. The actor opened a Google+ account as “an outlet for accurate information” about himself.

Lea Michele graces the cover of the January 2013 issue of Flare magazine, in which there is a story about her new album, her penchant for getting tattoos, and her love for boyfriend and Glee co-star Cory Monteith.

50 Cent recruited Eminem and Adam Levine for feature vocals in the video for “My Life,” the lead single off his new “Street King Immortal” album.

In celebrity sightings we’ve got: Matthew Broderick accompanying son James to school; Drew Barrymore and Will Kopelman taking their 2-month-old daughter, Olive, for a doctor’s visit; and ScarJo going to dinner with her new boyfriend Romain Dauriac, and at a photo call for “Cat on a Hot Tin Roof,” which will start previews in New York on December 18.

And to get us in to the Hanukkah spirit, we have: a brand new mashup video by StandFour, a quartet of former members of the Maccabeats; and these hipster-ish Hanukkah sweaters by Geltfiend. Watch this amusing video to learn about the genesis of this new-yet-retro seasonal attire.

Aly Raisman on Dancing With the Stars