Mel Brooks, Out of His Element 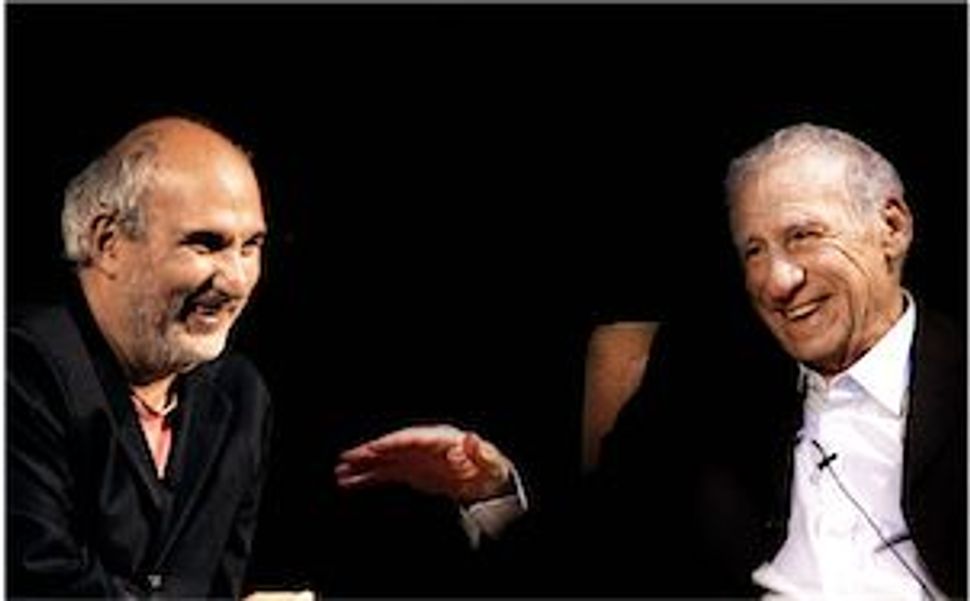 Spend an hour with Alan Yentob and you quickly realize just how good Dick Cavett is. 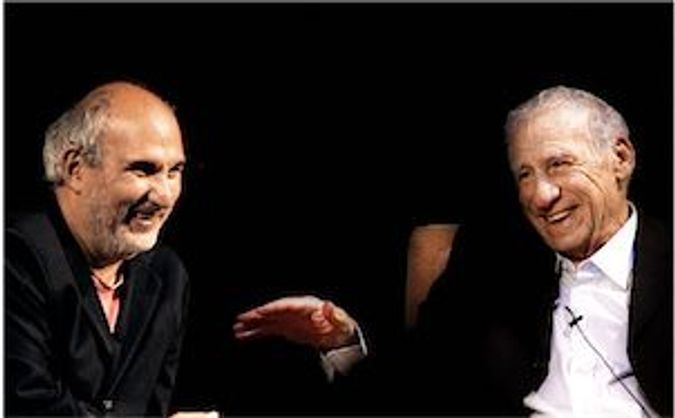 Yentob hosts “Mel Brooks Strikes Back!” a conversation with the comic genius that premieres on HBO December 10 at 9 p.m. It comes a little more than a year after Cavett performed similar duties in another HBO special, “Mel Brooks and Dick Cavett Together Again.”

Cavett brought out the best in Brooks, offering straight-man questions that launched one hilarious anecdote after another. I wouldn’t say that Yentob pales in comparison to Cavett. I’d say he’s an albino.

The irony is that Cavett, by Brooks’ description, is “spectacularly gentile.” Yentob comes from an Iraqi Jewish family in the shmata business. Unfortunately, that business is in Britain, where Yentob serves as creative director of the BBC.

In this discussion — taped at the Geffen Theater in California, not the Royal Palladium — Yentob displays a woeful lack of knowledge of the New York City Jewish milieu in which Brooks was raised, and an obvious indifference to research.

A few minutes later he asks, “How did you find your way to the mountains?” meaning the Catskills, as though they were somewhere near Mt. Kilimanjaro and required a trek through dense jungles. And then he wants to know how the Borsht Belt got its name.

Beyond that, too much time on the show is spent showing clips. The first is a “Show of Shows” sketch in which Brooks does not appear and apparently didn’t write. Or if he did Yentob doesn’t mention it. In addition there is a “2,000 Year Old Man” routine (not one of the funniest) and familiar scenes from several films, including “To Be or Not to Be” and “Blazing Saddles.”

It seems a quarter of the hour is given over to clips, which does a disservice to Brooks and his fans. Sitting with the lights lowered in a full theater watching a large screen is something I do exceptionally well, which is why HBO doesn’t feature me in a special. Mel’s strength is his quick, agile mind and his hysterically funny, off-the-cuff responses to whatever is said.

Sadly, even the anecdotes Yentob does elicit have a warmed over feeling. Brooks’s relationship with Cary Grant came up in a slightly different and funnier manner with Cavett.

The special is likely connected to the release in November of “The Incredible Mel Brooks: An Irresistible Collection Of Unhinged Comedy,” a DVD/CD boxed set. If he wanted to encourage sales though, perhaps Brooks should have stuck with the gentile.

Watch a clip from ‘Mel Brooks Strikes Back!’:

Mel Brooks, Out of His Element