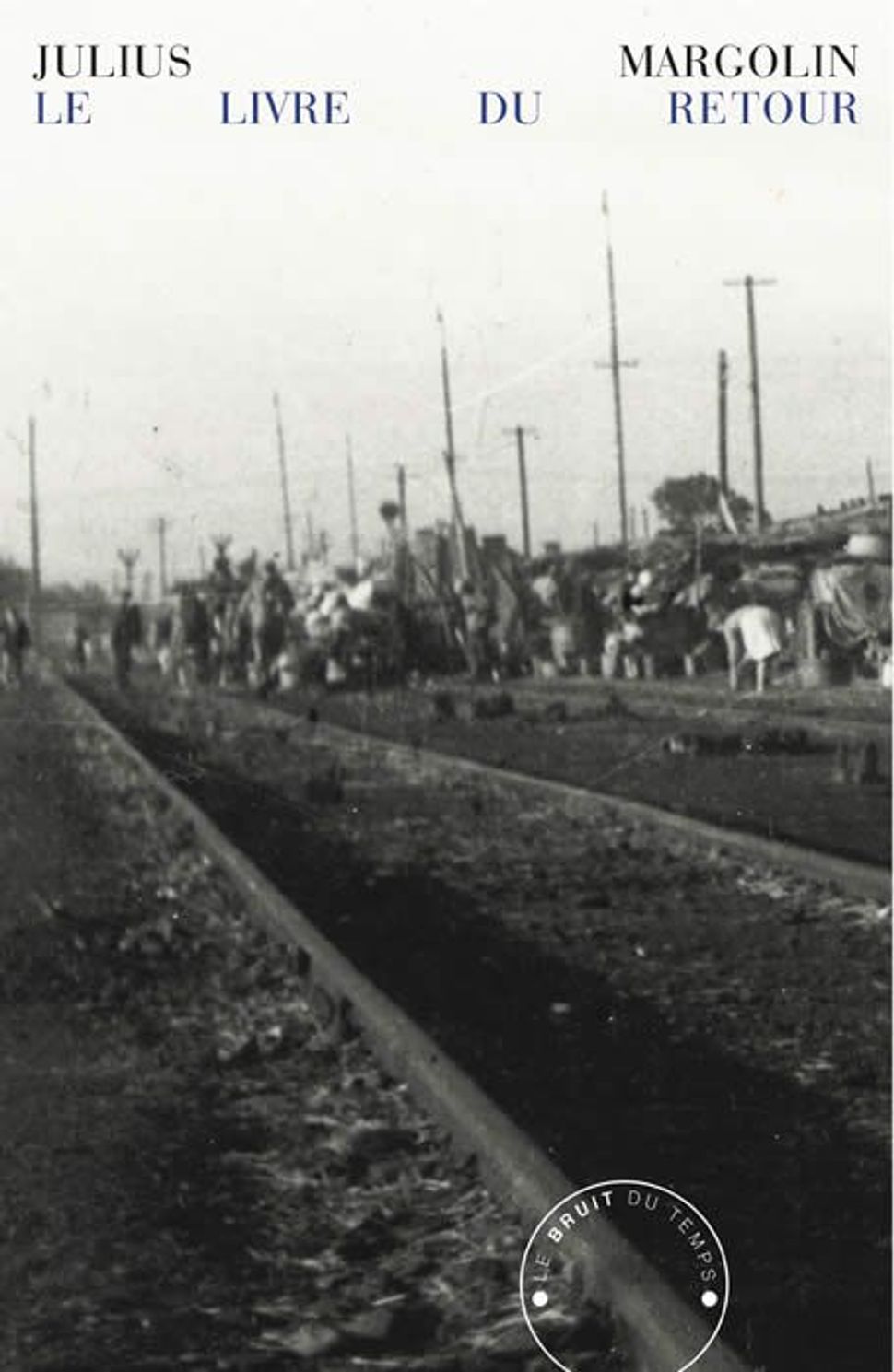 The Polish Jewish author Yuli Borisovich Margolin wrote the gulag memoir “Trip to the Land of Ze-kas,” translated into French in 2010. Its title refers to the Soviet secret police term “Ze-Ka” (or Z/K) for doomed prison laborers who were worked to death in the early 1930s. Margolin, a resident of Palestine who was arrested during a visit to Minsk, survived his imprisonment and returned to Palestine in 1946, where he wrote his memoir.

A welcome new supplement to this masterpiece is Margolin’s “The Return Volume.” A collection of occasional writings from the 1940s-1960s from Editions Le Bruit du temps, “The Return Volume” demonstrates how literature was essential to Margolin’s spiritual survival during his gulag years. In the prison camp, where he was hospitalized for starvation-related ailments, he “endlessly recited” the odes of the Roman poet Horace, especially such inspiring lines as “I have raised a monument more lasting than bronze… I shall not wholly die and a greater part of me will evade the Goddess of Death.”

Stuck in Marseilles, waiting for a transit visa to British Mandate Palestine, Margolin asked a friend for some contemporary French writing. The friend passed along Jean-Paul Sartre’s “Nausea,” a novel about a gloomy historian overwhelmed by life, and “Being and Nothingness,” a ponderous philosophical treatise. According to Margolin, “Nausea” described “life inherently seeming to contain disgust and fear… It was difficult to imagine a book less in harmony with my mood in Marseilles.” Margolin was “in the process of becoming a free man,” having escaped the gulag, and was on his way to the Holy Land. Sartre’s existentialist quandaries repelled him: “I required the bread of liberty, but found instead an oversophisticated dish of French cuisine, smelling of Roquefort cheese.”

Just as he rejects French intellectual defeatism, in another essay Margolin scorns an article by the Hungarian Jewish author Arthur Koestler, an interview with the mufti of Jerusalem, Kamel Effendi. Margolin objects that although Koestler describes Kamel Effendi as “cultivated” and “moderate,” the latter immoderately announces that Jews should “go to hell…into the sea, and be rid of them!” Although Koestler’s later works “Promise and Fulfillment: Palestine 1917 – 1949” and the novel “Thieves in the Night” would be sympathetic to Israel, Margolin was an uncompromisingly fierce defender of his new homeland. After the traumas he had been through, Margolin had no time for the vagaries of either Sartre or Koestler, and posterity would largely agree with him, in time.