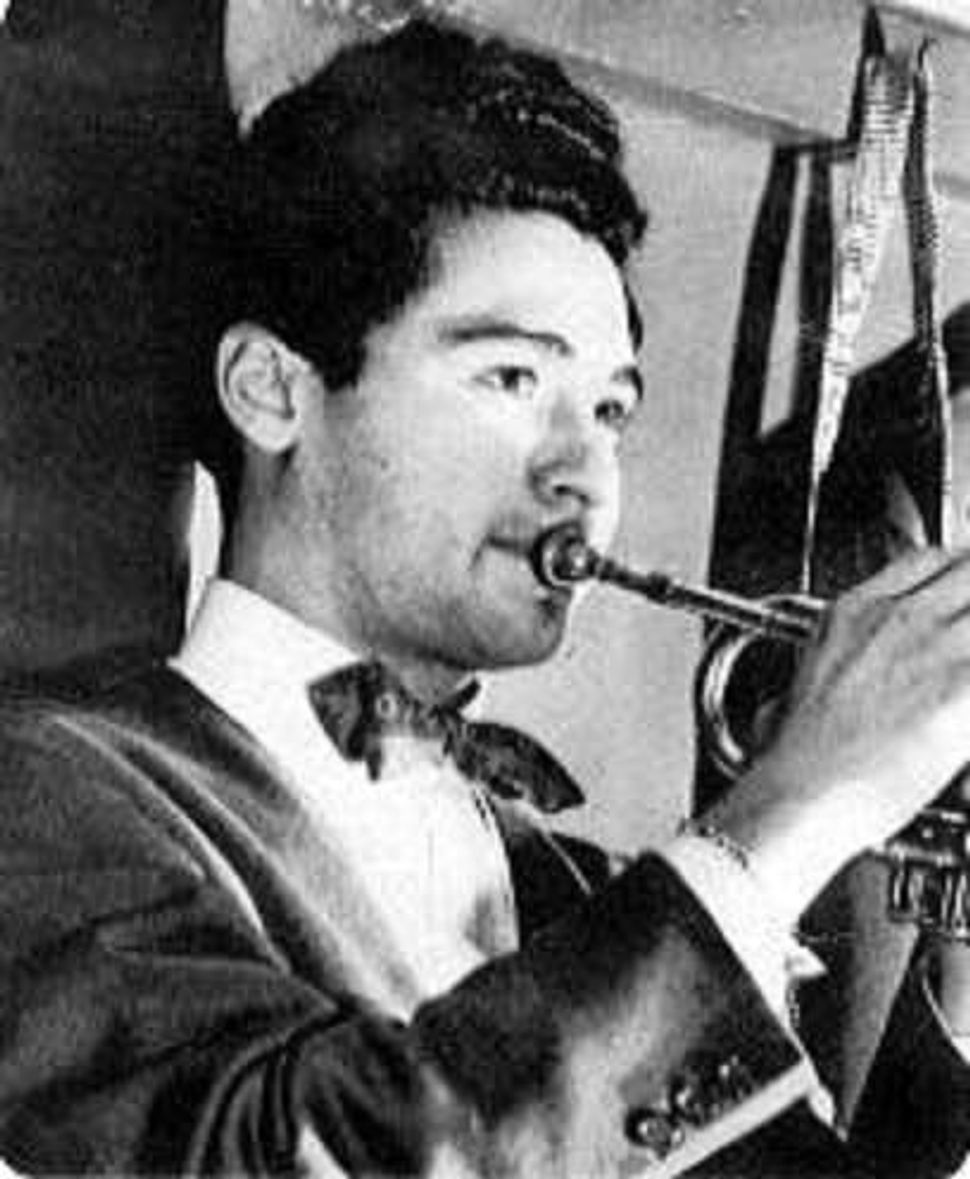 Earlier this year, the Library of Congress website analyzed an unpublished 1946 jazz recording which the Library acquired last year of a jam session in Oklahoma City featuring trumpeter Sonny Berman, a talent well worth remembering. Born Saul Berman in New Haven in 1925, Sonny was sassy, no-holds-barred, and witty, blithely adept at be-bop as an online recorded excerpt indicates. It’s entitled “Sonny,” a tune which the composer and guitarist Chuck Wayne dedicated to Berman. Wayne never copyrighted “Sonny,” and Miles Davis appropriated it a few years later, retitling — and copyrighting — it as “Solar”. Berman’s glory was brief; he died of a heroin overdose in 1947.

Yet he had time to record an LP in the mid-forties entitled “Sonny Berman – Beautiful Jewish Music” with the Brooklyn-born saxophonist Al Cohn and trumpeter Irvin “Marky” Markowitz. Unlike jazz albums which memorably interpret genuine Yiddish and Israeli melodies, such as “Terry Gibbs Plays Jewish Melodies in Jazz Time” and Shelly Manne’s “My Son the Jazz Drummer,” Berman’s “Beautiful Jewish Music” was distinctly less literal in content. Instead, it features works from Berman’s repertoire which are not specifically Jewish, such as “Woodchopper’s Holiday,” “Sonny’s Blues,” and “Sonny Speaks Out,” suggesting that whatever he played became “Jewish music” ipso facto.

This strong sense of Yiddishkeit came from a career which began early. Berman started touring at age sixteen and eventually worked with the bandleaders Louis Prima, Harry James, Benny Goodman, and Woody Herman. It was in the last-mentioned jazzman’s ensemble that, as Barry Ulanov wrote in his 1952 “History of Jazz In America,” Berman became “one of the leading actors in the band’s troupe of Jewish comedians,” spouting Yiddish phrases and executing pratfalls alongside such musicians as Irv Lewis and Sam Marowitz.

Ulanov adds that circa 1944, Berman was “end man in [Herman’s] trumpet section, a funny kid whose square countenance looked so much like the front of a subway car that it earned him the extraordinary sobriquet of ‘BMT-face.’” Jokes apart, Berman’s artistry was admired by all, as Ulanov notes: “Sonny’s solos, those long cadences and flattened notes piercing the wildest up-tempo jazz with such lovely poignancy…Sonny was funny with a touch of sadness, sad with a meaning, sorrowful on his horn, touching as a person when you got to know him and got beyond the frantic exterior.” The Library of Congress’s web posting is a welcome excuse to get behind that exterior and relish the real Sonny Berman.

Listen to Sonny Berman solo in a 1945 recording with Woody Herman and his Orchestra here.

Listen to Berman in 1946 with his own ensemble, Sonny Berman’s Big Eight here.