Jami Gertz on ‘The Neighbors’ 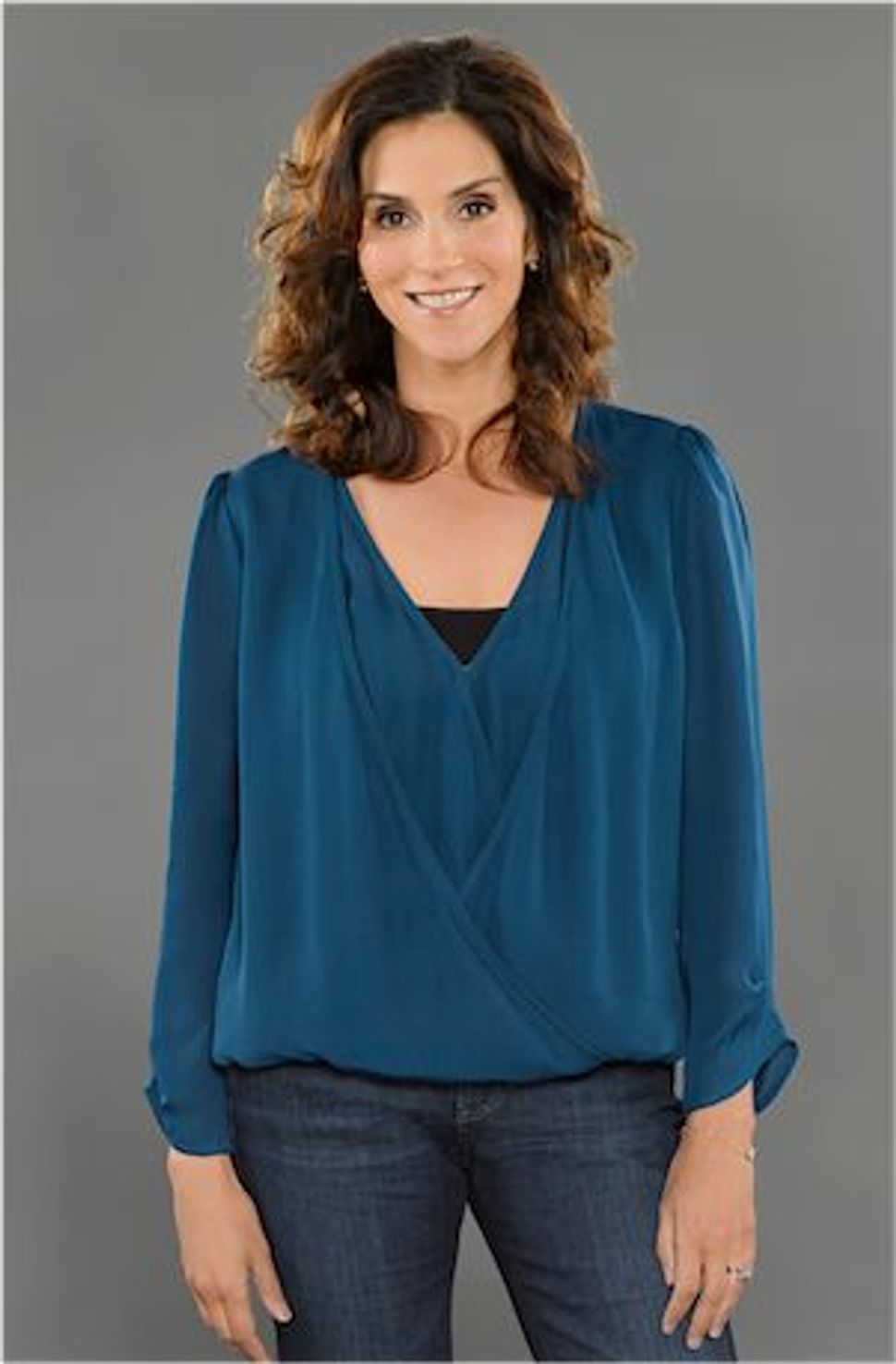 If it weren’t for Nicholas Ressler, Jennifer Aniston might still be waiting tables. A slight exaggeration, perhaps. But Nick’s mom is the actress Jami Gertz, who was originally offered the role of Rachel Green on “Friends.” Rachel became an iconic character on one of the grandest comedy hits in television history. 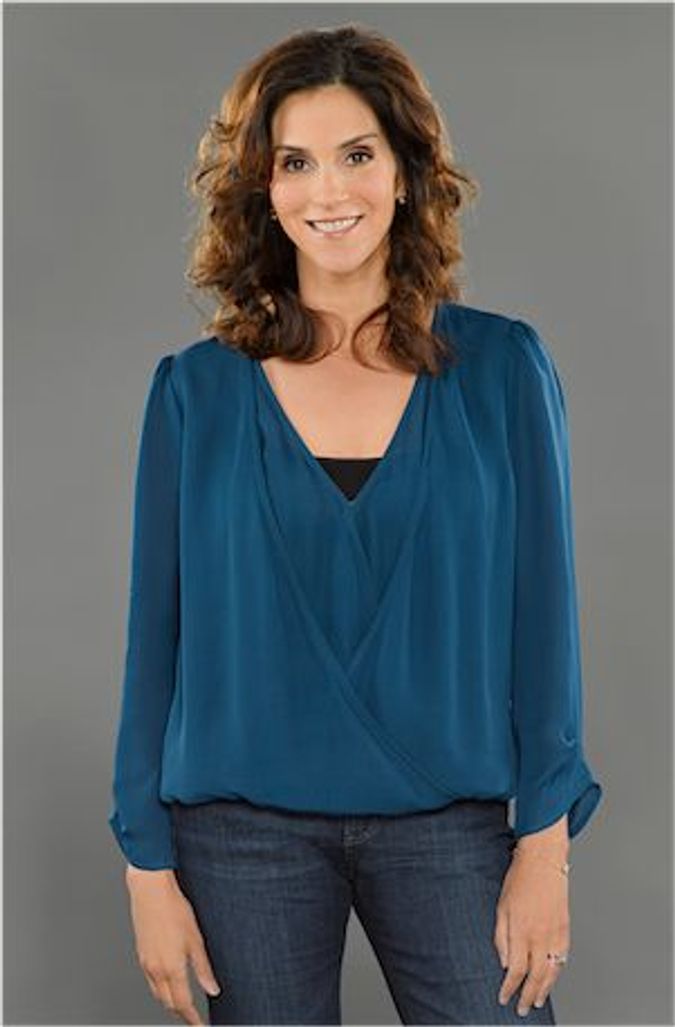 “I wanted another child,” Gertz told The Arty Semite, explaining why she turned down the role. “It just wasn’t the right time. I’ve never looked back.”

Nor does she have any reason to. She’s enjoyed a long and successful career that includes film (“Twister,” “Less Than Zero,” “The Lost Boys,” among others) and television (“Square Pegs,” “Still Standing”).

Gertz was still a teenager when she landed Square Pegs; she played Muffy Tepperman, by all accounts the first character to celebrate a bat mitzvah on TV. She currently stars in “The Neighbors” as Debbie Weaver. The Weaver family moves into a gated community, only to discover that all the other residents are aliens of the outer space variety. In an effort to fit in Earth style, they have all taken the names of famous athletes. The group’s leader is Larry Bird, and his wife is Jackie Joyner-Kersee. Gertz says there are apparently no Jews on the planet, but the season is young, and there may be a Sandy Koufax or an Al Rosen in the show’s future.

Curt Schleier: What attracted you to the series?

Jami Gertz: I thought it was different, and I laughed out loud. I’ve been doing this a long time, and read many pilot scripts, most of which are not this quirky. This is different, and it has heart. I am kid of an instinctual actress, and this is something I wanted to be a part of. So I auditioned for Dan Fogelman, the creator, and read for the network, and got the part the old-fashioned way.

I’m surprised that with your track record, you still have to audition.

It’s competitive out there. It’s a business; I don’t think anyone is giving anything away. I’ve always had to audition for the parts I’ve gotten, and I’m okay with that. If I interpret a piece for you and you like it, it’s great. If not, at least I had a shot.

Sitcoms traditionally shoot on Friday, but for “Still Standing” you had them switch to Tuesdays so that you could be home for the Sabbath. Is that true for “The Neighbors,” too?

We are a one-camera film shoot [unlike three cameras on “Still Standing”]. So we shoot every day. But I have it in my contract that I do not work on Rosh Hashanah or Yom Kippur. I needed that in the contract, or technically they could make me work. It’s about family and celebrating the holidays with the ones I love. I remember my oldest son’s first Hanukkah came when I was shooting a “Seinfeld” [episode], so I brought a menorah to the set and lit it with him in the dressing room. He doesn’t remember that, but I do.

Can you tell me a little about your Jewish upbringing?

I grew up in a conservative household in Glenview, Ill. We went a couple of towns over to go to synagogue. Jewish life was a big part of my childhood. We went to synagogue every weekend. We had Shabbat meals. When I was really young, we’d go to my grandmother’s apartment, and I’d smell her cooking as soon as we entered the building. Still today, with sense memory, my mother’s smells like Grandma Ruth. It was a great, simple time.

I don’t think we were particularly religious, but we were particularly Jewish. For me, it was like being Chinese or Italian. It is culturally who I am; my food, my ethics, my morality is mixed in with me being a Jewish person. As I grow older, I see a lot of conflict under the guise of “My religion is better than yours,” “Mine is the true way.” What I got from Judaism growing up is that I need to repair the world and leave it better than I found it. I need to be tolerant and I need to co-exist, and those were the things I took away from my Jewish upbringing.

ABC has faith in “The Neighbors,” because it recently gave it a full-season commitment. But the critics haven’t been as enthusiastic.

Here’s the thing: I don’t read any of it, because it’s just a person’s opinion; it’s their job. I don’t necessarily agree. The truth is, what’s funny to one person is not funny to another. From what I’ve heard, they were super-critical about it being an alien show. Everything is derivative of something else. But it makes people laugh, and that’s what’s important.

Watch a trailer for ‘The Neighbors’:

Jami Gertz on ‘The Neighbors’