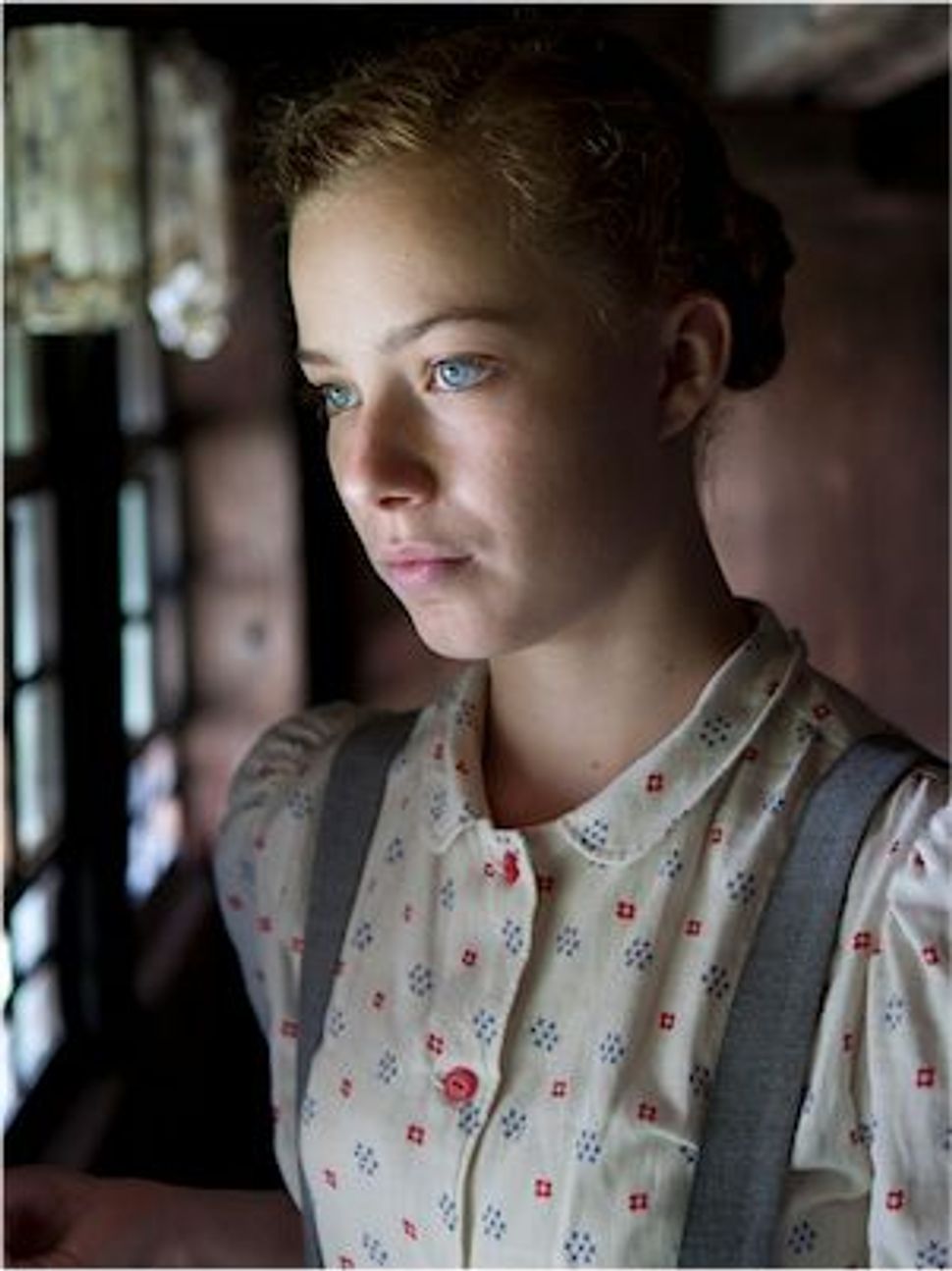 After rousing them in the night and setting incriminating files on fire, the children’s uniformed father transports the family in an army truck to a farm in the countryside, and leaves them, ostensibly to return to the front. His crimes are left to the viewer’s imagination, but after Germany’s defeat becomes official, the distraught chain-smoking mother packs her bag and instructs Lore — played by Saskia Rosendahl, a striking young actress — to take the family’s remaining money and jewelry and to get the children to “Omi” (grandma), near Hamburg. She then dons a smart blue outfit and proceeds on foot to surrender to the American occupation authorities.

Along the way, Thomas, a fellow refugee, falls in with Lore and her siblings. He acts like a deus ex machina, getting them through savage territory as they journey from Bavaria to Omi’s house on Germany’s northern seacoast. There’s an element of mystery to this character: Is he really the Jewish survivor he claims to be?

Although “Lore” is a German-language film, it is Australia’s Oscar entry for Best Foreign Language film, because of the nationality of its director, Cate Shortland. (The film did not, ultimately, make the Oscar shortlist.) “Australia’s relationship to its colonial history is suppressed, and having spent quite a lot of time in post-Apartheid South Africa and Germany, these questions are often in my mind,” Shortland writes in the film’s press notes. “What would I have done in the midst of genocide and horror?”

There is also a more personal connection: “My husband’s German Jewish family left Berlin in 1936,” Shortland writes. “It is his family photographs in Thomas’s wallet. And it is his grandmother’s stories that also tie me to Lore, to wanting to understand this dark and painful time.”

Watch the trailer for ‘Lore’: