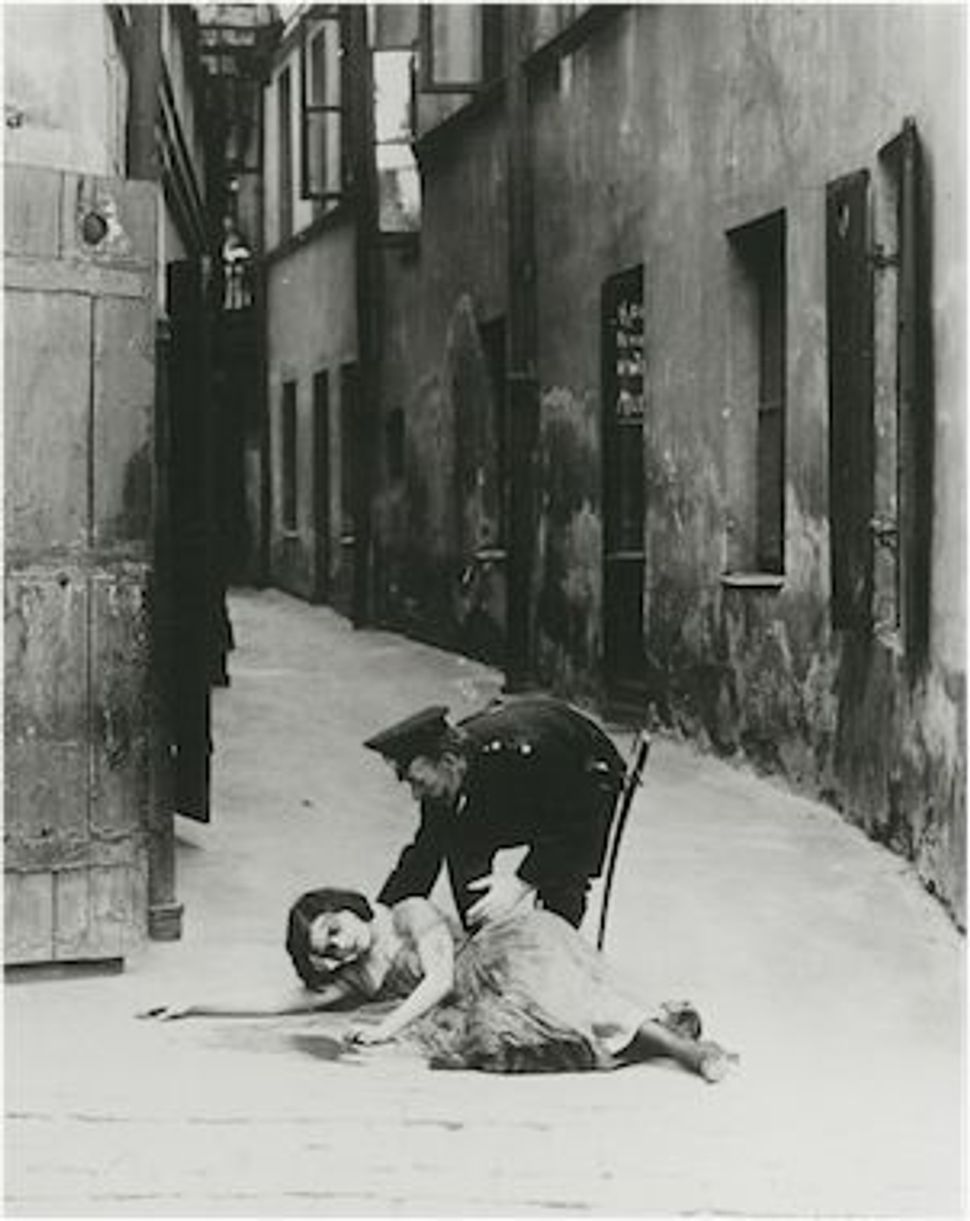 Image by Courtesy of Deutsche Kinemathek

Klezmer violinist Alicia Svigals has experience scoring documentary and feature films. But earlier this year she faced an unusual challenge when she was approached by the Washington Jewish Music Festival to score a 1918 feature-length silent film called “The Yellow Ticket.”

Unlike other scoring jobs, where her focus was mainly on heightening viewers’ experience of onscreen action, this commission would also involve “creating a bridge to another time,” as she put it. Thanks to a grant from the Foundation for Jewish Culture’s New Jewish Culture Network, audiences at the New York Jewish Film Festival will have a chance to cross that bridge when Svigals and Canadian pianist Marilyn Lerner perform the score live at a screening of “The Yellow Ticket” at the Film Society of Lincoln Center’s Walter Reade Theater on January 10. A subsequent tour will travel to Vancouver, Miami, Boston, Philadelphia and Houston.

“The Yellow Ticket,” set in Poland and Czarist Russia, portrays a young Jewish woman named Lea (played by Polish actress Pola Negri, Hollywood’s first European silent film star) as she overcomes adversity to succeed at the university in Saint Petersburg. It is a story of secret identities and the redeeming power of love. For 1918 audiences, the meaning and implications of possessing a “yellow ticket” — a permit held by undesirables like prostitutes and Jews, allowing them to reside in St. Petersburg — would be clear. Now, it is Svigals’ remit to convey through her music the shame and hardship associated with such a document, as well as the risks Lea takes in assuming a false identity in order to pursue her studies.

Warsaw stands in for St. Petersburg in the film, which was made in the last year of World War I by Germany’s leading film studio, UFA, and was released in the U.S. by Paramount in 1922. Considered very progressive for its time, “The Yellow Ticket” was based on Abraham Schomer’s 1911 Yiddish melodrama, Afn Yam un ”Ellis Island” (At Sea and Ellis Island), which was subsequently produced on Broadway in 1914 in an un-authorized English-language version.

“The greatest challenge was to try to write something that veered away from the tendency to view silent film as quaint and amusing,” Svigals told the Forward in a phone interview. “I needed to repress this tendency and relate to it as a story full of pathos, high drama, and the same emotions we have today.”

Indeed, she used the score as a means of clarifying the story’s structure and highlighting its still relevant themes of religious discrimination, ethnic tensions, human trafficking and other social ills.

Svigals described how she worked non-stop on the score for two months, likening the process to that of writing a symphony. “I watched it dozens of times,” she said of the film. “I was very enchanted by it. It was an intriguing mystery I had to solve in order to deliver the emotional punch demanded from the score.”

The composer immersed herself in each scene and created 25 separate “tiny compositions,” with each cue averaging one and a half minutes. She improvised with piano and violin, and also a bit with voice. “I personally have a tendency toward melody,” Svigals shared. “Many of the pieces are full melodies, which is unusual for a film. In total, the score is a balance between melodies and unmelodic musical effects.”

One undoubtedly hears klezmer and other Eastern European folk forms in the score, but there is also music inspired by 20th-century classical composers such as Béla Bartók and Ernest Bloch. There’s also some European café music and contemporary improvisation. “I wasn’t consciously thinking genres at all,” Svigals said. “It’s only later that the labels are put on.”

However the music is categorized, Svigals says she is happy with how the score came out. “I hope it serves to bridge the gap between the culture ‘The Yellow Ticket’ came out of and our own modern times.”

Watch a trailer for ‘The Yellow Ticket’: