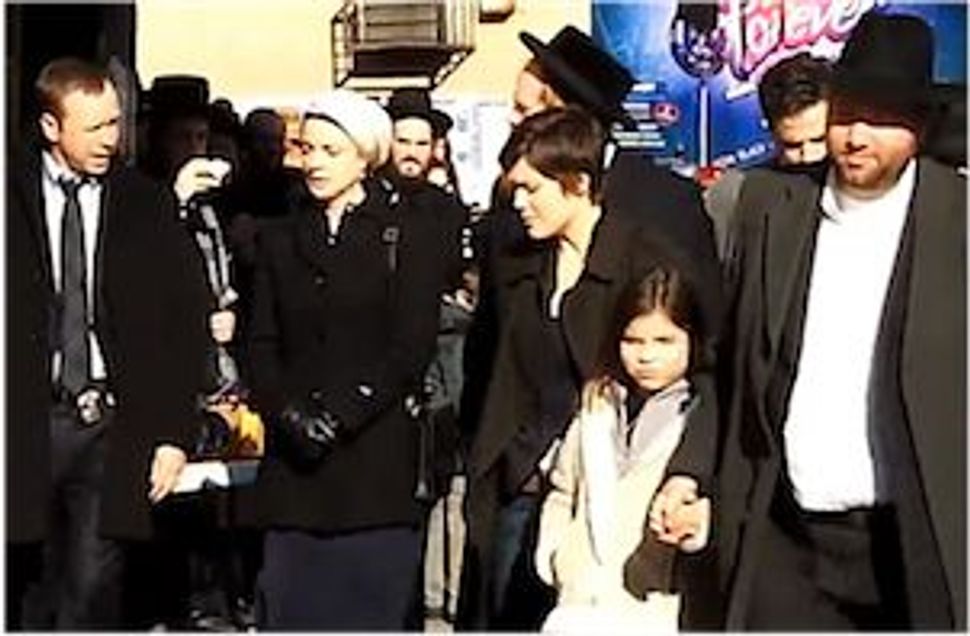 It was a little tricky telling who was a real Hasidic Jew and who wasn’t on 13th Avenue in Boro Park earlier this week. The CBS police drama “Blue Bloods,” starring Donnie Wahlberg, was filming there, and the extras dressed as Hasidim were throwing the real members of the tribe for a loop. 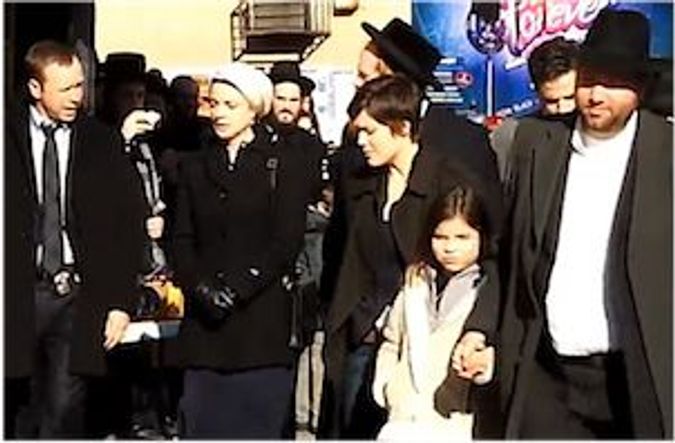 If you watch the clip that someone filmed and put on YouTube, you can see why telling the Jews from the non- would have been hard. This is one instance where the actors didn’t look like they had pasted-on fake beards and side curls. We extend kudos to the makeup and wardrobe departments.

The video is worth watching if only to see one (real) Hasidic man walking around dumbstruck at how authentic the extras look. “I can’t believe it,” he keeps on exclaiming. “It’s mindboggling. You have to watch out. You don’t know who you’re talking to.”

If one of the “Hasidic” actors looks kind of familiar, it’s because he’s the famous star of Yiddish theatre and television, Fyvush Finkel. You have to look carefully to recognize the 90-year-old actor beneath the heavy beard and other Hasidic accoutrements. The actor tells the person behind the video camera it took a full hour to get made up like this.