Bette is Back on Broadway 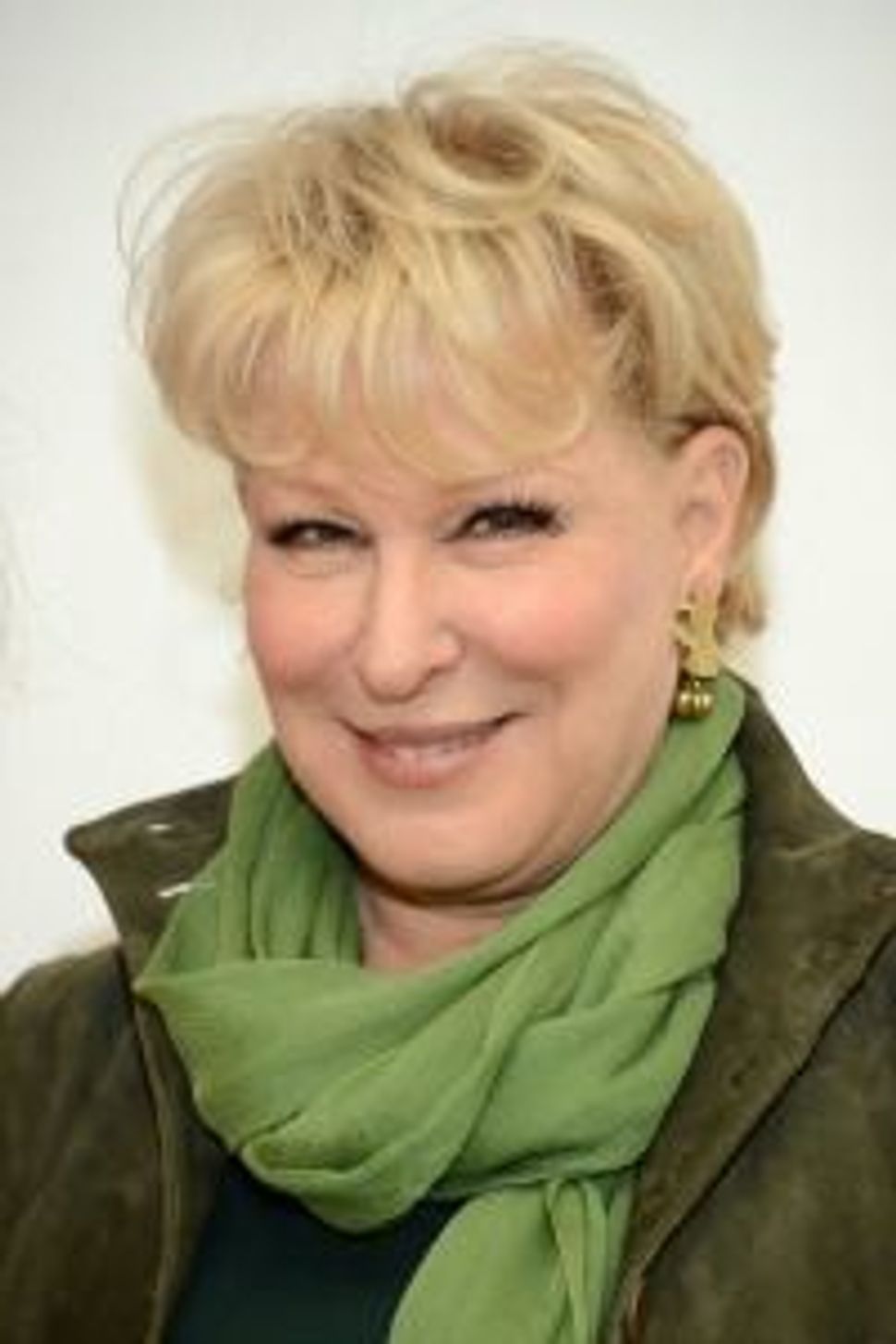 Bette Midler will be back on Broadway after a 30-year hiatus. She will star in a one-woman show based on the life of the late Hollywood agent Sue Mengers.

Looks like we’re going to be seeing more of Jerry Seinfeld and his comedian friends driving in cars and drinking coffee, since his web series has been renewed by Sony’s Crackle for an additional 24 episodes.

Maude Apatow, teenage daughter of Judd Apatow and Leslie Mann, does some spot-on impressions of the Kardashians in some footage from “This Is 40” that ended up on the cutting room floor.

It appears that the Hebrew Hammer sequel is actually going to happen. Adam Goldberg is already giving interviews about his reprising the eponymous role.

In yet another weird move on James Franco’s part, he showed up online recently in a bizarre video in which he dresses like Justin Bieber and lip-synchs to the singer’s “Girlfriend.”

And speaking of James Franco, Adam Ant has said that he doesn’t think the actor is quite up to playing him in a new biopic about the singer’s punk era days. But has Ant seen this 2011 photo of Franco impersonating him?

Wondering who that pretty brunette was with Justin Bartha on the beach over New Year’s? She’s his girlfriend, trainer Lia Smith.

It seems that Rachel Weisz may have spilled the beans about who plays the evil witch in the upcoming “Oz, The Great and Powerful,” movie.

Joseph Gordon-Levitt, who was seen having a ball with his dad at a Lakers game, is in final negotiations to star in “Sin City: A Dame to Kill For,” a new film based on a series of 1990’s noir comic books.

Howie Mandell tweeted his Jewish humor take on the controversy over Quentin Tarantino’s portrayal of American slavery in “Django Unchained.”

Lena Dunham, who unapologetically eats cake for breakfast and dinner, saved one of the band Fun.’s songs from oblivion by including it on the new “Girls” soundtrack album. (Fun.’s Jack Antonoff is her boyfriend.)

Dean McDermott gifted his wife Tori Spelling with a dazzling push present (for the birth of their fourth child last August). It’s a huge 1920’s Chinese jade and gold ring.

Steven Spielberg says he reads all his movies’ reviews. He just doesn’t send thank-you notes to the critics. “I don’t communicate — because they have their job and I have my job, and there doesn’t need to be any answering them,” he said.

The paparazzi are always photographing Sarah Jessica Parker walking her kids to school, but a shot of the actress and her twin daughters wearing matching leather jacket outfits has caught the eye of all the fashion bloggers.

Gorgeous Bar Refaeli was never an ugly duckling. It’s clear from an old family photo of her and two of her brothers the supermodel posted on Twitter that she was born a swan.

Bette is Back on Broadway