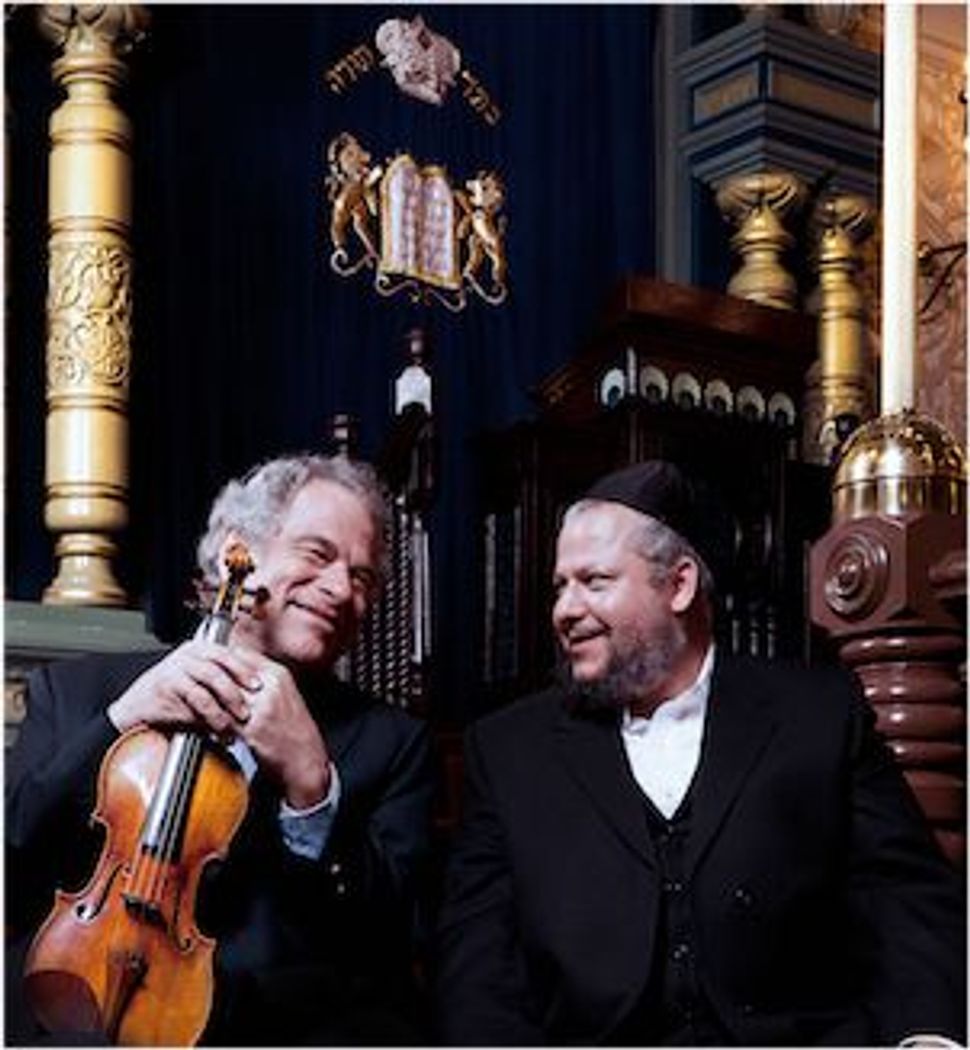 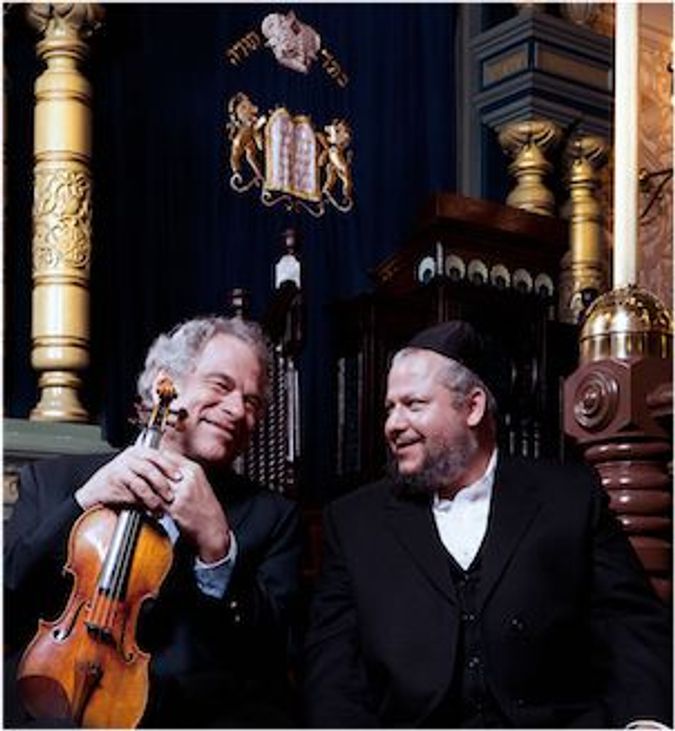 Bruce Ratner, the developer and majority owner of the Barclays Center arena in Brooklyn, which opened last September with a Jay-Z show and hosted borough native Barbra Streisand a month later, holds a special place in his heart for cantorial music.

“My parents are both from Eastern European descent, so that type of Jewish music is in my blood,” Ratner said. “I grew up going to my Conservative synagogue in Cleveland, where they had an amazing cantor who I absolutely loved to listen to. And as I got older, I was always buying cantor CDs. The music is just so refined.”

Ratner, the chairman and chief executive of the real estate development firm Forest City Companies, is taking personal pride in having spearheaded efforts to put on the first Jewish event at the venue: a February 28 concert featuring the renowned Israeli-born violinist Itzhak Perlman sharing the stage with Cantor Yitzchak Meir Helfgot. The Barclays performance comes on the heels of the pair’s recent collaboration, “Eternal Echoes: Songs and Dances for the Soul,” an album of Jewish music released in August.

In an age where klezmer music has gained a following in the downtown jazz scene and Yiddish culture has experienced something of a revival, Ratner is optimistic that between Brooklyn’s hipsters and Chasidim, the show will find an audience.

“I know not everyone listens to cantorial music today, but if they really listen, they’ll find such a history behind it,” said Ratner, who became acquainted with Perlman 30 years ago when their daughters attended private school together in Manhattan. “Growing up, cantors used to be treated like rock stars, and I think kids today unfamiliar with it will really find this concert enjoyable.”

A century ago, it was hardly uncommon for Jewish cantors to perform at venues like Barclays. Cantors such as Yossele Rosenblatt and Zeidel Rovener were mainstream stars, recording popular records and gracing the stages of Madison Square Garden and Carnegie Hall.

Only about a third of Barclays’ 19,000 seats are going to be made available for the Perlman-Helfgot show, but it’s still likely to be one of the largest cantorial concerts in the United States in nearly a century.

“I can’t think of anything as big as Madison Square Garden after Rosenblatt or Rovner in the ’20s,” said Neil Levin, the artistic director of the Milken Archive of Jewish Music in Los Angeles.

Fans have long been taken with Perlman, who as a boy was crippled by polio, yet became one of the premier classical musicians of his generation, straddling classical and pop in a way that many of his classical peers can only envy. Perlman appeared at the first inauguration of President Obama and on the soundtrack of the Oscar-winning 1993 film “Schindler’s List,” not to mention on “Sesame Street.”

Perlman recalls the first time he heard Helfgot’s voice – at a concert in Israel.

“I thought, ‘That would sound excellent with a violin!” he told JTA. “I later approached him backstage and said, ‘We must make some music together.’ ”

With barely a month until the show, Perlman said he and Helfgot have not yet decided what they will play, but it probably will include a mix of new material and old favorites – and certainly the classic crowd pleaser “My Yiddishe Mama.”

Their show is the first concert being self-promoted by the Barclays Center, but Ratner says he plans to host more Jewish events.

“Making more events for the Jewish community is really important to me,” Ratner said. “It’s something that I’ve always wanted to do, since the Brooklyn market is so big, and I’m going to treat these events a little more differently.”

Barclays will designate certain sections for gender-segregated seating in an effort to draw Orthodox patrons and is bringing in kosher food purveyors. Some of the proceeds will go to the Metropolitan Council on Jewish Poverty as well as the Perlman Music Program, a school for gifted musicians in Manhattan.

“The whole thing is very exciting,” Perlman said. “I just hope things go well. One time, an audience member got sick during my performance and I couldn’t help but think he was placed there as a critic.”