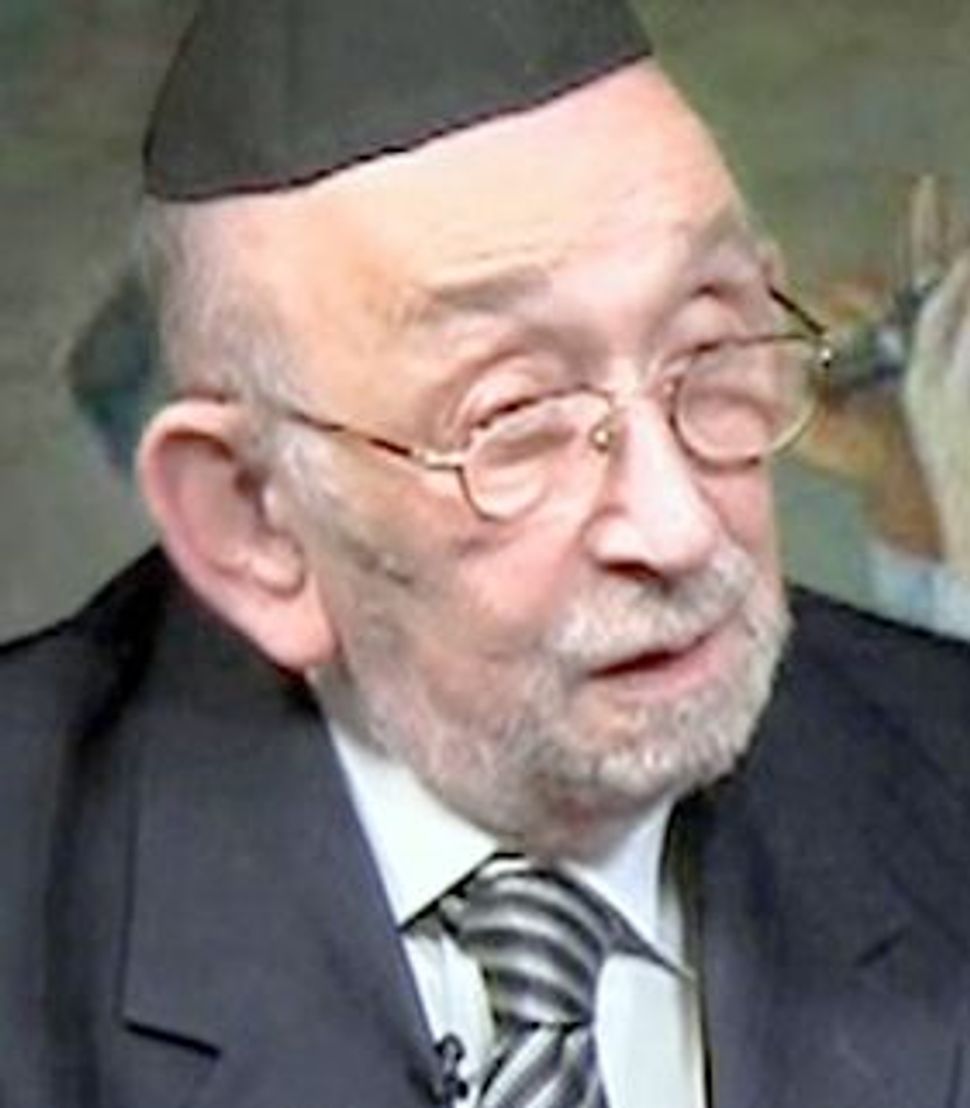 Joseph Friedenson, the founder and long-time editor of the Agudath Israel organ Dos Yiddishe Vort, passed away February 23 at his home in Manhattan, the Forverts reported. Friedenson, a survivor of the Holocaust, founded the monthly Yiddish journal in the Feldafing and Landesberg displaced persons camps in Germany, and edited it continually in New York since 1953.

Friedenson was born in Lodz in 1922. His father, Eliezer Gershon Friedenson, was one of the leaders of the Beis Yaakov school movement in Poland. After the outbreak of World War II the family fled to Warsaw where they were imprisoned in the Warsaw Ghetto. There Friedenson married his wife, Gittel Leah Zilberman, who passed away in 2006. They both survived the Warsaw Ghetto, the Szydlowiec Ghetto, the Starachowice labor camp and Auschwitz, and were reunited a few months after the end of the war.

In a 2007 profile of Friedenson for the Forward, Toby Appleton Perl described him as “an avid newspaperman” who read multiple publications daily in several languages. During its heyday in the 1970s and ‘80s, Dos Yiddishe Vort boasted a readership of up to 8,000 people and published many highly regarded Yiddish writers, including Friedenson himself.