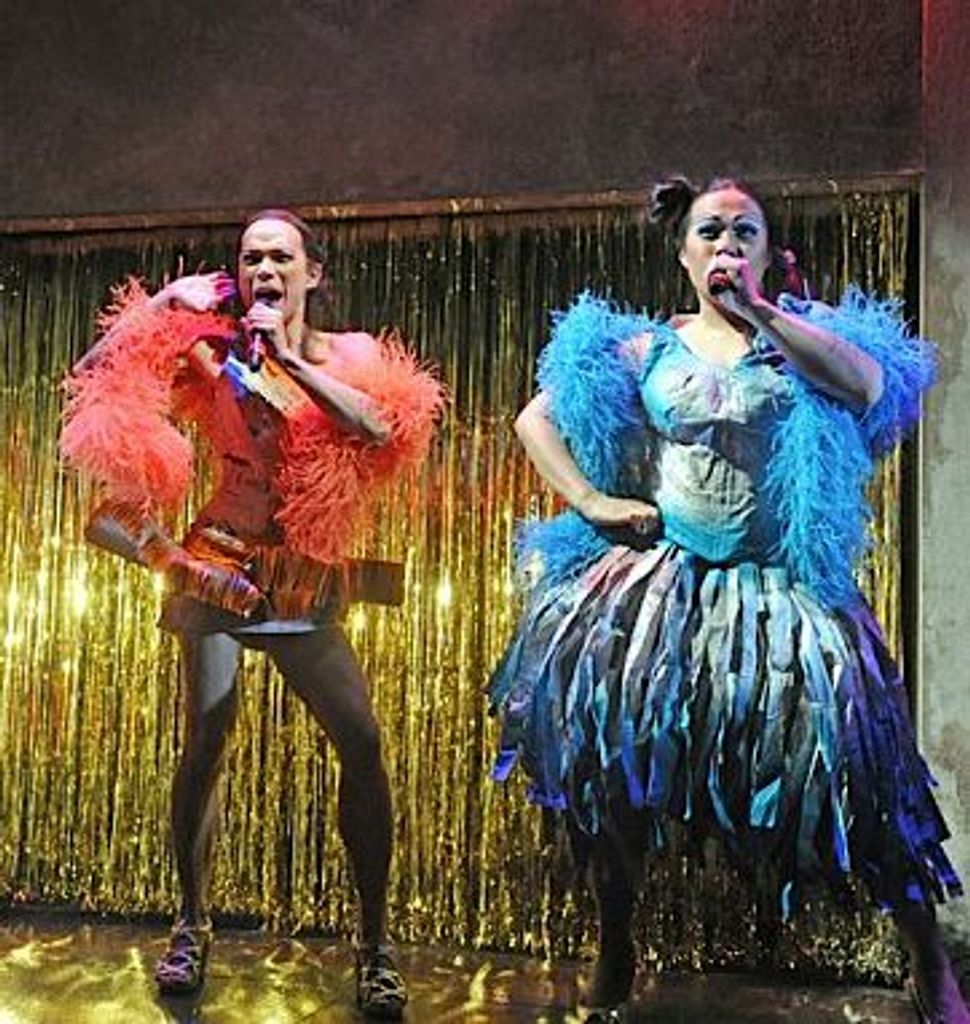 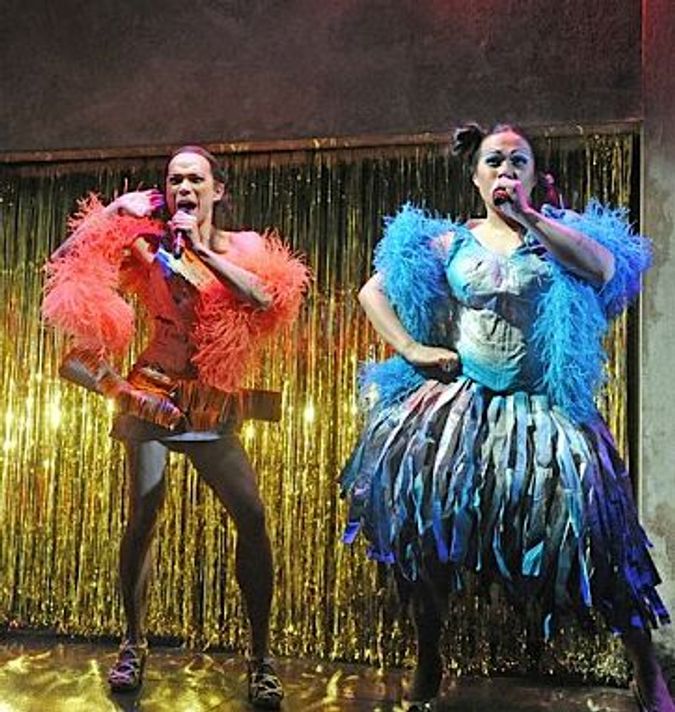 This is a big story to tell on a small stage, but American writer Philip Himberg has managed an effective transfer. Himberg, the Artistic Director of the Sundance Institute Theater Program, told The Arty Semite that he was drawn to the story when he saw the film at its Los Angeles Film Festival premiere. He sensed that “Paper Dolls” had the potential for being a live, theatrical piece. Three years and 25 drafts later, his instinct has been proven correct.

“The idea of how people in our universe are crossing boundaries, literally and metaphorically, to make lives for themselves, and that this clash of culture — these Filipinos who are taking care of Orthodox men — just seemed like an incredible example of that,” Himberg said. Although the story is specific to Tel Aviv, there is a universal relevance to the issue of young people who are either unable or choose not to care for their parents or grandparents, and arrange for immigrants to do that work instead.

There are many parallels between the film and the play but Heymann told Himberg to make the play his own. While Himberg tried “to identify the stories that existed which were the most compelling,” he also made changes to heighten the dramatic tension. Heymann, who is in practically every frame of his film, takes the form of Yossi on stage, an ambitious, slightly antagonistic gay documentary filmmaker. The underlying narrative is the Dolls search for fame and Yossi’s intervention, but it is the Dolls relationships with each other that dominate.

The play is set in 2004. The straight lines of the city’s Bauhaus buildings are reflected in its stage design, and sepia lighting helps evoke a sense of place. Amidst the club scenes and contrasting religious enclaves of Bnei Brak, there are moments where we are reminded that this was also a time of regular suicide bombings. The show weaves between Hebrew, English, Yiddish and Tagalog, and the Dolls’ song-and-dance routines are lively; they are resplendent in colorful costumes complete with feather boas.

The strong injection of gay flamboyance can come across as exaggerated at times, but the most powerful and touching scenes are between Sally (Salvador), played brilliantly by Francis Jue, and Chaim, the elderly man he looks after. Unfortunately both the cast of the Dolls and Harry Dickman (Chaim) are let down by some weak supporting actors, whose inauthentic Israeli accents are distracting.

Himberg says that the meeting of the real Dolls — four of whom are now living and working in London — with the stage Dolls was “incredible.” At the end of one performance Indhu Rubasingham, the artistic director of the Tricycle and director of “Paper Dolls,” invited three of the real Dolls from the audience onto the stage.

Although the purpose of the exercise was unclear — perhaps it took place because it was press night — the encounter was poignant. This production is dedicated to Sally who, having left Israel after Chaim died, was killed in Dubai under unexplained circumstances in 2007. It’s a sharp reminder that this is a play based on real lives.